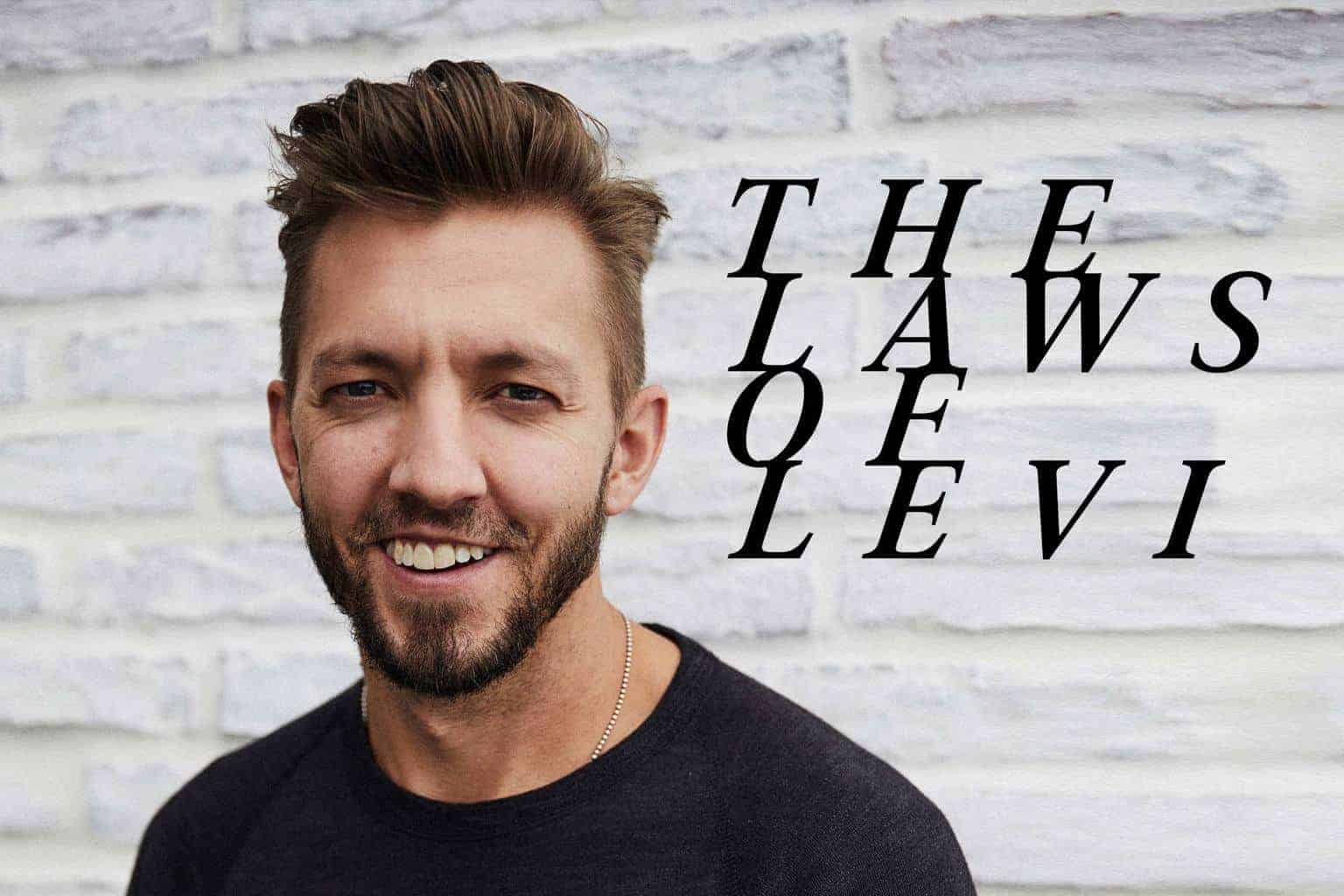 Self-help” tends to get a bad rap. For many, the topic recalls vaguely New Age-y “speak your destiny” Oprah talks and platitude-heavy books that promise to unlock your hidden potential.

Author and Fresh Life Church pastor Levi Lusko understands that skepticism. When he posted a few pages from his book I Declare War: Four Keys to Winning the Battle with Yourself to his nearly 50,000 Twitter followers, one reaction stood out. “One statement—a thousand verses support what the statement was saying—and the first comment was, ‘Where’s the Gospel in all of this?’” he remembers.

“There’s a whole lot of moral teaching in the Bible that shows what it looks like when the Gospel has taken root in your heart.”

Lusko realized that while the notion of “self-help” is a positive one, it’s largely been overrun by treacly advice from people with questionable motives. But just because the genre is in a bad place, doesn’t mean it has to stay that way. Lusko is reclaiming the idea of self-improvement but looking at it through a biblical lens—one that isn’t focused on how you can change yourself but on how the Bible teaches us profound truths about how God changes us. To hear Lusko tell it, the war on the self is a winnable one—as long as you know who’s really sending you into battle and what the real objective is once you’re there.

With a new year upon us, many people are looking for fresh starts, useful tips and healthy practices to work into their 2019 routines. Here are Lusko’s thoughts on new ways to go about that and actually help yourself.

WHY DO YOU USE THE METAPHOR OF “WAR” WHEN TALKING ABOUT SELF- IMPROVEMENT?

It’s handed to us in a thousand metaphors all across the pages of Scripture. Athletic competition and soldiers in military warfare are the two most common analogies that Paul likes to employ to talk about what it means to be a Jesus-follower.

Someone I have long respected is [theologian] Warren Wiersbe, and I remember reading that he said, “The Christian life is not a playground. It’s a battleground.” The moment you underestimate your enemy, he’s going to take you out. He’s a roaring lion, and we can’t play with kid gloves on. We have to be willing to go to blows, and that’s true in every area.

WHAT ABOUT WHEN THE ENEMY IS YOURSELF—YOUR OWN SELF-DOUBT, FEARS, BAGGAGE, ETC.?

They have this saying in the military: “Two is one and one is none.” What they mean by that is equipment and preparation: If they have two, they count that as one, and if they count one, that is zero because they assume something is going to go wrong.

My plan is to seek God, but then I have to have a backup plan. If my goat gets got, my backup plan in that moment is a deep breath.

Most of us go without a deep breath most days. We sit hunched over our laptops and phones, and we’re breathing shallow. If you’re not breathing deep enough for your belly to extend a little bit, you’re not getting enough oxygen for critical thinking, and your body will always prioritize life-saving functions ahead of handling emotions properly.

So, in those moments where you might want to fly off the handle
and tweet something you’ll regret or hurt someone, if you instead choose a backup plan … you can find yourself avoiding those situations.

ARE THERE ANY SPIRITUAL PRACTICES YOU’VE STARTED TO  INCORPORATE? WHERE DID YOU LEARN THEM FROM?

It’s funny, I wish I could say, “Oh yeah, bro. It was St. Francis of Assisi”—but actually it was my boxing coach. I was out of breath between rounds. I’m doing a two- minute round with a 30-second rest, and in that 30-second rest, usually my lungs are screaming, and he always goes, “Stop, Levi. Breathe deeply.” I noticed that the less I felt like I needed to do it, the more I actually did.

I started to incorporate these ideas into my life. When I actually take the time to literally get down on my knees, I think the posture of humility can become a ritual. It also can put you in that position that is going to help you have the mental state you want.

If you stand with your hands on your hips or up in the air, that has been found to cause your body to secrete confidence-building hormones. It’s no wonder that in the Psalms, we’re told to raise our arms, shout and clap our hands.

All through the Psalms, the worship that God wants is full of body posture that is going to cause you to be in a state of mind that you want to be.

WHAT ROLE DO YOUR OWN THOUGHTS PLAY IN THIS?

The Bible said as a man thinks in his heart, so he is. So if I can take  control of your thought life, I can take control of your whole life. And I think the enemy knows this, and that’s why he’s got us living lives of worry and anxiety and stress and comparison.

The more we can take control of our thoughts, we’re putting our hand on the rudder, because out of the thought springs forth action. That’s why Colossians says set your mind on things above. That’s a choice. That means choose what you think about. And again, Jesus said love God with all your heart, all your soul but also all your mind.

What does it look like to control your mind and love God in that
way? I think, and this is my theory, that it’s positive thinking—I think that’s part of it. It’s funny because people I know who sneer at the idea of positive thinking tend to be the most negative. And yet when I look at Scripture, and I hear about a God who anointed my head with oil and set the table before me in the presence of my enemies, and
He goes before me with thoughts of goodness and not of evil, that sounds pretty dang positive! Revelation ends with a banquet that lasts 10,000 years. That’s pretty dang positive too.

If you examine every thought that goes through your head and run it through that Philippians 4:8 filter— if it’s not good, if it’s not helpful, if it’s not kind—you take it captive. I think you’re going to find your life a bit better.

YOU ALSO TALK A LOT ABOUT THE POWER OF WORDS. WHY DO YOU THINK UNDERSTANDING THIS IS SO IMPORTANT?

That’s a topic that I think has been abused. Any time there’s an abuse there’s always another side of it, and that is neglect.

When it comes to a subject like the positive confession movement where we would say, “Oh, my Prius just turned into a Ferrari!” Well, when I walk out to that car, I don’t think it’s going to be a Ferrari. That kind of power of positive confession, that’s one form of abuse, but another form of abuse would be just neglecting a powerful area God gave us, and that is the words we speak can cause life or death.

The way I speak [of a situation] changes my mentality. I think the same is true with marriage and kids and everything. You can talk about your crappy car or you can say, “Thank you God that I have a car.” “I hate my job,” or “Thank you, Jesus that I have a job.”

I think the No. 1 thing that we should put into our words is gratitude, and we will watch mountains move both inside our hearts and in our lives as well.

FOR SOMEONE WHO WANTS TO TAKE THE FIRST STEP TOWARD THIS KIND OF BIBLICAL SELF-BETTERMENT, WHAT DO YOU SUGGEST?

You can’t win a battle you won’t admit you’re in. When you come to that decision of, “I’m actually going to do this,” something changes inside of you, and it shifts how you think about it and how you speak about it.

What I encourage people to do is to get before God and show Him—because nothing sanitizes like light. I also encourage you to show it to someone who loves you and can be a little bit of accountability to you.

I think there’s this incredible power that enables a switch to flip inside of you when you’ve dragged that into the light and say, “No, I’m going to oppose this with all of my might.”

Why is it that God spoke of Joshua and Caleb as having a different spirit in them? I think it’s because they wholeheartedly followed the Lord, and I think so many of us run around doing so many things that we forget to do that one thing that’s needed.