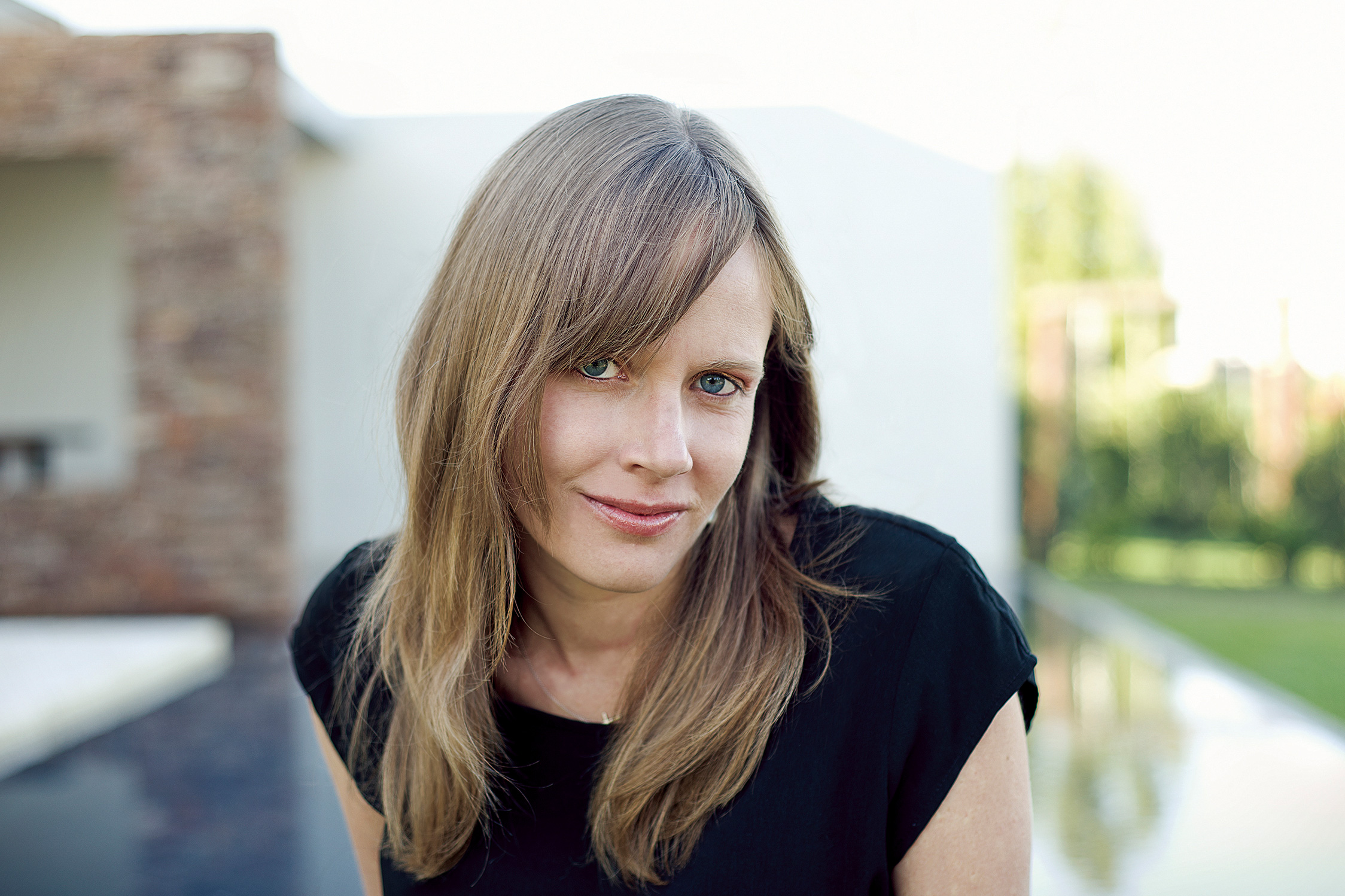 It was while living in the ground floor apartment of an orphanage in Kenya that I first became a leader.

Indeed, 170 of the noisiest children I’d ever met served as the backdrop to my shaky foray into leadership.

I had gone to Kenya to climb a mountain. It was the end of a yearlong trip around the world, and I yearned to hike in a country I had long dreamed of visiting. When someone recommended I spend a night at a guesthouse near the base of Mount Kenya to rest up for the trek, I readily agreed.

A nearby orphanage owned the guesthouse, and after an hour in that orphanage, I made the decision to stay. I lived in the orphanage for a year, and I never did climb that mountain.

In the beginning, I led the children. With only three full-time staff members for the scores of kids living in the children’s home, I handily got the job. My primary qualifications? I was there. When I asked the orphanage elders what I should do with the children while I wiled away a year in their midst, they said clearly, “Teach them to run.”

I was a marathon runner, sure, but I was the slowest one to ever be seen around the Kenyan highlands. Any local could outrun me with a bag on his head. This was not a job I was suited for. But once again, my primary qualifications won out. I was there, and the orphanage elders saw that.

The months I spent training 18 teens to run a marathon and holding the hands of the dozens of younger children who ran for the sheer pleasure of the chase turned me into a coach. A leader, if you will. I pointed and directed and orchestrated and executed and inspired. Or at least I tried to.

Along the way, I brought together the athletic and educational programming I was running under the direction of a nonprofit I started: Hope Runs. We ran it from that orphanage apartment, kids screeching and laughing in the background of international conference calls.

And then, just when I thought I had become comfortable in the one leadership role that had been foisted on me, another one came along.

At that time, a blog I had started while traveling around the world for a year had become popular, and my recent updates about living with the children in Kenya had continued to reach thousands of readers. People were listening to what I said. Joining Twitter, a then-tiny platform, seemed the next logical step for a digital nomad like me. Even though with my painfully slow connection, I could spend 20 minutes sending one tweet.

It was worth the trouble, I would come to find, and soon I had many more people listening to me than I ever imagined.

Together, these early tools of my blooming “online presence” (a phrase someone else suggested for me), started to change my nonprofit organization, the lives of the kids I worked with, and then my own life.

The kids I led in running practices through my nonprofit weren’t the ones reading my posts. It was the other people, the folks far away, helping to fund the athletic and educational endeavors we were running that were reading them. And by reading, they learned, and by learning, they spread the word, and by spreading the word, a whole legion of people I didn’t know were supporting the work of Hope Runs.

This was my first lesson on what leadership in an online world could look like, and what it could do to change the world.

I would come to see that my digital presence was essential to any growing notion I had of my own personal ability to lead. Although I didn’t have grandiose notions of my influence in the crowded world wide web, I was beginning to see that I had a growing platform.

Then, I heard something else. Leaders lead from platforms, someone told me. Platforms? I asked. Is that what I had? And if so, did that make me a leader?

The first time someone called me a leader, I scoffed. At the time, I had no one who worked for me. I hadn’t yet graduated from business school or made it to Silicon Valley. I was single, without kids, and nary a pet in sight. Who was I leading?

And that’s how I started to learn about what the leaders of today really are, and what the leaders of today really do. We lead by being thrown into it. I led by scrambling to do all I could. And then I led by being told what I had become in the process. By becoming a, yes—reluctant—leader. A leader who could barely say the word without a sheepish grin and a quick glance over my shoulder to see if there was someone else—a real leader—standing behind me.

Still shaky, I grew in confidence. These were, after all, my first wobbly steps towards leadership. Later, when I would make it my business to hear the stories of how leaders became who they are today and what they did to shape and direct their own stories, I would see that this common thread unites all of them.

Along the journey, I’ve learned that leaders of today—the “new leaders” as I call them—need to push the envelope of what it means to truly lead in today’s world.

Here are the four key rules, as I see them, to being a new leader in today’s world.

No longer do leaders desire to sit at the head of the table directing a meeting, or stand on a podium addressing their adoring employees. Although this may happen at times by result of their position, the new leaders of today proactively take an entirely different tack. By working alongside their teams, by asking for constant feedback from those who seek their insight and by consistently seeking to better equip themselves with new knowledge, the leaders of now find that relevancy and engagement beat power any day.

In a world where power is dead, you can be sure that the notion of “followers” has fallen by the wayside. Leaders today don’t want sheep to flock to them, but tribes to encourage, equip, bolster and change the nature of their work.

The new leader seeks a vibrant group she can count on to regularly give her new ideas that will transform her business and life. A group ready to engage, debate and wrestle with the issues at hand, and not just accept the authority of a leader’s thoughts and ideas. A tribe ready to push back when a leader is wrong, and stand up for her when she is right. A group not intimidated by their leader, but supportive of her.

A leader today recognizes that he doesn’t know everything under the sun, and that the knowledge and wisdom of his tribe is essential to growing his leadership.

The new leader of today doesn’t limit her passions.

When I became a leader of my nonprofit organization, I didn’t hang up my leadership hat. I kept going. I did graduate from business school, I did move to Silicon Valley and start work at Twitter, a then-fledgling startup. I did write books. I did become a digital influencer, writing a business blog that many thousands read daily.

I reinvented what leadership meant for me, several times over. I went deep—caring about the work I did and doing it well—but I went wide also, casting a net that could encompass several parallel passions. Yes, I work in Silicon Valley, but I also started a nonprofit organization dedicated to uplifting the lives of AIDS orphans. I’m also a wife and a mother to a new baby and to a Kenyan foster son. And I’m also an author, publishing a memoir about the story: Hope Runs: An American Tourist, a Kenyan Boy, A Life Redeemed. Among other books now.

My passions in leadership run deep, but they also run wide. And they’ll continue to do so.

4. Old Leaders Must be New Leaders

If you are a conventional leader—you have employees, say, or you regularly give the opening remarks at quarterly board meetings—that doesn’t mean you’re out of luck when it comes to the new rules of leadership.

Firstly, remember that your leadership is not confined to the walls of the office. The boardroom doesn’t create a barrier. Instead, your leadership and your ability to influence others extends beyond the office. You are responsible to those you lead at all times—even on your off days.

Secondly, remember that you can be a leader in different aspects of your life by highlighting different strengths. Leaders in the office make leaders at home and leaders on the playing field and leaders in the yoga studio. Find leadership opportunities everywhere around you, no matter how conventional the leadership you exert in your day job happens to be.

Ultimately, the new leader of today sees the potential in these changing times, and finds unique ways to lead in the face of change. For some, this means taking the old ways and throwing them out the window. These leaders build online presences that attract devoted, clamoring tribes.

Others reshape old models. They create entirely remote companies where employees only see each other face-to-face a few times a year, but where the organizational structure remains hierarchical. Either way, the challenge for the new leader of today is finding the best way to create change and build movements in a world where the rules of leadership are being redrawn daily.

It’s an exciting, rewarding and thrilling time, and one I’m deep in the thick of. Come join me, you leader, you.

Claire Díaz-Ortiz is an author, speaker, and technology innovator who has been named one of the 100 Most Creative People in Business by Fast Company. Claire was an early employee at Twitter, where she was hired to lead social innovation, and has authored several books on leadership and innovation.