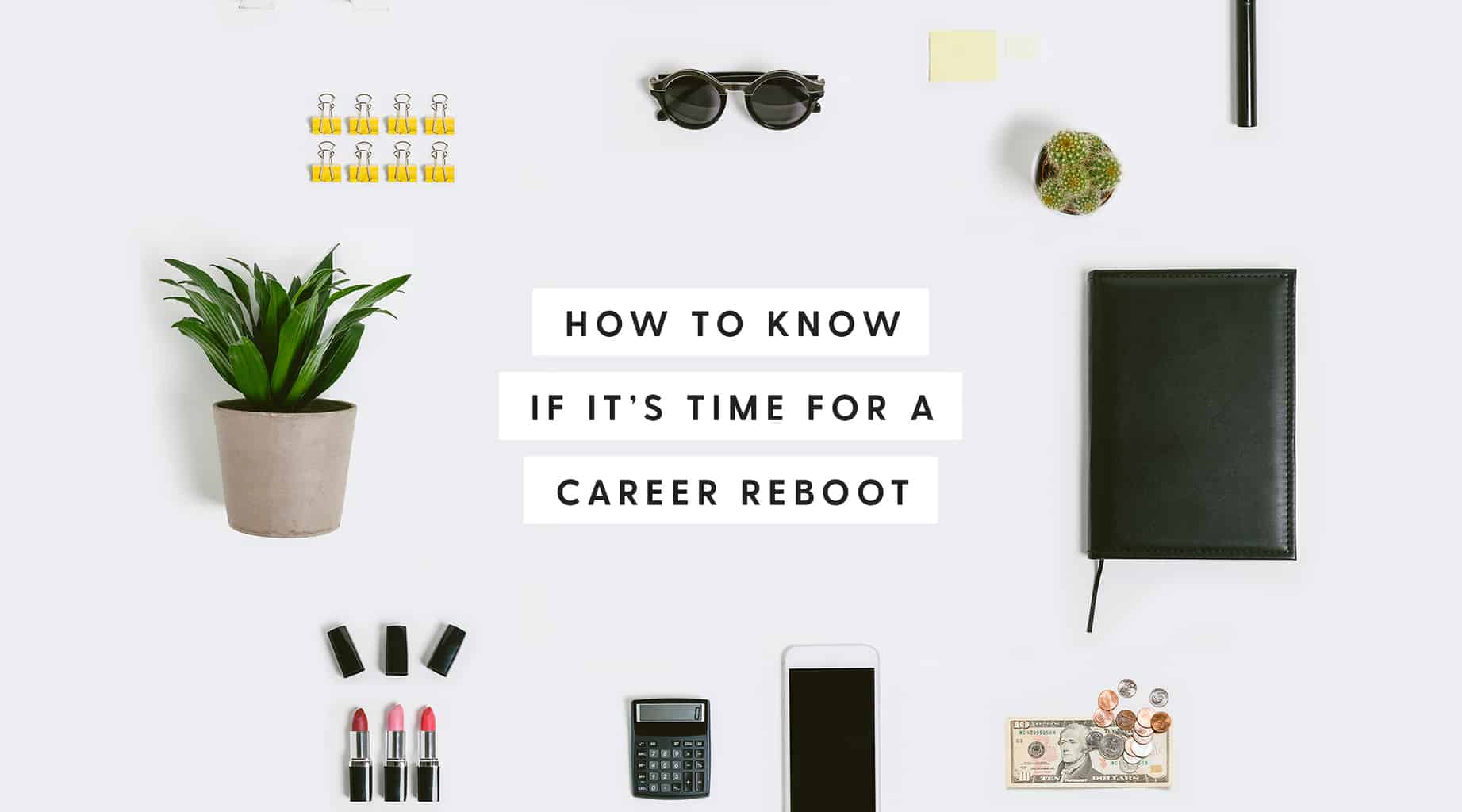 CRITICS MIGHT SAY 20-somethings are non- committal, but a less negative term might be restless or dynamic. Studies show workers in their 20s and 30s tend to hold onto a job for about two years. Why all the movement in this season of life?

Data says money could be a factor. A job change brings an average pay increase of 8 to 10 percent—not bad—but Forbes has written that staying with an employer more than two years could cost you a startling 50 percent loss in total lifetime wages.

LinkedIn, however, speculates the real reason millennials subject themselves to turnover could be a more intentional pursuit of a fulfilling career rather than settling for a good-enough job. Their data shows those who landed in fields with limited upward mobility, like media, education and government work, skipped off to more jobs in their first five post-graduate years than those who landed in steady, vertically inclined fields, like finance and energy.

The takeaway: The pursuit of a meaningful work life is normal and—now more than ever—expected (CareerBuilder says 45 percent of employers assume hired college grads will stay less than two years). Even so, knowing when to jump ship from your current endeavor can be difficult to discern. RELEVANT gathered a panel of business, entrepreneurial and vocational experts to lend their advice and wisdom on how to know when it’s time to take a risk and go your own way.

Here are nine ways to know if it might be the right time to move on to another career opportunity.

1. You’re not being challenged

“If we come to work and no longer feel challenged, we lose the desire to learn and stop caring what anyone else is doing. Then, not only do we risk getting bored, we start to become bitter and angry whenever we are asked to do more than our job specifics.

“When that happens, it may be time to start exploring a career with a steep learning curve, something exciting, something that inspires us to want to learn more.

“There is one caveat, however. The joy of a career comes, in part, from being passionate about whatever it is you do. When we have passion for something we want to be challenged, and if you’re not feeling challenged within the first year or two of your job, odds are you were never passionate about it in the first place, or you haven’t given it enough time. Passion is something that develops and lasts.”

— Simon Sinek, best-selling author of Start With Why and Leaders Eat Last

2. You’re looking for a company that reflects your values.

“I wanted a place where every single day I came to work, I was in a community that held the same things in importance that I do. Part of [Patagonia’s] culture is actively working to protect family, and wild and outdoor places, but also collecting experiences with your children or people you work with. That’s what’s important to me, and it’s connected both. It’s more than just cramming money in your bank account.”

“I was missing adventure and change. I worked in market research, but meanwhile, beekeeping was opening my eyes to nature within London. It made my daily commute

much more interesting—I noticed the weather and seasons more—but it also highlighted how awful it was being in an office all day at a computer with artificial lighting. I began to feel caged. “I learned to stop assuming that I couldn’t do something, that someone else would do it better or that if it was a good idea it would have been done already. Lots of people have ideas but not many follow them up. Left to sit for long enough, these threads gave me the idea for Hive & Keeper, and the enthusiasm to embrace it. “Selling something you believe in is an incredible feeling. You have both freedom from corporate politics and the opportunity to embrace adventure. When something goes well, it’s your triumph.”— Emily Abbott, entrepreneur and founder of Hive & Keeper honey company

4. You’re not playing to your strengths

“There are seasons when we’ll not be in the center of what we feel we’re created to be and what we’re called to do. This is part of living in a fallen, broken world, but if this feeling is chronic, it can be time to consider doing something different.

“Our sweet spot is who we are beyond our everyday roles and responsibilities. When we’re in that sweet spot, we’re aligned with God’s design in the closest way we can experience, and seeking out ways to spend more time in our sweet spot can not only boost our personal well-being, but also glorify God and benefit others.

“Start by asking, ‘What are the moments when I feel most alive? [What compliments do I get on] my character, relationships or actions?’ These will give you an understanding of your strengths. Keep a notebook and write down those moments and look for patterns. Ask God to give you eyes to see what He has placed within you. This will not lead to pride. It will lead to praise. ‘I will praise you because I have been remarkably and wondrously made’ (Psalm 139:14).”

5. You’re not meeting your own standards

“For me, following the direction of someone else, whose ideas or judgment I didn’t necessarily agree with, didn’t seem like a sustainable way to exist. I literally cannot live with subpar customer experience. It drives me crazy. So to be happy and fulfilled, I needed [to have] that control. “I’ve always had very high standards, and I have exceptionally high expectations for what should be delivered to customers through a business, but I think the biggest obstacle is fear. The unknown is always more fear-invoking than the known, even if the known is not ticking all the boxes. I feel really unhappy when my standards aren’t met, but a friend said to me, ‘Fear is a choice.’ I love that.”

— Marcia Kilgore, entrepreneur and founder of five companies, including Bliss and FitFlop

6. Your boss isn’t teaching you

“It’s more likely than not you’re going to work for a bad manager at some point. Gallup says that 70 percent of managers are terrible [Ed: Gallup estimates that 70 percent of employees say they’re disengaged at work due to poor leadership, and reports that 82 percent of managers don’t have the right talent for their position]. If they’re pulling you down and you’re not learning from them, you need to get out quickly.

“But you can learn a lot from jerks! I’ve had some jerk managers deliver learning in a really ugly box, but if I focus on what they’re trying to teach me, it was some of the best advice of my career. Don’t leave the manager who’s teaching you just because they’re a jerk. It’s when you’re not growing that you need to leave.”

7. Your numbers aren’t adding up

“I would say it took a few years for me to come to grips with [the money issue], but Jesus talked a lot about money, and there’s a lot of Scripture that seems to encourage sitting down with a pencil and paper and asking if it really makes sense. I consider the Apostle Paul building tents to make extra money when the churches weren’t financing fully.

“For somebody who wants to build, ask yourself: Do you have enough money to build? If not, don’t build it. I was thinking and praying and talking about leaving ministry, but I didn’t pull the trigger for three years. I wanted to stay away from subjective ‘calling’ stuff, and see what the Bible says about the will of God. It came down to lifestyle choices. If I’m doing those things God wants me to do, then in whatever else I do, if it’s within God’s will, He’ll open the door for me.”

— Charles Specht, former pastor and author of Revealed: God’s Will for Your Life

8. You want a place that rewards creative thinking

“Often, HR tends to be one of the least dynamic parts of a company. There’s not a lot of innovation, and it tends to be administrative. I needed a place that would let me explore progressive ideas of what HR could do.

“At Patagonia, I have an open door to explore unconventional approaches. I’ve had a lot of free rein to explore and be innovative in thinking about how to build a different HR. That was really inspiring to me.”

9. You want to apply your skills and experience elsewhere

“The skills we learn in one career are often more transferable than we think. Let’s say someone has been an actor
for 10 years and now wants to work in corporate training. Actors learn the value of teamwork—they’re only as good as the other people in their cast—and actors learn discipline. They have to be ready on opening night. A career in acting gives someone a huge advantage in how to communicate ideas in a way that are compelling to others.

“The ability to see the skills required to do the job will give any candidate the confidence to do something completely different. The biggest obstacle to shifting one’s career path is perceived credibility. Either others will think we are not qualified based on our previous experience, or we doubt our own abilities based on our past experience.

“Here’s the solution: Get over it.” — Simon Sinek