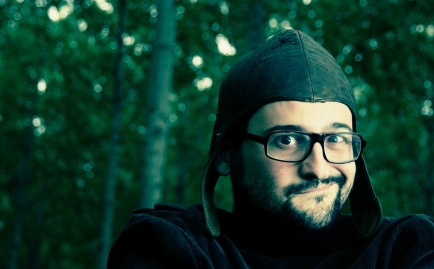 The world is broken. If God looked on it in the beginning and said, “It is good,” what we have now is a mere shadow of the original glory of creation. Google the word “scandal” and 1.67 million results pop up in the news feed. The stories should be shocking; every level of government and education, denomination of the church, sector of business; there is no level of power-broker that brokenness has not reduced to press-conference apologies.

As a result, it takes very little wind to blow over an idealist’s house of cards. When it seems as if nothing can be taken at face value, when the goal of life is to “win friends and influence people,” as Dale Carnegie put it in 1937, there is a growing temptation to see selfish motives beneath every action. Cynicism is a baseball of a word, tossed around until it lands in the waiting hands of a critic who can use it to call someone out of the game. Some wear it as a merit-badge, proudly proclaiming that they are too sophisticated to be taken in by empty promises. Others avoid it like the plague, hanging desperately onto borderline sentimentality—or, worse, naivete, while the hurricane of reality batters at the door.

What does it actually mean? The dictionary defines cynical as “contemptuously distrustful of human nature and motives.” Singer Matthew Perryman Jones gets more creative in his definition: “Cynicism is nothing more than soul-rot. It’s nothing more than a coward dressed up in a tweed blazer smoking a Peterson pipe. It is dismissive and disengaged while looking invested and astute.”

The ability to be dismissive and disengaged, contemptuously distrustful comes from a sense of all-knowingness. If one already knows the answer, there is no need to engage in the question. Dick Keyes, author of Seeing Through Cynicism: A Reconsideration of the Power of Suspicion and director of L’Abri Fellowship in Massachusetts, sees this fundamental lack of humility as the key to evaluating cynicism.

“I define cynicism as overconfident suspicion,” he says. “Suspicion, which is good, has to be tempered with humility and love. It is a tightrope walk. I don’t have a tidy litmus test to know exactly where legitimate suspicion ends and cynicism begins.”

How does society—and, specifically, our generation—reach a point when it can be so ready to throw in the towel on hope? Among other reasons, part of the reason stems from the nature of the advertising beast that dominates our thoughts and media, telling us what to believe, think, do and consume in order to find happiness. The promises ring emptier than the Garden Tomb, and when we have our enormous expectations shattered, there are more advertisements for how to handle the letdown.

Imagine if a beer commercial were true. Drink a beer and the women will flock and the fun will never stop. The majority would argue that they don’t believe that is true, yet the influence is undeniable. There’s a reason that Budweiser, Miller and Coors pour millions into their advertising budget.

Take a step back from the product consumption market and imagine if everything the church has said or is saying was true. As Keyes put it, “You do the right thing and everything will go your way, God will bless you, and everything will work out.” In a realm where Christians have a calling to honesty more than any other group, expectations are often set up not just high, but un-Biblically.

“Christians ought to know better,” explains Keyes. “We know about the fall, we know about sin, we know about brokenness and should be able to be honest. But when that doesn’t happen, Christianity can be another part of sentimentality, which is dangerous when the world breaks through the sentimental veneer. The truth that God loves you shouldn’t get lumped together with our plans always working out. A lot of people are cynical about the church. It’s a short step to then be cynical about God.”

Daniel Boorstin proclaimed a similar idea in his book The Image, a book that is just as applicable now as it was when published in 1961:

“We expect anything and everything. We expect the contradictory and impossible. We expect compact cars which are spacious; luxury cars which are economical. We expect o be rich and charitable, powerful and merciful, active and reflective, kind and competitive. We expect to be inspired by mediocre appeals for excellence, to be made literate by illiterate appeals for literacy. We expect to eat and stay thin, to be constantly on the move and ever more neighborly, to go to the ‘church of our choice’ and yet feel its guiding power over us, to revere God and to be God.”

One of the most commonly used ways cynicism is used is in witty humor. Just read The Onion, watch Saturday Night Live, or listen to Bill Maher or Ann Coulter. Everything is ridiculed; humor is used to cut the legs off any argument. This is more than satire; it is a tool used to shame people into silence.

“Jesus used humor and satire when he said ‘You strain out a gnat but swallow a camel’ so I have to assume that satire is okay,” says Keyes. “But a cynic is very good at making people look silly, unsophisticated, and naïve, all things no one wants to look like. You can’t argue against it because you are made a joke. People fear that return shot.”

Dangerously attractive, cynicism is a way to “hide in the steel armor of pseudo-intellectual-babble,” as Jones puts it. An effective castle of self-protection, cynics can look down from a turret invincibly, not truly defending anything but pride.

“Cynicism always provides itself an exit, because you don’t have hope, because hope is dangerous to that activity,” says Keyes. “You will always have hope let down. By not hoping, you are not risking anything.”

Hope is about risk, about desiring in anticipation that something will happen. Christianity’s hope is based in the person of Jesus Christ; without hope, there is no faith, no reason to be a Christian. While suspicion helps one ask questions, cynicism throws the question out the window, saying it doesn’t matter.

“We need suspicion, but if we give it free rein, it will roll over the top of everything,” says Keyes. “I see suspicion as cooperating with faith, being fueled and limited by faith.”

Suspicion is a biblical principle. The New Testament alone uses Greek words implying “beware, be suspicious, caution” almost 600 times. Jesus himself cautioned the disciples to beware, to look deeper than surface level, to ask questions. There is profound level of humility in the very act of questioning; is assumes that you don’t know and are seeking truth.

And by holding on to hope, one can continue to make a difference. From Nelson Mandela, Martin Luther King Jr. and William Wilberforce all the way down to the leaders of ONE and Invisible Children, people are hoping, battling against cynicism. It is not a simplistic sentimentality, but a hope that something big will happen, a desire to see God’s grace infuse this world.

“Dr. [Francis] Schaeffer used to say ‘Each of us is a glorious ruin,’” said Keyes. “The cynic doesn’t see any glory at all. The sentimentalist sees all glory and no ruin. As Christians we’ve got to be able to see both, to realize that reality is both.”

The world is beautiful. Christians are called to see the “glorious ruin” of humanity. God bought back the world from ruin at the greatest cost. As a result, Christians can see the world as something worth loving, worth fighting for, to see it as Jesus sees it; a world worth dying for.