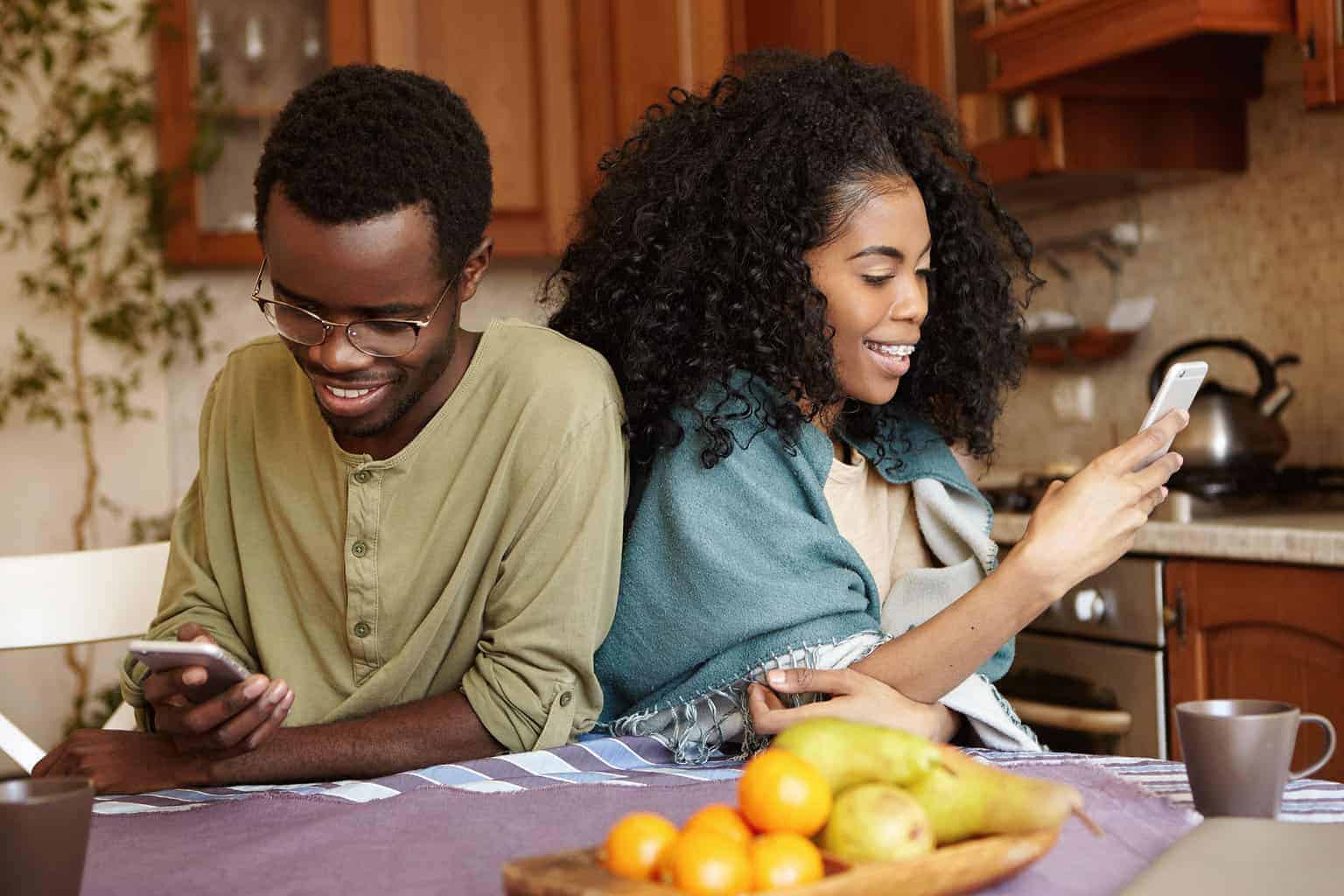 Living in a digital age is indeed challenging. The digital world serves us in many ways, but it fails us in many ways too. Because it is a world not likely to go away anytime soon, should we not learn how to converse in it in a Christlike, faithful way? We can start by centering ourselves on two key biblical themes.

First, we must recapture a theology of the incarnation. The digital life, with much of its communication absent of presence, can easily subvert the medium in which God speaks to humanity. The author of Hebrews writes, “In the past God spoke to our ancestors through the prophets at many times and in various ways, but in these last days he has spoken to us by his Son” (1:1–2). In both instances—that is, across God’s long history of speaking—He used people. Flesh-and-blood people. God’s communication was personal. Literally, incarnation means “becoming flesh.”

Are social media forms necessary parts of communicating in our world? Most likely. But we must learn to recapture the incarnational approach to communication God repeatedly modeled for us through the Old and New Testaments. Being “in the flesh” really does matter. Without it, we are left to offense and misunderstanding. Even more, we are deprived of sight, touch, sound, laughter. Binary code cannot replace physical friendship.

In pastoral work, one learns that people will forgive mean or errant words. People will forget texts and voice mails. But people do not forget who shows up. When someone is in the hospital, texts and messages come and go in someone’s mind—but the person in the room with them is quietly written into their history forever. Incarnational or embodied speech is the highest form of communication. Words plus presence make a world of difference. People do not soon forget incarnational moments.

Second to reclaiming a theology of incarnation, we must recapture a lived theology of the imago Dei—the image of God. The digital explosion has enabled us to forget the intrinsic worth and value of actual people who are made in the image of God. When you sit and read your Facebook feed or catch up on your texts or Twitter feed, all you see are little thumbnails of profile pictures. It is way easier to hate a thumbnail than a person. And the breakdown of communication on social media is testimony to the fact that we less and less see others as created in the image of God, inherently valuable in and of themselves.

Increasingly, we love people for their ideas or hate them for their ideas. In our world of freedom and mobility, we can easily create community with the people we love while ignoring and overlooking those we hate—all based on what they think. We no longer see and love people. We see and love ideas that fit our desires and wants, and we embrace the people who subscribe to them. In short, we often love ourselves more than others.

C. S. Lewis received many letters in his lifetime. So many that during the holidays he and his brother would spend up to eight hours a day responding. Even though C. S. Lewis was a professor and not a pastor, he believed it was his pastoral duty to respond to everyone in order to dignify and fulfill his responsibility to them. So voluminous was his correspondence that photocopies of his original letters fill a whole room of file cabinets at the Marion E. Wade Center at Wheaton College, and in the edited format by Walter Hooper, three massive volumes. A total of 3,274 of his letters have been preserved and an unknown number have been lost to history.

Looking at the body of people with whom Lewis corresponded is amazing. He wrote to men and women of every stripe. He wrote to stay-at-home parents, people in prison, those leading churches, those sitting in pews, and even extensively to children. This practice more than anything revealed something of Lewis’s theology. He didn’t just write to the thought leaders or elite of his day. Rather, he wrote to the everyman and everywoman, because he believed that everyone is made in the image of God. All people, regardless of race, creed, or perceived cultural value, were worthy of his time, energy, concern, and a letter.

Our relationships begin to change once we fail to recognize and remember God’s image in each and every person in this world. In fact, we must begin by remembering God’s image in all people as a rationale for re-engaging relationship. I (Ken) recall a conversation with someone at a Christmas party a few years ago. He was examining the loss of civility in politics—why the political sphere seemed to be more fragmented than ever. His theory was that everything started to go downhill when air travel became normal. It used to be that we would elect our congresspersons to Washington, D.C., and they would live there all year long. A trip home would be rare for them. So, they would work, live, and eat together. As a result, the members of Congress would develop relationships across the aisle—with “the other side.”

But then everything changed. Congresspersons were afforded the opportunity to fly home on the weekend. Today, it is actually common practice for congressmen and congresswomen to fly to their home districts on Thursday evening and return to Washington on Sunday evening. While it is good that they are in their districts spending time with their constituents, air travel has released them from having time to spend time with people of different viewpoints. They spend the bulk of their social time with constituents who elected them, and they do not socialize with those of another party. On this theory, some of the dysfunction in our political system is because Congresspersons ceased spending social time with their “enemies.”

In the words of Martin Heidegger, “the frantic abolition of all distances brings no nearness.”

We used to be a people who would grab drinks with the “other side.” Now, we do not even know them. Because we have increased mobility, getting away from the other is easier than ever. Before cars, planes, and buses, we were more obliged to love and engage those around us who were different.

Nothing speaks more to what we believe about someone than how we communicate with them. And if we do not begin rightly with a strong understanding of the image of God in all people—as people of inherent dignity and worth—then we will never speak to them as such. When we forget the intrinsic worth of every person in the world, this is the result. We abandon the other. We leave them. Then we demonize them. This is the result of a culture that no longer sees the image of God in those “on the other side.”

We must recapture that image, for without it we have no reason to speak to those with whom we disagree. We need to begin to understand afresh how to communicate. In the end, our conversations are a piercing reflection of what we think of one another. Digital communication may reinforce our depersonalization of the other, but it doesn’t have to.

Taken from Redeeming How We Talk: Discover How Communication Fuels Our Growth, Shapes Our Relationships, and Changes Our Lives by Ken Wytsma & A.J. Swoboda (©2018). Published by Moody Publishers. Used by permission.

It’s Almost the 4th of July. Here’s a Video of Watermelon Exploding