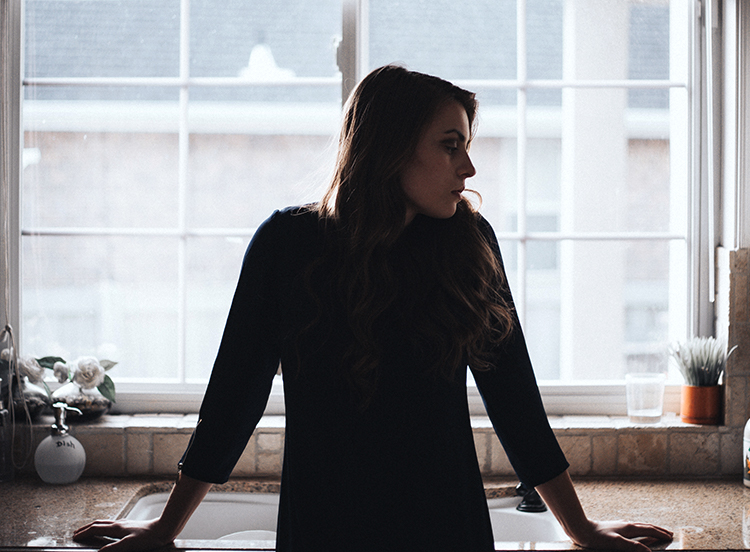 Do you have an opinion about me? What’s your first reaction—do you think I’m unmotivated, uneducated or unsuccessful?

Like most adults in my position, I didn’t expect to be living with my mother at this point in life. For one, I was sure I’d be married by now. God actually gave me a specific promise about my husband when I was 19, but it still hasn’t happened yet.

I could be living in my own place, but I started dealing with undiagnosable chronic fatigue seven years ago. Fortunately, I’ve discovered the issues on my own and found improvement, but I still can’t always do as much as I’d like.

My money goes toward health treatments and the like, though I do pitch in financially and try to split the monthly living expenses.

Lastly, I have a great relationship with my mom, with the exception of her yelling at me for a messy kitchen. I lived alone for eight years prior, but at this point I prefer the company if I have the option.

Let me add this: I am a Christian counselor with a private practice, seeing clients in my town and around the world. I also have a certification in natural health consulting.

Chances are, that was not what you were expecting at first glance. In reality, the 22.9 million adults living at home today each have a different story. If you’re not one of them, it’s easy to make quick judgements. If you are one of them, you know you have a story. And you know that no matter what your story is, you don’t want to be labeled or shamed.

Essentially, judging adults for living with their parents is unkind and unproductive. Here are specific reasons why:

Assumptions are not realistic (or respectful).

There’s a saying about assumptions, and it’s not a good one. While it’s easy to make quick assumptions, they can’t be relied upon as fact when we don’t know the details. What something looks like on the surface can be drastically different from what’s going on behind the scenes. There are a thousand different reasons someone could be living at home.

Assumptions are also not respectful. Many adults are facing hard times financially, and living with their parents may not be a choice but a necessity. While some of these people are not putting forth enough effort to say, find a job, others are consistently striving to get to a different place. Physical or mental illness may also be a cause for adults to move home. People often do the best they are able to do at a given time.

Treat others as you want to be treated.

The Bible says the second greatest commandment is to love our neighbors as ourselves (Mark 12:31). Whenever we interact with another person, we ought to ask ourselves if that’s how we would want someone to act toward us.

We all want others to look into who we are before they define us. We want them to look into the details of our circumstances first, before making blanket statements about our lives. Finally, we all want to be treated by others with kindness and understanding.

God doesn’t want us to judge.

Is there any area of your life that you’re not proud of? God says that if we apply judgment toward another person, that same judgment will be applied to us. And this doesn’t have to revolve around the same topic. If you are judging someone for living at home, you could face judgment yourself for another area.

Even if a person is in fact being irresponsible or taking advantage of their parents, do we have the right to judge them? Most of us are familiar with the story of the woman caught in adultery. She was about to be stoned by the crowd when Jesus said this: “You who are without sin throw the first stone.” Notice Jesus didn’t say, “You who are without the sin of adultery, throw the first stone.” He said any sin. And He knew that criterion applied to us all.

We’re often too quick to call out the splinter in our neighbor’s eye, while ignoring the plank in our own (Matthew 7:3), but it’s not what God calls us to do.

Living independently is a cultural norm.

Moving out by a certain age and living on your own is more of a norm in the U.S. and some European countries, rather than the world as a whole. Many Asian countries for example, place less emphasis on independence and more on the family unit as a support system. They encourage or expect their children to stay at home until they’re married. And once they are married, family members may be invited to move in with each other if the need presents itself. Aging parents are also expected to be cared for by their adult children, rather than to live alone.

Nowadays, many elderly adults are facing isolation and depression. It may be not be a bad idea for Western countries to learn from this mentality of honoring family relationships throughout life.

Think about the last time you were criticized for something you were doing. Did it make you feel better? Did it motivate you to change? Chances are, the only fruit you received from being criticized was hurt and anger. Likewise, if someone feels judged for living at home, they may only become distant as well as discouraged. They may feel stuck and less energized to move forward. People need love and hope to believe in themselves so they can make positive changes.

That being said, even if someone you know is clearly doing the wrong thing by living at home, condemning them for it likely won’t improve the situation. Rather, an attempt to empathize during kind and respectful conversations will take you much further than judgmental accusations.

is a Christian counselor who offers Skype sessions for those outside her area. Find her at jademazarin.net or on Facebook. She is the author of The Heart’s Journey to Freedom.