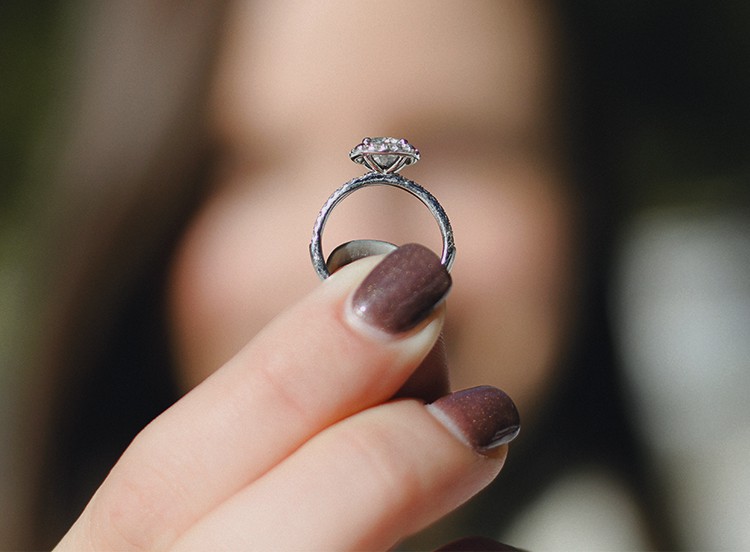 Chance the Rapper’s ‘Sesame Street’ Appearance Will Warm Your Heart

From international politics to Fortune 500 companies, to even the 13-year-old boy who will shovel your driveway this winter, big or small, any transaction between two parties requires a proposal. They make the world go round and serve as the vehicles we drive to accomplish our agendas. The sum total of a life can be traced back to the consequences of the proposals it has made.

No one understood the nature of proposals more than Jesus, He made them often, and knew both the elation of acceptance (John 2:23) and the bitterness of their rejection (Mark 10:17-27). A tremendous amount of pressure can come with making a proposal. They have a way of putting us out there, making us vulnerable and exposing our insecurities and weaknesses. Jesus’ proposals carry the weight of eternity upon their clauses, but next to agreeing to the terms of the Gospel, the weightiest proposal you could ever make is to enter into a lifelong, Christ-exalting covenant between God, yourself and a daughter of the King.

Marriage seems to be becoming an all-but-abandoned institution that God holds in the highest esteem. It is always intended to be a picture of Christ and His church, and there’s hardly such an amazing testimony of Jesus’ sacrificial love for His bride and His relentless commitment to love her to death. This is the reason we applaud when we see a marriage proposal and spend our lives romanticizing our own engagements in our imaginations. We unknowingly recognize marriage as divine and something that’s not from this world. Talk about pressure.

I know this pressure all too well. I wouldn’t naturally consider myself a person who has a hard time putting himself out there but preparing to propose was uncharted territory. From the start, our relationship was textbook. We took all the right steps: I found a godly woman, got her to like me and fell in love. We kept Christ first and “stayed pure.”

It felt as organic as Adam and Eve meeting in the Garden. In just six months, she moved from her apartment in Brooklyn to Philadelphia (where I live and serve in ministry) and three months after that; I was asking her dad for his blessing for marriage. It was smooth sailing the whole way through, God seamlessly opened the doors and I found myself walking right through them.

Then, things took a different turn. Suddenly, our momentum was halted, my clarity vanished, and my natural inclination for confidence was gone. I had no doubt she was my future wife but had no vision for moving forward with a proposal. My buddies (mostly married or engaged) would pester me, “So, did you ask yet? What’s taking you so long?” I played it cool, but in reality, I had no idea what to do.

Opinions and ideas were flooding in from every direction, and as gracious as my fiancé was, it was clear she had begun wondering if I had gotten cold feet. We had discussed marriage early in our relationship (since I am not a huge fan of recreational dating) and I had given her plenty of reason to believe that the timing was right for the next step.

I knew what traditional expectations looked like (beautiful scenery, fancy restaurant, nice suit and a picture perfect moment under the stars) but I also knew how much different our lives were from that ideal (urban missions workers with limited funds and a life dedicated to serving Christ).

So how was I going to be true to who Christ has called us to be and also wow her with the moment she’s been dreaming of since she got her first Barbie and Ken doll? The answer: By prayer and supplication with thanksgiving, making my request known to God (Philippians 4:6).

Long before I had to consider the logistics of achieving the perfect, Instagram-worthy engagement, I took for granted that a successful occasion would come naturally. I didn’t account for all the potential pitfalls and soon found that this joyous occasion was being drowned out by a more mechanical necessity to check engagement off some kind of list. It was proving to be exhausting and the right moment continually seemed to evade me. There were a few times I was going to pull the trigger but didn’t sense the peace that so regularly governed our relationship.

I was trying to work this special moment out in my own strength and now see that I was allowing external pressure to influence my perspective. Rather than committing this special occasion to God and His timing, I was pump-faking on a number of half-hearted efforts, hoping for something special in a puny, last-minute makeshift moment; certainly not the way you would want to make the biggest proposal of your life!

After a bunch of botched attempts, I made a purposeful and committed decision to lay down the pending moment at the feet of Christ, which was soon followed by a tangible confidence that overtook me. God was back in control and busy working behind the scenes to bring about the perfect engagement proposal. What I was failing to realize was that I wasn’t the only player in the game. God was far more concerned with the bigger picture and had bigger plans than my shallow agenda to close the perfect deal.

I wanted to look great for my girl, have an incredible story to tell and outdo my buddies who went before me. I was trying to be the star of the show and focus was on self, and ultimately, my eyes were not on the Cross.

If you’re reading this and realizing your eyes have wandered from the heights of heaven while caught in the nerve-wracking process of planning a proposal, do yourself a God-glorifying favor and look up (Colossians 3:1). You need the Holy Spirit to work this thing out. There is too much at stake, and you don’t want the ball in your hands when there’s this much on the line.

It’s Christ who saved you, Christ who blessed you with a partner, Christ who wants to use your marriage to make His name famous and to give you a sweeter heritage than you could ever dream of (Ephesians 3:20).

God made me look great in my engagement; I couldn’t have planned it better! He brought us to a place I’d have never thought of, allowed the right people to witness our special moment and made it more amazing than I could have ever imagined. My fiancée loved it, and I walked away looking like a champ. He who made the heavens can handle this (and anything else we go through).

Do yourself a favor and take the pressure off. Instead, I encourage you to buckle up and just enjoy the ride.

is a father, sushi-lover and blue belt Jiu-Jitsu fighter. He lives and serves as an urban missionary at New Hope Philly in Southwest Philadelphia.

Former Facebook Executive: “You Are Being Programmed” by Social Media