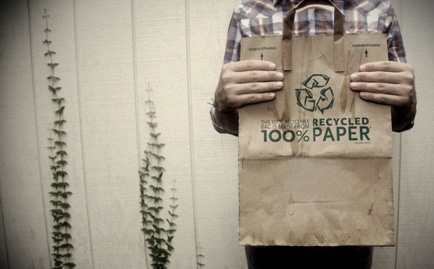 “Brick City”: Rebuilding From the Heart Up

Who would have thought that one day you would see trendy T-shirts, TV programming and teenyboppers … begging you to save the planet? Consideration and conservation have gotten increasingly trendy, yet, as most movements go, the heart behind the issue can be lost along the way. Green living becomes more about an image or a catchphrase than an actual purpose. Nancy Sleeth is the author of Go Green Save Green, a book that reminds people that taking care of the environment is actually about respecting God and your neighbor. She and her husband Matthew, a former ER physician, are the co-directors of Blessed Earth, a non-profit organization that draws attention to the issue and the practice of creation care. It’s been a long journey for this eco-friendly couple, one which Nancy says was both environmental and spiritual in nature.

Now, Nancy has published her own thorough guide to the green life. Go Green Save Green includes chapters on everything from transportation to church, with practical tips and charts on how one can begin living a conscious and communal life. “My main goal is to have people love God and love their neighbors by taking better care of creation,” said Nancy. “That’s absolutely it. It’s about my journey, and sharing it with other people.”

The relationships that benefit from living with a fresh environmental mindset are perhaps the greatest incentive and reward detailed in Go Green Save Green. “Community has been lost. We have a culture now of hyper-individuality. We have to learn to receive as well as to give,” encourages Nancy. “It’s okay to ask for help. Those relationships are what the body of Christ is. It’s not about my God, it’s about our God.”

And what of churches and conservatives who seem resistant to or unaware of an environmental consciousness? After all, the root of conservative is conserve …

“This is not a political issue, and it has nothing to with national boundaries, and it has nothing to do with denominations,” Nancy points out. “We all drink the same water and have rights to the same quality of life. And the people that are being hurt the most and the soonest are the poorest. The people that we are told to take care of are the least among us. So when we are not using resources responsibly, when we are not being good stewards of the resources that God has put under our responsibility, we are harming our neighbors and we are not showing love and respect for God the creator.”

So, if one wants to transition into a sustainable lifestyle, what is the first and most important step? Nancy’s answer is perhaps unexpected. “Start observing sabbath,” she says, adamantly. “People in their 20’s, they are just so focused on this 24-7 life that needs to be a 24-6 life. It’s our mental health prescription, and it’s the most important thing that they can start doing right now.” This is about more than napping and attending church, of course. “We generally save 10-14% of the resources that you use by [observing sabbath]. So yes, it does have an environmental effect, it does have a monetary effect, but the most important effect is that it gives you time to be still and know God, to get to know your neighbors, to spend time in community, to have people over for dinner, to take a walk in nature and see the face of God,” said Nancy, whose family prepares for their sabbath ahead of time by completing all tasks, cleaning the house, and turning off computers and other sources of electronic messaging.

Other changes that Nancy considers key to a green lifestyle include taking shorter showers and modifying your modes of transportation. She is an advocate of “Navy showers,” getting in and out as quickly as possible, to conserve water. “That’s something I can do for my neighbor every single day. If we just flush our toilet and brush our teeth, we’ve used as much water as people in the third world have per day.”

She also recommends riding bikes for shorter trips, as well as utilizing public transportation and carpools to promote community while helping the environment.

Nancy acknowledges that living green starts with a mindset, and that the practical aspects will follow. She suggests that before making an decision, even a purchase, you should ask yourself two questions: By doing this, am I loving God, and am I helping my neighbor?

The story behind the activist

It hasn’t always been this cut and dry for Nancy. When she met her husband, he was a Protestant carpenter installing
a bay window in her home … where she lived with her conservative Jewish
parents. “No one was happy about us getting married,” explains Nancy,
noting the irony. “But our attitude was, ‘Well, if that’s what religion
is about, then forget religion.’” Despite their differing backgrounds
and the protests of those closest to them, they fell in love, married,
and began their new life together—a life that closely resembled the
stereotypical “American Dream.”

“He became a physician, and we
had two kids, and a beautiful house on the coast of Maine, and all the
things that money can buy. But there was a hollowness inside,” admits
Nancy. “And so when bad things started happening in our life, we didn’t
have an anchor.”

Within a short period of time, both their
personal and professional lives experienced great tragedy, provoking
Nancy to approach her shaken husband one night with two questions: What
do you think is the biggest problem facing the world today? And what
are we going to do about it?

“The reasoning that he gave me is that we have all
these other problems but if we don’t have a planet to sustain it,
during things like abortion, things like AIDS, things like poverty, it
wont even matter because there wont be a planet to sustain all of
life,” continues Nancy. As for that second question … well, the Sleeths
would soon be dedicating the rest of their lives to the answer. But
first, they embarked on a religious exploration.

“We read all
sorts of scared texts, we were open to anything. And eventually,
through God’s grace, [Matthew] picked up an orange Gideon Bible one
fall afternoon in the ER,” said Nancy. Before long, both Matthew and
Nancy, as well as their two children, had come to realize the truth of
God’s love. With this conversion came a new sense of responsibility.
“We realized that we had to make some significant changes in our lives
because the life that Jesus was calling us to was very different from
the life that we were leading,” said Nancy, pointing to Christ’s own
habits as the foundation of this opinion. “Jesus said if you have two
coats, give one away. He didn’t have a place to lay his head, he didn’t
have a home to live in, he only rode once, and that was on a colt. We
had way more stuff than that.”

As with most life altering
revelations, drastic and permanent change took place. After conducting
an environmental audit, Nancy found herself residing happily in a home
the size of their old garage, living on nine tenths of the electricity
they were accustomed to using. Her husband decided to leave medicine at
this time, believing he could make a greater impact by “working on this
global health problem.” He wrote a book called Serve God, Save the Planet,
and together they formed Blessed Earth. Requests for speaking
engagements began coming in. It was soon apparent that a simpler and
quieter life was actually more full than they could have imagined.

“We
decided to share this message that is really just an old theology,”
Nancy says of the mission of Blessed Earth. “People are realizing that
something is very wrong in our lives, that we’re too focused on stuff,
that there is too much noise in our lives. We’re painting a better
picture, of not just giving things up, but living a more joyful life, a
quieter life.