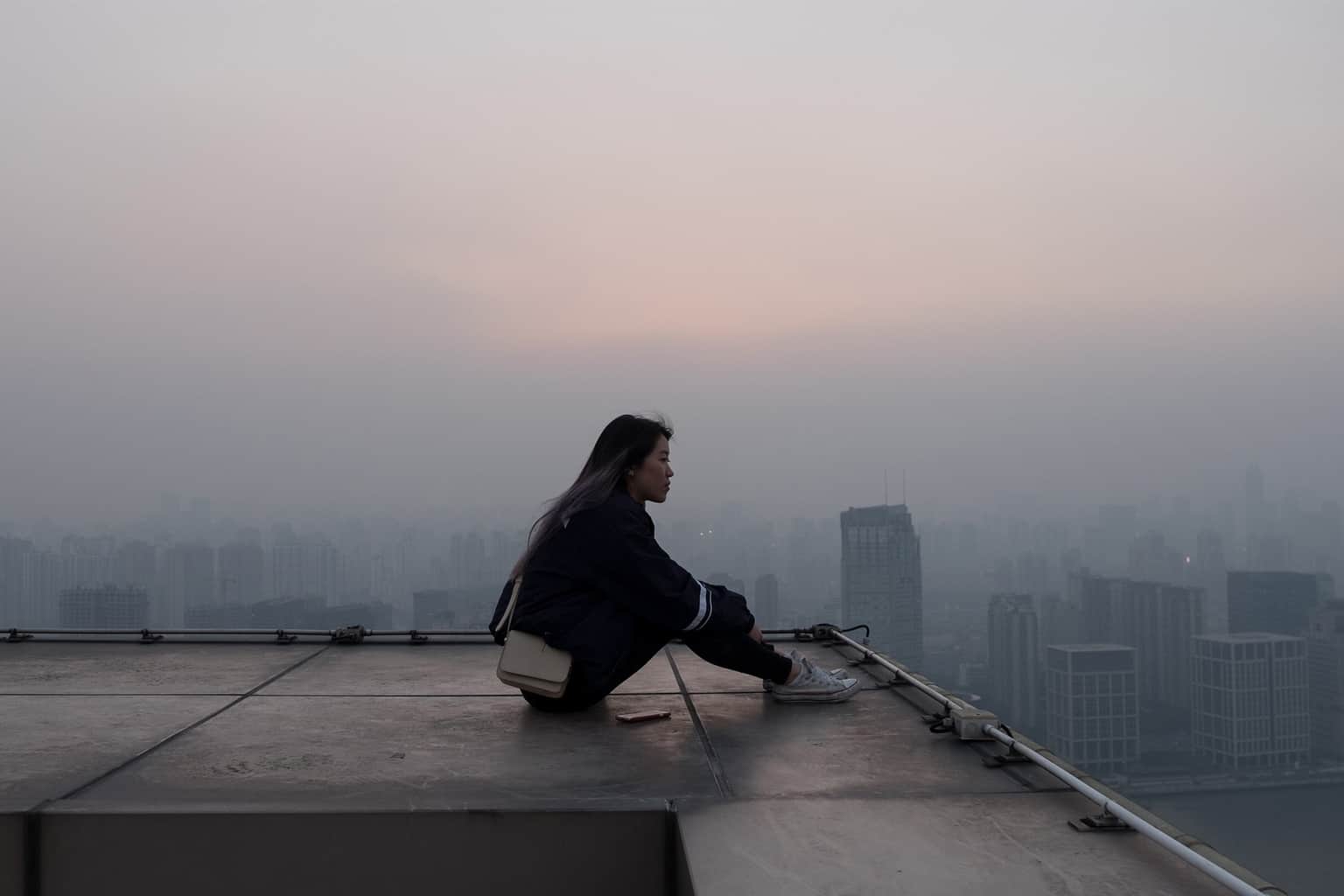 Mixtapes were the 1980s version of a playlist, but instead of living in iTunes, they lived on good old-fashioned plastic cassettes. When a cassette broke, you didn’t take it to the Apple Genius bar. You took a No. 2 pencil, stuck it in one of the sprockets and spun it around. Boom, you were back in business.

If you’ve seen the movie Guardians of the Galaxy, then you’ve seen a mixtape in action and know how precious they can be. Star-Lord is willing to risk his life to get back his sweet collection of tunes custom-made for him by his mom. Mixtapes were like that. They were personal. They were cherished.

But we have a different kind of mixtape these days. It doesn’t play the awesome melodies of REO Speedwagon or Journey. I’m not even talking about iPods, Sirius or Spotify. No, these mixtapes are invisible, and they play in our heads and hearts. They play up our fears and insecurities. They play a soundtrack of our failures.

They pump out the discouraging tunes of self-hatred with lyrics like:

I should be further along than I am.

Have you heard these songs before? They strip our stories of hope and life. They drown out possibility.

I’m not sure where these tapes come from, but I know a lot about them. Every verse. Every chorus. Every melody. Every bridge back into the chorus. It’s all pure evil echoing inside our brains like elevator music.

And have you noticed this about your mixtape?

The messages aren’t that creative. The lyrics aren’t catchy or original. They are like a horrible jingle that gets stuck in your head. They repeat the same thing over and over again. “You stink. You stink. You stink.” It’s like being stuck on the It’s a Small World ride at Disneyland, but the music you keep hearing sings, “You’re a loser after all.”

How unoriginal. What crappy content. How long do you think we should listen to it?

A couple of months ago I was sitting in my office, and my negative mixtape started to play. It had been a discouraging season. A few triggers here and there. Reasons to doubt myself. Throw in a few pinches of doubt and worry, and I found myself in a low place.

I felt inadequate and lonely.

Our organization was taking on water and sinking. Finances were scary. I took full responsibility.

I felt like an idiot, embarrassed by it all. The picture in my head wasn’t working out like it was supposed to.

So you know what I thought? I thought what every leader thinks when the mixtape is playing at full blast. I said to myself, I should just quit and get a job at Starbucks, because the baristas there look like they are having a lot more fun than I’m having right now. Good health insurance. Fun atmosphere. Make cappuccino all day. I would just disappear into the world of Howard Schultz and green aprons.

But then I realized I didn’t need a new life or a new job. I needed a new soundtrack. I needed to deal with the mixtape in my head.

I started seeing a Christian counselor, and I realized how messed up and ugly my mixtape was. My self-doubt sounded so normal to me, but it was totally whacked.

My counselor said: “Mike, you write about grace. You preach about grace. You desperately want grace for other people. Isn’t it about time you started smoking what you’re selling? Maybe it’s time for you to get a little grace for yourself.”

Let me ask you a question. What is your mixtape playing right now? Can you step back and look at your thoughts for just a moment and see what they are doing to you? Can you see the damage being done? Are you tired of listening to the tape?

There’s an old adage in moviemaking: “You watch the film but you feel the music.” The soundtrack has incredible influence on how we emotionally respond to the events we’re seeing on the screen. Try watching a movie with the sound off. Not quite the same.

In the same way, our mental mixtapes provide the music for the things that happen to us. They can make us feel horrible about events that aren’t horrible at all or at least aren’t as bad as all that. We live our life, but we feel the music.

So how can we swap out the gloomy, doubt-filled mixtapes that play in the background of our heads and hearts?

Call baloney on the lyrics.

Calling out your own tape as being filled with half-truths, distorted pictures and outright lies is where you should start. Your self-doubts represent only one version of reality. It’s not fact but a point of view, just as a song is only what one artist wants to say. And singing a song over and over again doesn’t make it true. It just makes it harder to ignore.

Take control of the buttons.

I know, I know. It’s nice to think we are powerless victims who have no choice but to wallow in self-hatred. It’s convenient since it requires no action on our part. Many of us chose a destructive soundtrack for our lives and actually like the beat and the vibe. It feels familiar. It’s all we know. But just like my gray boom box, the music in our head has buttons such as Play, Pause and Stop. More important, we have a Record button.

If you pushed the red Record button and the Play button on my boom box at the same time, something amazing happened. A new song recorded itself over the old song. So when Madonna stopped being awesome, and I was sick of listening to “Lucky Star,” I could smash down the Play and Record buttons and cover it up with the Beastie Boys’ Licensed to Ill. On the same tape!

We have buttons. We get to choose which buttons we push. When the song wears out or it wears us out, we can change it. It doesn’t matter how much we love a song, we can still get tired of it. Trust me, even the best song in the world can start to feel stale. Just like telling yourself over and over again, “You’re stupid. You’re hopeless. It will always be this way.” It grows tiring.

Some of us have stopped listening to the words on our inner mixtapes, but that hasn’t stopped their impact. The music is so much a part of us that we feel the effects even though we don’t hear the tune. The words that play are no longer the tape’s words but our words. And that’s when it gets really scary because we end up in a place far from who God made us to be. We end up completely defined by a lie.

THE SONG THAT GOD SINGS

So think about this for a moment. You and I have our mixtapes. We struggle with the soundtracks in our heads. It’s hard not to be affected, especially when life is not going well, but here is something to consider. No matter what your tape says about you, God says something quite different. He says He likes you just the way you are. I know it is sometimes hard to believe that God is proud of you, that He loves you. But this is the song He sings over you. It’s the soundtrack of grace.

I once heard of a survey that asked a bunch of Christians what they believed God thought about them. What is the emotion He feels toward Christians? It’s a good question. You know what the survey revealed? It was kind of shocking, honestly. The majority of people who responded to the survey basically said, “When God thinks about me, the overwhelming feeling He has is disappointment.”

Disappointment. Can you believe that? After all the sermons and songs and devotions and bumper stickers and Bible verses we read about God’s love, we still think He is disappointed with us. How horrible! What an indictment on what’s going on right now. Because here’s the truth: If you think God feels disappointment when He looks at you, then you don’t know God very well. It’s time to throw out that song and start over.

We need to start listening to the mixtape of grace and eject the enemy’s mixtape of shame. If the voice you hear in your head is one of condemnation, you can be sure it’s not the voice of God.

When you find yourself dying under the doleful tunes on your lousy mixtape, feeling like a failure, a nothing on the way to nowhere, hit Pause. Stop listening to yourself, and start talking to yourself. Say, “So what if I’m a hypocrite and feel like a fraud? So what if the Enemy on my mixtape wants to play his tune? Let that accuser sling his lies and accusations. Let him blacklist me and shame me, ’cause whatever the accuser throws my way is just a tape. A tape I can stop, eject, record over. I want to listen to a different tape. A different song. A rockin’ tune that reminds me I am whole, free and forgiven. I am heaven’s poetry. I am God’s beloved, and He sings over me.”