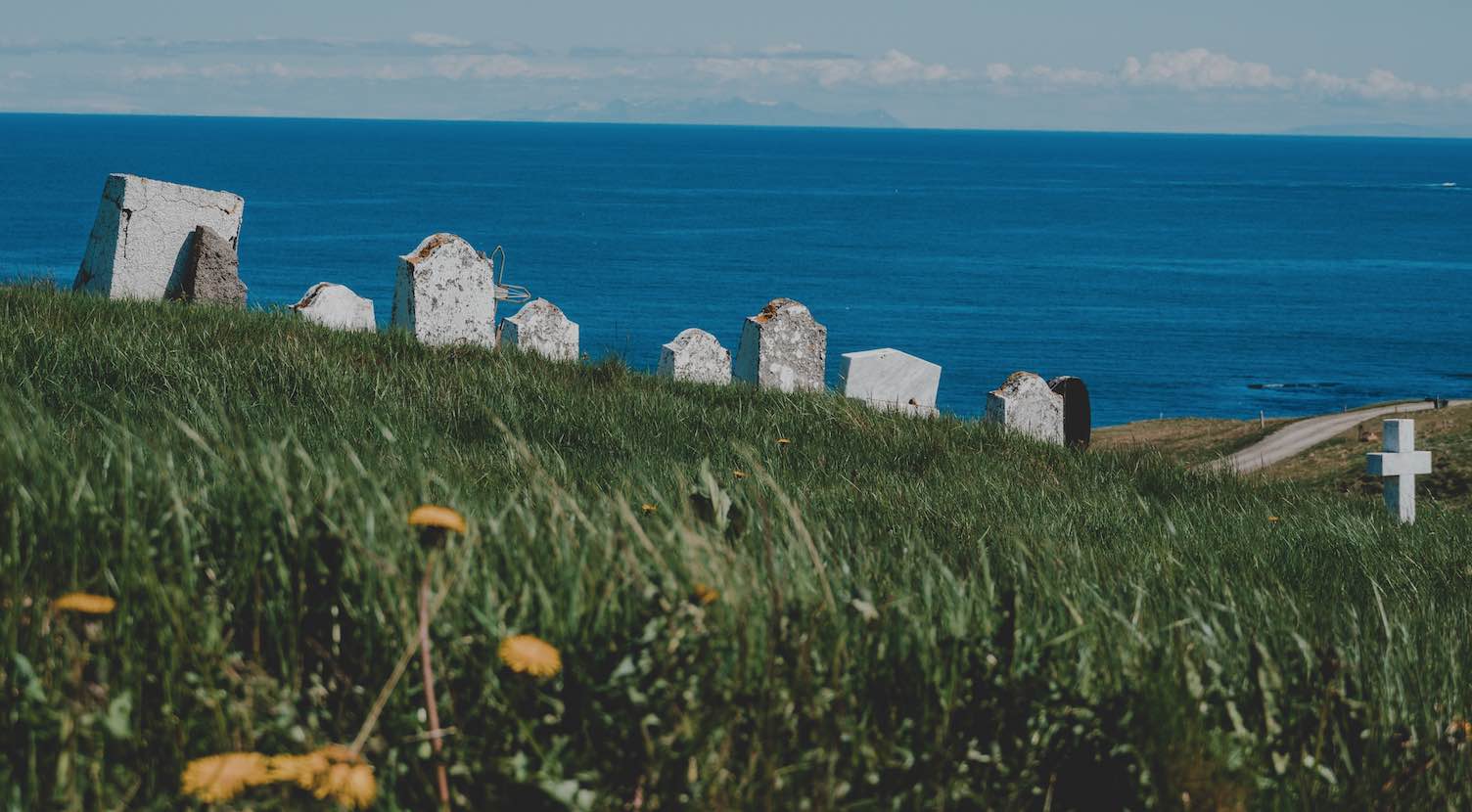 I remember in great detail the day my step dad passed away.  After 12 days in the hospital the nurses told my mom that Gary probably had only 24 hours to live.  So on that Monday evening, my family and I gathered in room 477 to be with him in his final days of this life on earth.  We made sure he knew we were all there. We held his hand.  We talked to him.  We sang “Amazing Grace.”  We cried some.  We laughed some.  We spent the entire night there.  At 7:45 in the morning, Dr. Stinnett arrived.  Gary’s lungs were filling up with fluid and he rattled with each breath.  The Dr. thought it’d be several hours before his body gave out, but at 8:15 we all stood there as he took his last breath.

Lymphoma, as they say, is a terminal disease. And most of us would agree that it’s tragic to see someone die like that, especially when they are only 57.

But that experience reminds me in a powerful way that we’re all suffering the disease of mortality.  In other words, we’re all terminal.  The current death rate is right around 100%.  We don’t like to think about it, but 3 people die every second, 180 every minute, and nearly 11,000 every hour.  250,000 every day!

Not a very optimistic picture, huh?

In fact, you might say that it’s such a beautiful day, so why bring up that rather depressing subject?  And I would agree.  We don’t like to think about death.  It has the potential to hang over our lives like a dark cloud and to blacken out the sunlight of any day.

LIFE IS SHORTER THAN WE THINK

Let’s suppose you’re 22 years old and that you’re going to live to be 88. That means 1/4 of your life is over. You’re in your last semester of college and you’re life is already 25% done!

That’s why thinking about death is so important. It helps us live our present life with the end in mind. And beginning with the end in mind is critical to any endeavor. When you hop in your car, you plan your route based on where you’re going. Building a house? You have blueprints based on the end design.

How much more important of an endeavor is your life? So doesn’t it make sense to begin with the end in mind?

So try this: picture your own funeral. No really. Not being morbid. This can be powerful. I want you to see the people who are there. A good number of people or only a few? Why are they there? What kind of impact did you have on them? What was their connection to you? What do you hope they’re saying about you? What is the spirit and tone of your funeral? Was it all somber? Or was it a celebration of life even in the midst of grief?

This may be an uncomfortable exercise but it’s really incredibly profound. Why?

Because you can only become the person you’re becoming right now!

Today, are you choosing to engage with people in a way that would make them want to come to your funeral?

Today are you doing the things you’d like people to stand up and share about you when they’re all given the chance to share some memories?

Today are you living the kind of life you want to be celebrated and remembered at your funeral … whenever that day arrives?

A TALE OF TWO FUNERALS

This really struck me one summer. I attended two funerals fairly close together. One was my biological dad (not my stepdad I mentioned earlier) and one was a school teacher for several students I knew.

I had very little relationship with my dad, but when he died going to his funeral was the right thing to do. So my brother, sister, and I, along with our families, went to his funeral. There were six of us. At the funeral, there was also his mom and his sister. Then there was the officiant who performed the service … and one other person. That’s it. Ten people total and seven of us had virtually had no relationship with him. And it was all very somber, very sad, very empty.

I couldn’t help but feel bad for my dad, that his life was so empty that virtually no-one cared enough to come to his funeral.

A few weeks later, I attended the funeral of the school teacher in order to support her students who were part of the youth group I led. Her name was Marlene and she had been shot execution style. The church where the funeral was held was large, but the room was so packed I had to stand for the entire ceremony. It was standing room only!

As the service began, Marlene’s brothers and sisters walked on stage and sang the celebratory hymn, “Joyful, Joyful, we adore Thee.” And that set the tone for the entire service. There were tears. Grief was real. But the service was a celebration of life, a life that touched others in a real and meaningful way.

And the contrast with my dad’s funeral couldn’t have been more stark.

And I decided right then and there that I wanted to live the kind of life Marlene lived. The kind that touched people and brought good into their lives. The kind that made people celebrate at my funeral. Even the kind that could lead them to praise God in the midst of their sorrow and loss!

I was 22 years old that summer. Perhaps my life was 25% over. Time will tell. But one thing is certain: the nature of my funeral will be determined by the choices of my life.

The same is true for you.

I want to live a life that’s worth celebrating, and I bet you do too!

John is a pastor and professor, as well as the founder of Bible in Life online Bible teaching resources at johnwhittaker.net. His heart is making disciples who learn and live the word of God.

The Enneagram Question We All Need to Stop Asking