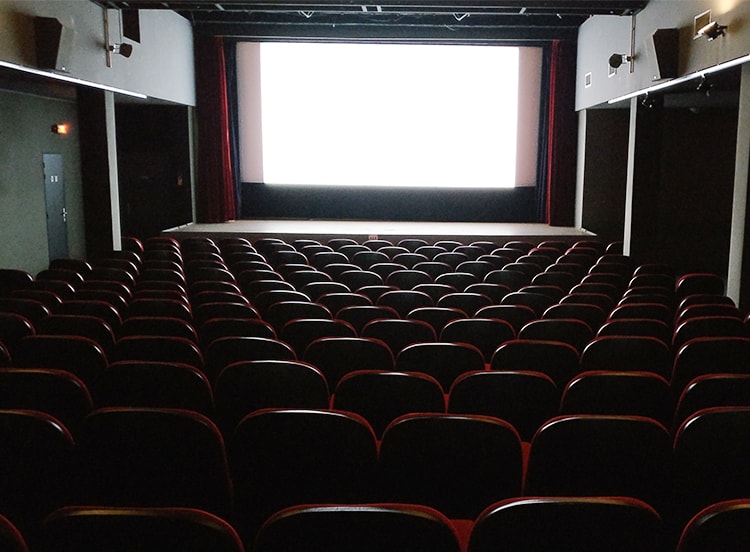 Sinking as far as the leather recliner would allow, chin lifted, eyes wide, my mind flashed to the summer of 1999 in a galaxy far, far away, in which I first captured the iconic golden movie title stretching across the big screen. I refocused my attention to the pile of popcorn sitting proudly on my lap. I sat in pitch-black silence, waiting impatiently for the familiar crescendo to commence.

A friend encouraged me earlier that week with this profound idea: “What if today was your one day to do the thing you’ve been wanting to do? Would you do it? Or would you let the opportunity pass you by if you knew you would be doing it alone?”

As a single girl in my mid-20s, I shouldn’t hold back on something I’ve been wanting to do just because I don’t have a significant other to document my Instagram or Snapchat story with. Sure, it would be nice to explore industrious cities, converse at a local coffee shop or see a Blockbuster movie with that special someone, but I shouldn’t let the fear of adventuring alone dictate my forecast for the day.

So the following Monday afternoon, I thought, “Why not treat myself to some popcorn, Coke and a lightsaber battle?”

Even if both sides of my armrest felt a little lonely, going (Han) solo to the movie theater felt courageous. I set my pride aside and embraced a movie ticket for one. Instead of comparing my solitary seat with the other families and couples, I decided to create camaraderie with the strangers around me. All of us in the audience cheered, gasped and laughed throughout the film as one big Rebel Alliance family.

In his book The Freedom of Self-Forgetfulness: The Path To True Christian Joy, author and pastor Tim Keller wrote, “Wouldn’t you like to be the skater who wins the silver, and yet is thrilled about those three triple jumps that the gold medal winner did?” In other words, celebrate those around you instead of complaining when you’re riding solo.

I left the movie theater feeling elated. “That wasn’t so bad,” I thought to myself.

Stepping outside, I could not wait to call my brother since we grew up watching the Star Wars trilogy together. I wanted to rehash every little detail and hear his thoughts, because he had already seen the film at least three times since its release date. We reminisced on all the classic characters who made their appearances such as Han Solo, Chewbacca, C-3PO, R2-D2, Princess Leia and the sinister Darth Vader. Hearing his opinions and reactions felt as if he had sat in the movie theater with me that day, sharing my bucket of buttery popcorn.

When I told him I went to see the movie by myself, his reaction surprised me. He responded by saying he had also seen a few movies by himself as well.

Ever since my cinematic adventure, God has given me the confidence to embrace opportunities in which I would not have a plus-one by my side. Just a few weeks ago, I flew from Atlanta to Orlando, Florida, for my high school best friend’s wedding. The fear of traveling alone appeared once again.

Stop Waiting for Him to Ask You Out

This was not my first experience attending a wedding unaccompanied; however, this was my first occasion in which I felt it was absolutely acceptable to not have a plus-one to twirl me around to a slow song. As soon as the DJ asked for all the couples to approach the dance floor, I took it upon myself to confidently waltz to the dessert table and catch up with my other high school friends.

Even though it would have been nice to have a plus-one to sway with to Whitney Houston’s “I Wanna Dance With Somebody,” nothing compared to sharing the dance floor with my high school best friend.

In addition, God has taught me to welcome singleness with a deep dependence on Him. He so sweetly reminded me that I never have to fear experiencing life alone: “Have I not commanded you? Be strong and courageous. Do not be frightened, and do not be dismayed, for the Lord your God is with you wherever you go” (see Joshua 1:9).

God is my forever tagged friend, no filter needed.

So whether it’s visiting that neighborhood coffee shop, exploring the bright lights in the city you’ve been dreaming of visiting or watching that Oscar-winning movie, don’t let an opportunity pass you by just because you will be adventuring alone. God is with you. Always.

With freckles and thick brunette locks, Ashley is a people-person who loves serving on staff with the high school ministry of Cru in Atlanta, as well as writing, dancing, and managing her blog, “Single Since ‘91.

Sen. Al Franken Accused of Groping Woman Without Her Consent