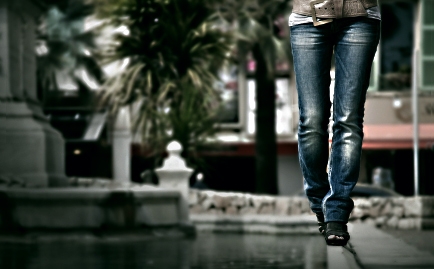 The apostle Paul wrote that Christ-followers should “dress modestly, with decency and propriety” (1 Timothy 2:9). Inherent in Christian thought is the notion of “modesty” (for both men and women), which implies a kind of reserve about how one dresses, along with a humility that willingly owns the fact that our actions and choices do affect others. Whether we like it or not, we can dress and carry ourselves in ways that illicit inappropriate and lustful reactions in others. But this opens up a proverbial can of worms—when is it, “I lusted and it’s your fault,” and when is it, “I need to be responsible for the fact that I am a lustful person”? The “who-is-culpable?” question is full of subjectivity and complexity.

In Mere Christianity, C.S. Lewis contends that Christians must be careful not to get confused about what constitutes modesty. “A girl in the Pacific islands,” he writes, “wearing hardly any clothes might both be equally ‘modest,’ proper, or decent, according to the standards of their own societies: and both, for all we could tell by their dress, might be equally chaste (or equally unchaste).”

He goes on to argue that “people of different ages and different types do not all acknowledge the same standard” and that “old, or old-fashioned, people should be very careful not to assume that young or ‘emancipated’ people are corrupt whenever they are (by the old standard) improper; and, in return, that young people should not call their elders prudes or puritans because they do not easily adopt the new standard.”

Back in the late 1980s, it became fashionable for young teenage girls to wear colored nylon stockings that went from their ankles to mid-thigh. I remember how disturbed I was when some of the young ladies in the church I was pastoring showed up wearing those stockings. I thought they looked like prostitutes, and I was appalled. I immediately wanted to do a series on chastity along with a call to repentance before the whole church went to hell in a handbasket. Thankfully, I had enough sense to talk it over with my wife, Gail, and to ask my teenage boys about what they thought about it.

“What do you think about those stockings?” I queried Gail.

“Don’t you think they make the girls look like young prostitutes?” I asked leadingly.

“They’re just trying to be cute,” she said looking at me a little surprised.

“What do you boys think?” I asked.

“I don’t know what prostitutes look like, Dad,” one responded.

“That’s a really weird thing to say,” the other one added.

“Anyway, who cares?” the first son said as he changed the subject.

The problem wasn’t what these girls were wearing; it was in what Ed Gungor had experienced and how it had triggered a negative reaction in my soul. So, I had a choice. Was I going to blame my reaction on what they were wearing or was I going to own my own stuff and leave them alone.

Six Reasons You Seriously Need to Slow Down

I chose the latter.

Much more than clothes

Some years ago an attractive, young, divorced lady come to see me in my office. Her marriage had ended because of her husband’s infidelity and she had developed a cynicism about men that made her delight in dressing and carrying herself in a seductive ways. “I know I mess with men,” she told me, “and I like it.”

She wasn’t a promiscuous dresser per se, but she did carry herself in a way that caught men’s eyes and induced a lustful reaction. She said it was a power she had grown to love. But it was her soul, not what she was wearing that brought out the worst in those men. (I referred her to a mental health professional who was able to help her process through what was precipitating that behavior.)

I have spoken to many men and women who told me they were frequently “hit on” as they traveled and went out into public. Though some of them were exceptionally nice-looking and fashionably dressed, many were not. On the other hand, I have spoken to both men and women who were attractive by anyone’s standard—even some who dressed more revealingly than I was comfortable with—but they were seldom “hit on” or ogled by others. Why? What was the difference? It wasn’t their clothing; it was their souls. It has just as much (or more) to do with the person they wanted to present and their own struggles with lust as with what they wore.

What’s in your heart?

Fashions come and go. Skirt hems go up and down; clothing gets tighter in some seasons and baggy in others; sometimes necklines plummet to depths that leave little to the imagination—somewhere in the milieu of the fashion waterworld, believers need space to think through what they believe modesty, decency and propriety are. But you need to be honest about what constitutes inappropriateness within your particular cultural context. This is an issue that demands careful reflection in the heart and honest discussion with the community one is called to be a part of. (That being said, don’t necessarily let prudish church people tell you where the center on this issue is. In the fear of sin, church folk tend to overprotect and over-sanitize their views on just about everything.)

Bottom line? I think you can get away with being as fashionable as you want, as long as your heart is clear and clean and you don’t have patterns of complaints from those you love and trust. If your heart is clear and clean, you can confidently tell the occasional accuser who makes the “you-make-me-lust” accusation to go look in the mirror for the source of his or her inappropriate desires.