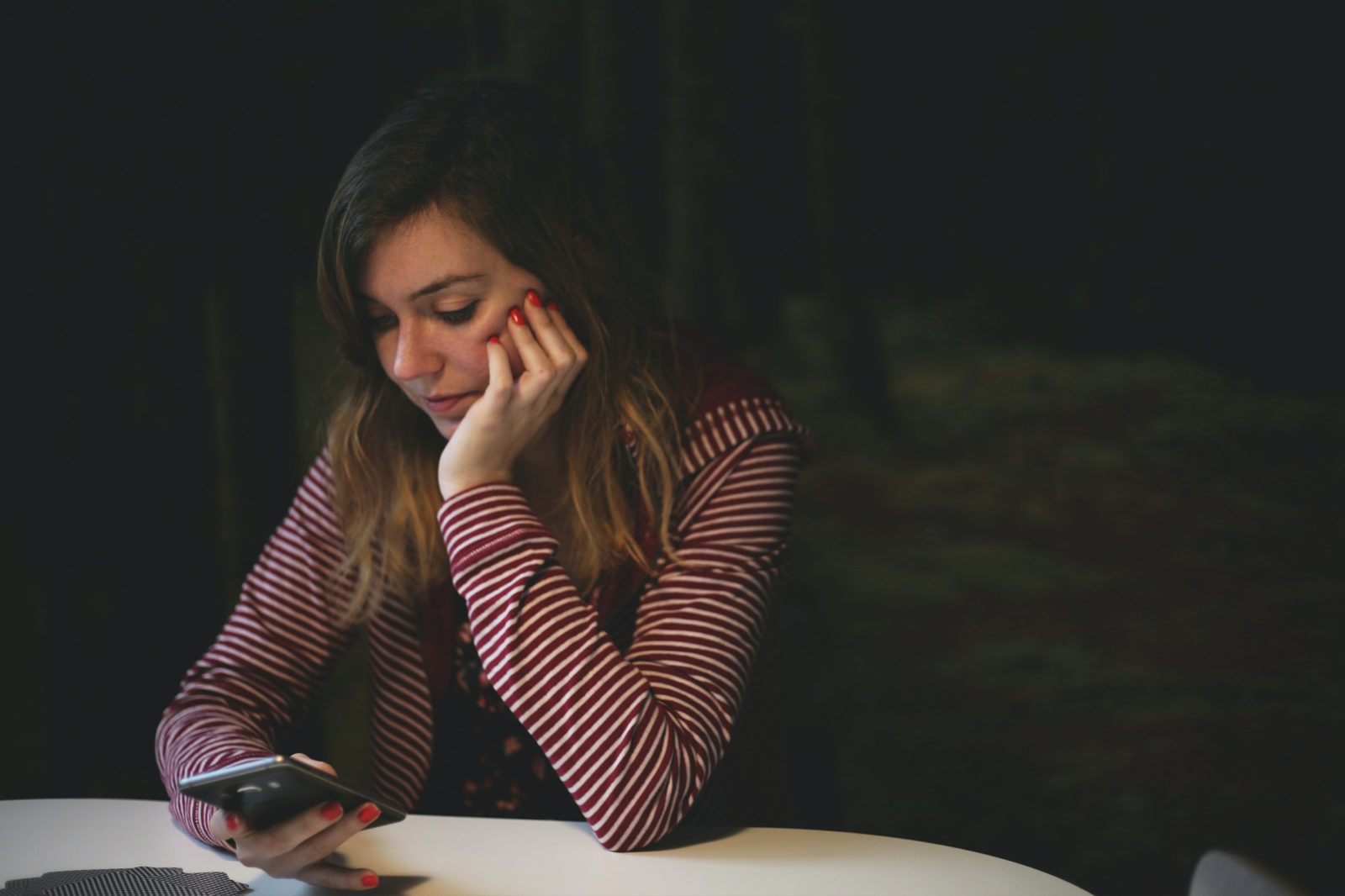 Discernment is an acknowledgement that we don’t live in a perfect world, but a broken one. God’s creation is shot through with both beauty and death, so it is a gift from the Creator that he teaches his image-bearers to judge the difference. That first indulgence in the Garden, you might say, was a sin of poor judgment, a willful lack of discernment. The serpent seduced Eve with a kind of fuzzy naiveté, convincing her and Adam that the lines between good and evil were blurrier than what they’d heard from the Father.

And since that fateful day in Eden, the enemy has been confusing, marbling in falsehood with truth in order to lead people away from the God who created them. It is the mission of Jesus to rescue people from spiritual blindness (Matthew 13:13) and redirect their passions toward the true and the beautiful (Romans 12:2). And it is the mission of those who have been rescued by the gospel to help rescue others by sharing with them that light has come into the world and has not been extinguished by the darkness (John 1:5).

Discernment seems to be a constant theme directed toward the people of God. Throughout the Old Testament, we can read warnings from the prophets about the importance of fleeing what is false, usually idols, and running back to the One who formed them and rescued them from peril. The book of Proverbs is essentially a constant stream of wisdom about the choice between good and evil, prudence and foolishness. And we don’t just read warnings but vivid, real-life examples of discernment or lack of discernment in the characters that fill the pages of our Bibles.

The Old Testament serves, in many ways, as a kind of ongoing morality tale about what happens when the people of God pursue what seems delicious but is forbidden. You hear the lament and angst in the voices of the prophets, exasperated by Israel’s lack of discernment. Here is One of Jeremiah’s famous laments:

For my people have committed a double evil:

They have abandoned me,

the fountain of living water,

and dug cisterns for themselves—

The reason God is described as being “jealous” throughout the Old Testament, the reason he weeps when his people follow after false ideologies, is because it takes them away from His care, away from what is beautiful and toward what is unsatisfying and destructive. As Moses warned an earlier generation of Jewish pilgrims, discernment is ultimately a choice between “life and death” (Deuteronomy 30:15).

The warnings for God’s people to choose wisely didn’t stop when the prophets stopped speaking, but continue on with fervent warnings in the new covenant. Jesus, often caricatured by modern evangelicals as being a nice guy with a Che Guevara shirt who only smiles and never tells anyone they are doing wrong, nevertheless warned of coming judgment that would separate “the sheep from the goats “ (Matthew 25). He spared no words in echoing the prophets, warning his disciples about “wolves”, teachers whose words seem to be spiritual but lead to death (Matthew 7:15-20). This same Jesus is depicted, at the end of the age, as the conquering warrior, defeating his enemies (Revelation 19). So, even if you claim to only apply the so-called “red letters” of Jesus to your life, you will still end up being a person who cares deeply about truth and error, someone who . . . discerns.

To know the difference between truth and error became especially important after the resurrection and after Pentecost, as the new movement breathed out by the Spirit was spreading from Jerusalem throughout the known world. We often idolize the early church, as if this group of sanctified sinners was any less prone to heresy and foolishness than we are. Peter warned the church, saying, “there will be false teachers (2 Peter 2:1-2). John, the Apostle of love, nevertheless urged his spiritual children to “not believe every spirit, but test the spirits to see if they are from God, because many false prophets have gone out into the world (1 John 4:1). He also revealed God’s rebuke for churches that had strayed from doctrinal truth (Revelation 1). Jude said that Christians must “urgently contend” for the faith” (Jude 1:3-7).

But perhaps the Apostle most serious about the damage of apostasy was the Apostle Paul. Having rejected the teachings of Jesus before his own miraculous salvation encounter, Paul wrote letter after letter urging the churches of Asia Minor to reject error and embrace the truth of God’s love in Christ. Even, in his definitive letter about grace, rebuked the Judiazers and was even unafraid to confront another Apostle, Peter, over false teaching (Galatians 2:11-12).

It is in the Pastoral Epistles—1 Timothy, 2 Timothy, and Titus—where Paul is especially vocal about the need for discernment. These writings are essentially a training manual for ministry, his sagest wisdom for his pastoral protégés. Knowing his time on earth is short, Paul urges this next generation to hold fast to Christian orthodoxy. He often, in these books, uses language such as “these things” or “things you’ve been taught” to indicate a body of truth that comprises the orthodox Christian faith. Jude labels these core doctrines “the deposit of faith once delivered to the saints (Jude 1:3).”

Paul was passionate about pastors and teachers protecting the people of God from error. Here are just a few passages where he urges discernment:

As I urged you when I went to Macedonia, remain in Ephesus so that you may instruct certain people not to teach false doctrine or to pay attention to myths and endless genealogies. These promote empty speculations rather than God’s plan, which operates by faith. Now the goal of our instruction is love that comes from a pure heart, a good conscience and a sincere faith. Some have departed from these and turned aside to fruitless discussion. They want to be teachers of the law, although they don’t understand what they are saying or what they are insisting on (1 Timothy 1:3-7)

Now the Spirit explicitly says that in later times some will depart from the faith, paying attention to deceitful spirits and the teachings of demons, through the hypocrisy of liars whose consciences are seared. They forbid marriage and demand abstinence from foods that God created to be received with gratitude by those who believe and know the truth. For everything created by God is good, and nothing is to be rejected if it is received with thanksgiving, since it is sanctified by the word of God and by prayer.

If you point these things out to the brothers and sisters, you will be a good servant of Christ Jesus, nourished by the words of the faith and the good teaching that you have followed [emphasis mine] (1 Timothy 4:1-6).

For this reason, rebuke them sharply, so that they may be sound in the faith and may not pay attention to Jewish myths and the commands of people who reject the truth (Titus 1:13-14)

People will be tempted to “reject the truth,” Paul warns. So, you see, discernment is not an optional exercise for believers. It’s necessary in order for us to see and behold what is beautiful about Christ and to avoid the dry wells of heresy, the death traps of bad doctrine. It’s not about being right, but about embracing the truth of the one we love, Jesus. It’s especially important for those of us who teach and preach and write about Jesus, in any capacity, to hold fast to the faith once delivered to the saints.

Excerpted with permission from A Way with Words by Daniel Darling. Copyright 2020, B&H Publishing Group.

Daniel Darling is the Senior VP for Communications at National Religious Broadcasters (NRB) and served for six years as VP of Communications for ERLC. His latest book, A Way with Words: Using Our Online Conversations for Good, shows how Christians can apply biblical wisdom to their engagement with social media.

The Vital Lesson I Learned From My Miscarriage