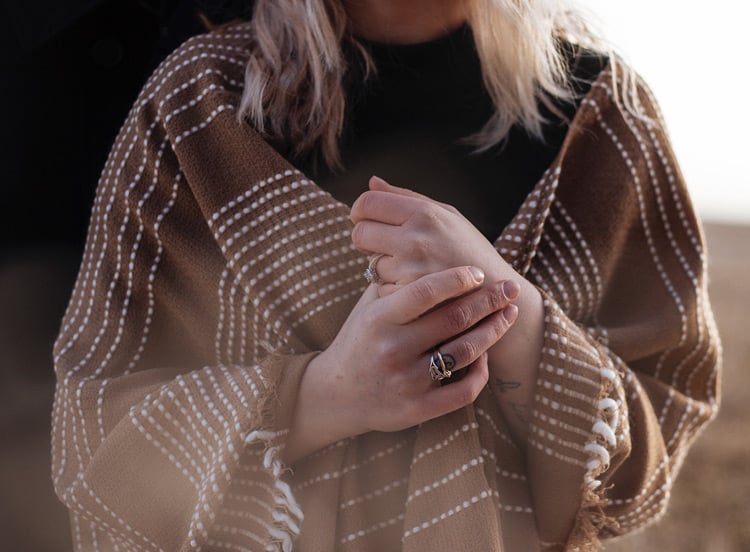 Modern dating and relationships are complicated, but, even though it was it written in a different era, the Bible still has a lot say on the topics.

In his new book, Single, Dating, Engaged, Married: Navigating Life and Love in the Modern Age, author Ben Stuart breaks down each stage of relationships, and examines what the Bible has to say about how we should approach them.

We recently spoke with him about relationships, what causes so many marriages to fail and what Paul really meant by “the gift” of singleness.

You talk about Americans getting married older, and this cultural shift in ideas about cohabitation, relationships, in marriage. Why do you think that shift is happening so rapidly?

It’s hard to find the one single factor that sums it all up; I don’t know there’s a silver bullet. I do think what’s been interesting about these last 10 years is with the introduction of the iPhone, came the possibility of carrying the world wide web around in your pocket at all times everyday has had massive social implications for young people.

We’re just now getting stats on all the impact it’s having on people, but in teenagers, researchers are seeing like a 40 percent decrease in social time with friends. And that lack of socialization is leading to awkwardness. I think that’s delaying the process of dating for a lot of people. The new social dynamics in technology has complicated things.

It’s interesting you mentioned the iPhone and its isolating effect: It’s also had a direct effect for how people seek out romantic relationships, with everything from Tinder to Christian Mingle. What do you think the affects are of the Silicon Valley-ization of meeting people?

I’m not one to bash on online dating. I have friends who met the person they married online, so I don’t think it’s all bad. My big concern is the trend in online has tended more toward a photo and maybe a witty comment. The Bible says charm is deceitful and beauty is vain, and physical beauty is going to fade. Someone can be charming or witty in a few characters, but you don’t know if there’s character underneath that, if this is the kind of person who will really be good for you.

So the two factors the Bible calls the most transient are the two main factors we’re using to determine whether or not we’re going to give somebody a shot at being our partner in life. You’ve got now a global pool of people you’re assessing based primarily on two factors God will call the least reliable and that’s what concerns me the most. That just really lowers the percentage of success.

Particularly for Christian audiences, dating and marriage can be such nuanced issues. Why did you decide to write about it?

Cultures throughout history have had courtship or dating scripts. You know, here’s the pathway our culture takes to go from single to married. Different cultures have different ways they’ve done it, and there’s good and bad about all of them. So I’m certainly not in the book advocating going back to some past method.

But what helped people in the past was that they knew the script, the basic flow of how this was going to go—I’m going to meet someone in the parlor at their parents house or my parents arrange it. Whereas today, I think a lot of the stress that landed on us is because of a lack of a cultural script.

Now, a lot of that lack of script is come from legitimate critiques of the failures of the past. But what it’s left people with is simply, “What do we do?”

I’ve found over my 12 years as the director of Breakaway, an increase in social awkwardness among young people. This is the world younger people have inherited. This world created some challenges for socialization and then when it comes to dating and getting to know someone the most frequent question i’ve gotten from guys has been, “How do I talk to a girl? How do I show her I’m interested?” On the other side, I hear from girls, “Where are all the good guys?”

So this book is my best attempt to help guys and girls navigate what has become uncertain waters.

How can a Christian determine if he or she has the “gift of singleness”?

When I was single, I wanted to be married, because I wanted that intimacy. But I also wanted a life that mattered and that’s the basic human condition: Everybody wants belonging and mattering. Everybody wants to have intimacy and a sense of impact in life and how do you balance those two things … And for me, when I read Paul’s purposes of singleness I felt like coming up a lot of the stress was on whether I have the gift of singleness or not. Whereas for me, I leaned more towards the later part of his conversation with the corinthians where he says singleness is to secure an undistracted devotion to the Lord. I thought, well OK I’m single now and if the purpose of singleness is to secure an undistracted devotion to the Lord, then I’m going to be great at that.

So whether the single season is long or short, at some point it will end but I will be able to say in that chapter of my life I did that chapter the way it was supposed to be done. I leveraged singleness for the purposes it was made by God and so I wanted to be great at that. What I see a lot in the world today is singleness is about pursuing distractions and thinking someday I’ll be married. When I was single, it revolutionized my single experience I started to see the benefits of singleness—the freedom and the time, and I thought well I’m going to leverage those to know God better and a lot of my singleness was about that.

For me, what Paul told Timothy became my heartbeat. You know, flee lust, pursue righteousness along with those who call out to God out of a pure heart. I’m like that’s what I’m going to do. I’m going to run full speed at everything I know to do that will promote intimacy with God and I believe as I do that, there will be people with pure hearts running right next to me and those are the people I want to run with the rest of my life and that was my perspective on singleness.

What’s the most surprising thing you found while putting this book together?

The intensity of interest was interesting for me. When I was teaching at Breakaway full time, they would give me numbers of how often a talk was downloaded. When I taught on the subject of dating and marriage, it’d be downloaded over 10 times more than any other talk I’d ever given.

The book talks about four different stages, and you talk about some advice and principals for the stage of singleness. But if you could go through dating, engaged, married, what would be one piece of advice you would give for someone who is in the dating stage the engaged stage and the marriage stage?

Being engaged is all about union. It’s a merger, so you go, “OK we’re engaged in a merger, and what are the main areas of union that can cause stress? The No. 1 cause is finances, and not necessarily the lack of money but different ways of thinking about money. So in engagement, I’m talking about finances, I’m talking about family and then future where our lives going. The leading sentence you hear in divorces is: “Our lives went different directions.”

And then marriage, I think, is about mission. Ultimately, I think a lot of our conversation about marriage is about staring into one another’s eyes and navigating conflict, which are good things but ultimately marriage is a mission; it has a purpose. In marriage, if you say we are both committed to something, then that strengthens the marriage. And if that thing you’re committed to is the ultimate thing in the universe, that’s a strong marriage. Picture at a wedding: You are looking into each others eyes—and then you turn and face the world, grip hands, and go. That’s marriage.

Meet the Girl Who Moved to Uganda, Adopted 14 Kids and Started a Charity–All Before Turning 30

Here’s How You Can Help Victims of Hurricane Irma