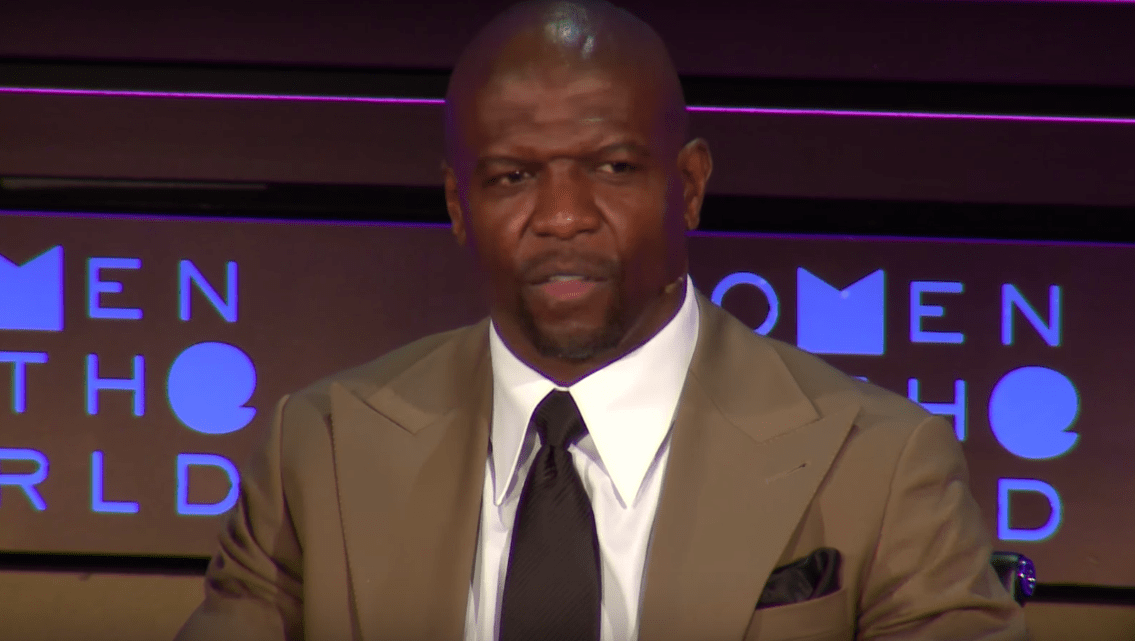 Brooklyn Nine-Nine star and generally awesome guy Terry Crews has been a surprising but very important presence in the #MeToo movement, never stealing the spotlight from women but using his own story to remind America that men—even huge ones like Crews—also suffer from the predatory sexual behavior of the evil and abusive. His speaking out has come at a cost to his personal life, but it’s also emboldened him to speak more openly about important issues.

In this case, the important issue is masculinity—a subject Crews knows something about. While the early 2010s found him as an Old Spice avatar for a comedically hyperbolic alpha male, he’s since spoken pretty harshly about the current state of masculinity in America, and just how far off the rails it’s gotten.

“Men who are in this cult you can see as a woman, they talk, but a guy is not looking at you as even all the way human,” Crews went on to say. “And this is what you have to understand, there is a humanity issue here. You’re like, ‘Why don’t you hear me? Why don’t you see my feelings?’ And they’re like, ‘But you’re not all the way human. You’re here for me. You’re here for my deal.’ And this is real.”

Crews admitted that he hasn’t been perfect here at all, alluding to a past of infidelity. He says that he “believed simply because I am a man, that I was more valuable than my wife and than the other women in my life.” Last year, Crews opened up to RELEVANT about his infidelity, and you can read about it here.

There’s a sense among some American men that talk like this is “self-hating” or “misandry,” which is sort of like if the ancient Israelites had tut-tutted the prophets for calling them to repentance. There is an issue with toxic masculinity in America, and if the past few months haven’t convinced you of it, you may be a bigger part of the problem than you think.

Like Crews, it’s easy for men to let misogyny become a de facto part of their relationship—even with those they love and care about. The dehumanization of women has become such a huge part of American culture that it can be difficult to recognize it, the same way it’s hard for a fish to know when it’s wet. And it’s voices like Crews’ that can help wake men up and convince them to check their actions and their heart … if they’ll listen to him.

The Startling Confessions of a Sabbath Breaker

6 Things to Work On When You’re Single