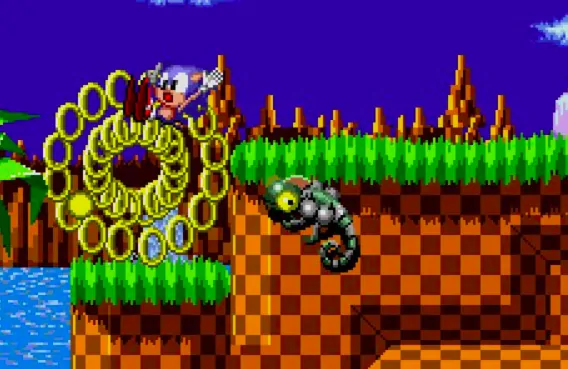 Video games, in and of themselves, aren’t great financial decisions. They’re expensive, time consuming and have a very low return. The characters in video games, however, are more of a mixed bag. For nearly as long as there have been video games, money has played a part in them, from Mario’s gold coins to the more complex barter and upgrade systems of many modern games. But this raises the question: which classic video game characters are actually the most financially responsible? You know we had to rank them.

Cons: Appears to have no money and no interest in collecting any, instead focusing on becoming a globe trotting street brawler. Truly a waste of what appears to be a talented and creative young woman’s mind.

Cons: Goes around invading other people’s homes, destroying everything they own and then just using their stuff for himself. Downright criminal.

Pros: He collects all the money (“rings,” in his parlance) he finds in a hurry, which speaks to his ambition.

Cons: Almost too many to name. Instead of securing his money in a safe place, he carries it on his person where it can be easily stolen by seemingly harmless foes. At the first sign of trouble, Sonic panics and throws all his rings away, and then has to scramble to collect whatever he can. Treats valuable like television sets recklessly. Truly a poor role model.

Pros: Again, very ambitious in collecting coins, as well as other valuable objects like flowers and mushrooms. A wide variety of skills from jumping to medicine to an olympic career suggests a varied portfolio.

Cons: Doesn’t seem interested in spending, saving or investing his money whatsoever. He simply gets it and hides it somewhere on his person.

Pros: At last, someone who seems interested in setting money aside to afford bigger and better things, like Pokeballs, Masterballs, food for his Pokemon …hey, come to think of it….

Cons: All of Ash’s capital goes to his passion of being the best Pokemon trainer, like no one ever was. His hobby may be personally rewarding and even occasionally lucrative, but it’s not sustainable in the longterm. Ash needs to get a real job to prioritize his needs and future goals, and devote his spare time to Pokemon training.

Pros: As royalty, Peach was born with a bit of a silver spoon in her mouth, but she hasn’t used that as an excuse for laziness, and has honed her talents as both a driver and a master of hand-to-hand combat. That’s commendable, but…

Cons: …she’s also caught the real estate bug, building more castles than any one princess could ever need. This has complicated not only her life, but the lives of people who want to help her.

Pros: As a military man, Snake is definitely resourceful, though in sort of a doomsday prepper, sort of way. While his financial situation is rarely explored, he seems to be gainfully employed and relatively thrifty in terms of his budget, as he usually travels light and just uses the things he finds.

Cons: He seems somewhat limited by his lifestyle, and at the very least unprepared for his retirement.

Pros: Many. Link is a driven man, who saves his money to buy the things he needs, be they in the interest of self defense, his own personal enrichment or even the wellbeing of others. He travels light but still understands the value of looking sharp in his day to day life.

Cons: Seems peculiarly obsessed with Zelda. Companionship is good, but if people start confusing you for someone else, that might be a sign that you need to back off a little.

Pros: Now, this is going to be controversial because, let’s face it, Bowser isn’t the friendliest guy in the Mushroom Kingdom. But financially speaking, he knows what’s up. He’s not only resourceful enough to build large labyrinths to keep his valuables in, but also innovative enough to craft elaborate security measures to keep them safe. He’s recruited a diverse community of friends to assist him with his projects and is undeterred by hardships.

Cons: Kidnapping is bad and Bowser doesn’t seem particularly good at it. Sometimes, you have to know when to walk away.

Pros: At last, someone who takes her career seriously. Samus Aran is a bounty hunter and former soldier, so she presumably receives veterans’ benefits while also having an entrepreneurial eye on the future and a small business which is providing her with at least enough money to afford what appears to be an expensive exoskeleton. Samus is a model financial genius

Cons: We at RELEVANT can not legally recommend bounty hunting as a career.

Where would you fall on our ranking, if you were a video game characters? The best way to find out is by taking this short financial assessment.