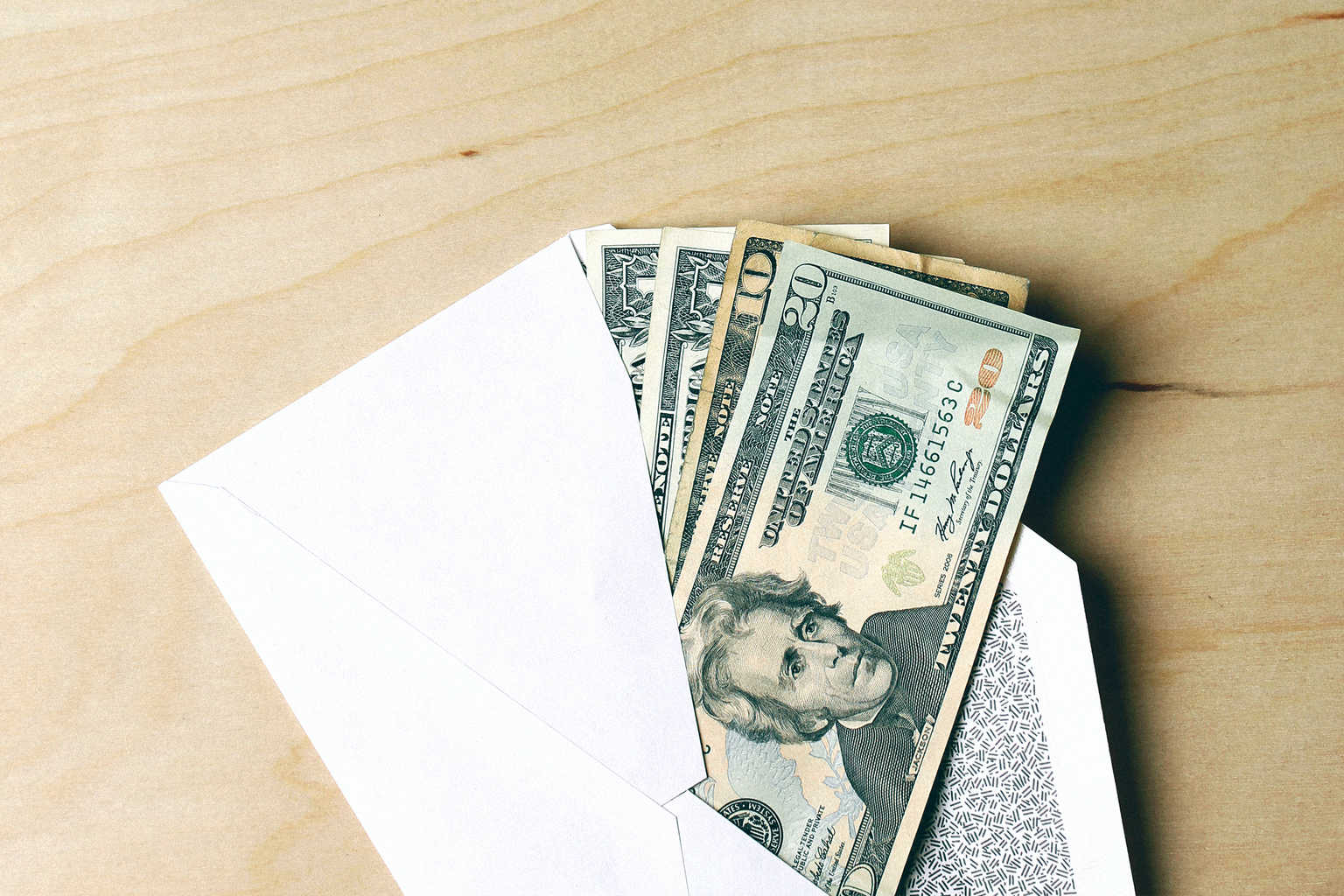 It’s been said that New York City is where dreams are made. Alicia Keys sang it, and Utah native Johnny Galbraith believed it. Right after he graduated from college, he married Joanna, and the newlyweds moved to Manhattan for a competitive internship at an ad agency.

It was Galbraith’s dream, the ideal gig in the ideal city. Sure, internship pay in one of the world’s most expensive areas didn’t exactly create financial flexibility—but that’s how careers start, right? Anyone in the their circumstances should expect money to be tight.

Like many millennials, the Galbraiths started their marriage the American way: in debt.

Millennials stand out as the first generation to hold “higher levels of student loan debt, poverty and unemployment, and lower levels of wealth and personal income” than prior generations did, according to Pew Research Center.

Debt—whether it be from student loans or credit cards—is a fixture among American millennials, and it influences just about every decision this generation makes, from buying a home to having children to when (or if) to get married.

They say money causes problems. You’ve likely heard, too, that financial strife is a leading cause of divorce for young couples. It seems like there’s a direct link between debt and divorce—but is that link actually true?

The answer is nuanced: A 2006 study found that 84 percent of couples cite money as a source of marital tension. Another study found that a third of millennials fight about money weekly—that’s more than boomers or Gen Xers. But “money problems” often run deeper than simply getting out of debt.

Social researcher Shaunti Feldhahn has heard about the debt link, too. But with a 15-year career researching marriage relationships, she says the link goes beyond the amount of debt a couple holds. Instead, “money issues”—are really about ideas like values and communication.

Feldhahn’s books about relationships have sold millions of copies and feature deep dives into scientific surveys and interviews with couples about the inner workings of their relationships.

Her interviews and surveys of married couples cause her to look skeptically at the idea that just getting out of debt will prevent divorce. Because, as she says, “You can have paid off all your student debt. You could have done the debt snowball. … You can do all of that stuff and still have all this other stuff underneath.

“You’re still fighting about money, and it’s still a tripwire. There’s still a lot of heartache because it’s not about the money.”

In other words, it’s always a good idea to get out from under debt, but for couples focusing on their financial challenges, they might be merely treating a symptom, not the actual problem. All of the focus on a single issue risks missing a deeper point: Money problems and relationship problems are often linked together.

Money may not cause marriages to end, but it certainly casts a shadow. Just ask the Galbraiths.

“We would just look at our finances and go, ‘This is good, but none of our stuff is actually ours,’” Galbraith says. “We just hated that feeling of knowing that in a small way, someone owned us.”

A friend bought them a very popular Christian money management book, and they finished it in a weekend. They bought in.

“We very literally adopted everything recommended in the book,” Galbraith says.

The approach they committed to is the same one millions of people have: a rigid envelope-based system of rules to manage their spending and erase their debt with “gazellelike intensity.”

The idea is this: Every dollar you make needs to be allocated. In one famous application of this principle, you’re supposed to budget, for example, $500 every month for groceries. At the beginning of each month, you take $500 in cash and put it in a literal paper envelope of money dedicated to groceries. You do that for each spending category. At its core, it’s a system of rules and small, measurable steps. Above all, this approach teaches you the discipline to “crush” your debt by any means necessary.

Yes, it had its benefits, but it also had its difficulties for the Galbraiths.

“We rarely went out to eat with friends,” Galbraith says. “We usually would just meet them after dinner. We went to the only Costco in town and schlepped all of our stuff on public transit to get home instead of paying for a taxi. We missed a lot of cultural activities that cost money.”

For their part, the Galbraiths worked hard and learned a lot— and some practices they kept up and regularly recommend. But the method wasn’t the right fit for them. “We realized this is good advice for most people,” Galbraith explains. “But we realized it wasn’t necessarily a one size fits all.”

The cash-only thing just didn’t make sense for people like the Galbraiths. City life wasn’t conducive to using cash, especially for two people working in New York trying to share finances. On top of that, they initially budgeted too aggressively, saw they couldn’t stay in budget for a particular category and would become discouraged.

“I think that the common pitfall is: This ultra-rigid budgeting work, where you’re literally tracking every penny and tightening the belt to the point where you get sick and tired of living on a budget,” he says. “A lot of people fall off because of that.”

One of the risks is that it can cause couples to lose sight of some of these larger principles and root causes of financial stresses—many of which start at a relational level.

A NEW WAY TO LOOK AT LOVE AND MONEY

Dr. Sonya Britt-Lutter, associate professor of personal financial planning at Kansas State University and one of the founders of the field of financial therapy, dedicated her professional career to a unique combination of finance and marriage counseling—she now teaches graduate-level coursework in financial therapy theory and research. The solution she suggests is financial therapy. Think marriage counseling to help people learn about and discuss money and ultimately arrive on the same page about it. More than learning how to discuss money, couples need to learn how to discuss their relationships.

“We have generally found that everybody views life differently,” she says. “And because of that, everybody has different emotional needs and very different values. They say certain things are important to them that simply aren’t important to the other person.”

That’s why embracing a holistic vision is so important. The best laid budgets fall apart—but the reason often has nothing to do with paper or plastic.

“If budgeting were easy, everybody would do it,” says Rafael Antonio Robert, director of The Love & Money Project at brightpeak financial. Along with helping to design tools and resources for couples to understand the links between relationships and finances, he also holds a master’s degree in counseling. “What’s actually making it hard isn’t the logistics of living within your means or paying cash only. It’s the navigation of the relationship stuff that’s going on. It’s the fact that when a couple has to make decisions about how much cash to spend, they can’t get on the same page, and they don’t know how to navigate those decisions.”

It’s not that the envelope system or trying to “crush” debt with your spouse is a problem, but it’s only one piece of a much larger puzzle—a puzzle that gets ignored in the midst of all of the rules and processes.

Instead of focusing solely on dollars and cents, Robert says couples need to step back and take an honest look at the health of their individual relationships with money—and with each other.

“A solution that’s completely practical, like a step-by-step plan that just reduces debt, isn’t going to get at the root of the relationship problem that’s right there alongside it,” he says.

Whether it’s an app, investment strategy, or even envelopes, things can get off track when couples can’t stay aligned. “The practical solution only takes one piece of the equation into consideration. It doesn’t factor in things like how we’ll align our values, how we’ll navigate the way our emotions are tied to money or what money means to us individually.”

To do this, Robert says couples need to figure out how to work together as a team. Part of this comes down to developing key marital skills like communication. But a lot of it also depends on a couple’s ability to get to know themselves— and each other—a little better.

When couples align their values and financial goals, it can also help the dollars and cents of budgeting make more sense.

The first step toward this, according to Robert, is for a couple to work toward “awareness and appreciation.” This means talking about why you view money the way you do—what did your parents teach, what did you observe, what do you believe—and understanding that your relationship with money never happens in a vacuum.

Only when you build toward alignment can you take steps forward. Just ask the Galbraiths.

In December 2011, the Galbraiths paid off their student loans, and if you’re ever on Instagram or Pinterest, you may have seen where they are now.

A few years ago, Galbraith had an idea for their newborn daughter’s photos. After a lot of calling around, he found a black felt letter board with changeable plastic white letters to use. Everyone who saw their pictures talked about the letter board. The Galbraiths got an idea.

After they paid off their debt, the Galbraiths took the money they were putting toward debt and started saving it. “Our budget enabled us to save money, over time get out of debt, and in a position where we could put $25,000 [aside],” he says.

They moved from Manhattan back to Utah to start a company selling letter boards. Now, their company, Letterfolk, makes one of the most recognizable products on the market.

In part, this happened because they got out from under their student debt. But the real story is deeper. They were really only able to reach their financial goals because they aligned their life goals.

Many experts agree: It’s not just about the money. As the Galbraiths discovered, creating the life you want as a couple takes more than financial literacy or the ability to aggressively tackle debt.

It also takes a shared vision, and the ability to align on financial goals—two things that can only come when you work together to understand each other better.