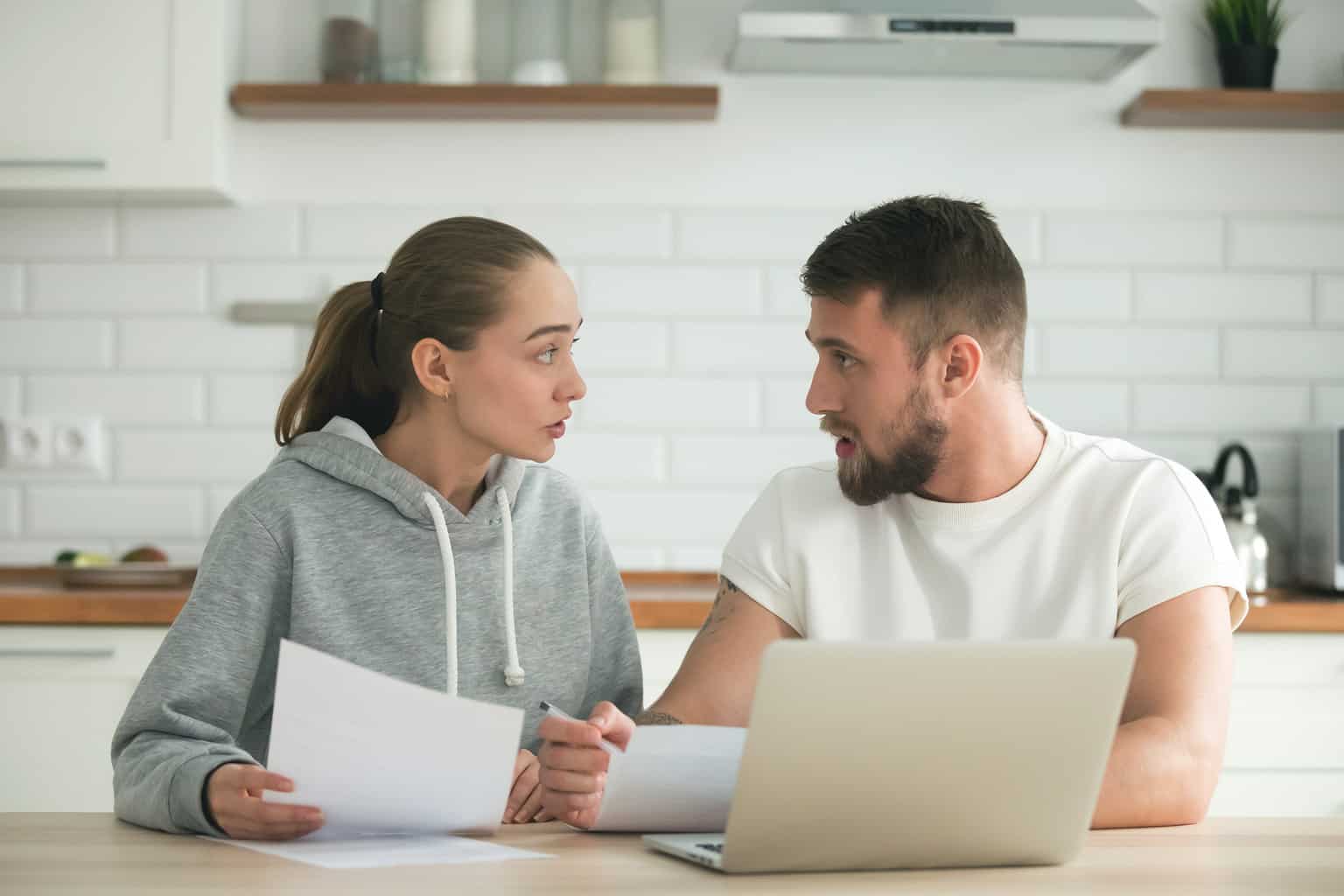 Fighting about finances can feel like a symptom of marriage itself, something inevitable and impossible to avoid, like death, taxes and speed bumps in the church parking lot. Our instincts, however, tell us to run from financial arguments as much as trouble, because decades of marriage research tells us that conflict over money factors into increased separation and divorce rates among couples.

Obviously, it would be preferable not to fight about money, but it’s going to happen. What’s more useful to know is what fighting about money is really about, and how you can mitigate and anticipate those conflicts in order to tackle them as a team rather than as opposing forces.

For one thing, couples rarely fight about the facts. Financial arguments aren’t rooted in “money’s tight right now,” because that’s just a reality. Rather, arguments come up when financial objectives split from one another. In other words, you think money should be spent and saved one way, while your partner advocates for a different strategy.

In an article for Psychology Today, Leon F. Seltzer, Ph.D., writes that stances on money can be split into two archetypes: the saver and the spender. The saver sees money as “an invaluable commodity. If it’s safeguarded, it offers a person a sense of accomplishment, stability, and control.” The spender, on the other hand, sees money as a way “to increase personal welfare, satisfaction, pleasure, and contentment. It contributes to one’s security, independence, and well-being.”

Your position as the saver or spender will change issue to issue, but the point here is that each side is coming from a different foundation of financial values, and those core values feed the arguments over money rather than the money situation itself.

Dr. John Gottman, Ph.D., executive director of the Relationship Research Institute in Seattle, conceived the idea of each person having their own Money Map. The Money Map illustrates a person’s history of experience that contributes to the way they view money in the present, and it’s important for each partner to understand where the other person is coming from.

“Talking about our earliest money memories is not common dinner conversation,” says Dr. Sonya Lutter, Ph.D., professor of personal financial planning at Kansas State University. “Couples really have to schedule the time to self-reflect and share. If they have a negative memory of having to move out of their house because their parents couldn’t afford the old house, they may never want to take any risks that could jeopardize their financial future. If they grew up receiving gifts for every little occasion, perhaps they are disappointed when their partner forgets to celebrate their six-month anniversary.”

So when couples fight about money, their core values are clashing, and when those arguments are happening over and over, it could indicate a fundamental misunderstanding of their partner’s relationship with finances over the course of their lives.

That’s a deeper problem than “Should we save and stay in tonight, or splurge and take the kids to the movies?” That dissonance is evidence that you simply don’t know your partner well enough, and don’t understand how your perspectives on money can mesh into something beneficial to everyone in your family. You might call it a listening issue, an empathy issue or a sympathy issue, but the takeaway is that navigating conflicts about finances successfully takes a more holistic approach to understanding your partner’s experience than just the fact they don’t want to spend money on that weekend trip to Nashville.

How to find that understanding? It starts with knowing yourself. Lutter suggests to identify your core values and put them up against your partner’s, even explicitly. “The more similar they are, the less likely you will have conflict,” she says. “Different values do not mean disaster. You can learn from one another. Plot out your family history with money through a financial genogram—a family tree that highlights key financial characteristics of each member, such as over-spender, under-spender, workaholic, etc. Identify the patterns. There could be some worth repeating and others that you might want to let go.”

So be communicative with your own history and feelings, be receptive of your partner’s history and feelings, and set mutual goals. You can’t change a partner’s personal preference, especially with something as sensitive as money, but you can work to establish financial goals that respect both of your values, account for your differences and compromise.

“It is not problematic to have different goals, but the overall goal should be similar,” Lutter says. “One partner might have a goal to buy a new car every five years, and the other partner may want to keep at least three months worth of expenses in cash in case of emergencies. Both goals are achievable if the couple works together as a team to allocate resources.”

Money issue’s still showing up in your relationship? Try brightpeak Financial’s Stress and Communication Challenge. After surveying over 10,000 people about stress, fights and talk about money, we’ve learned some things. Even better, we’ve found some answers. You’re in the right place to find out more. Follow along for a smoother path forward!

9 Stages of Every Millennial Breakup