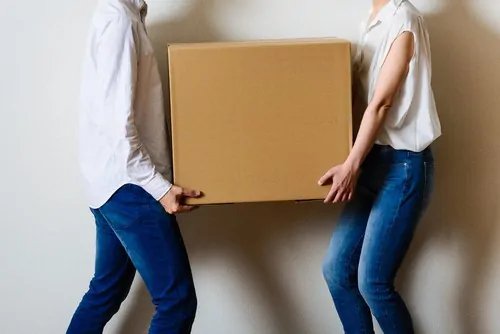 Research says living with your partner prior to marriage can actually affect your fortune in the future. Studies from Iowa State and Kansas State universities reviewed the wealth gap of adults who lived with partners before tying the knot. The numbers don’t look great.

The study, titled The Financial Implications of Cohabitation Among Young Adults initially notes that millennial couples live with at least one other person before marriage.

Researchers interviewed 5,200 people between age 28 and 34. Forty-five percent of the lot were married, 18 percent were living with a partner and 37 percent were living alone and unmarried. The study found that couples cohabiting for the first time were worth $26,927 less than married couples who never lived together. And for people who cohabited multiple times, the wealth gap grew significantly.

Cassandra Dorius, assistant professor of human development and family studies at Iowa State, said in a press release that cohabiting relationships are “unstable,” and can make things more financially stressful.

“Cohabiting relationships tend to be more short-term and unstable, and you keep starting over every time. That is difficult for wealth generation,” Dorius said.

Cohabiting relationships tend to be shorter compared to marriages. When the relationship ends, assets are not divided equally like they would be in a divorce, which can make things messy. For couples who find living together to be the best (or in some cases only) option, Dorius suggests a cohabitation agreement, similar to a prenuptial agreement prior to marriage.

Chris McClarney’s ‘Over and Over’ Is Just Plain Gorgeous