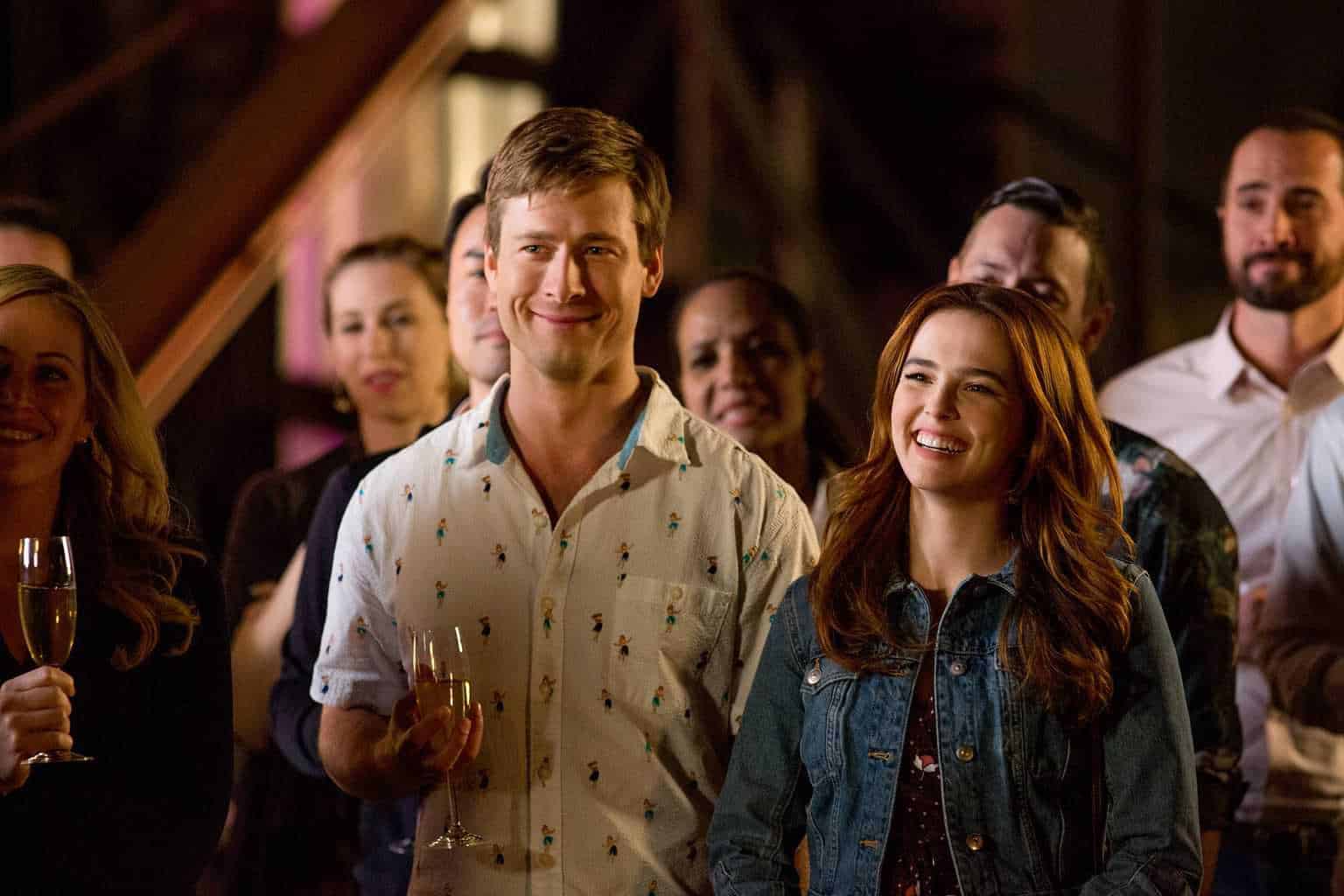 The premise of Set It Up is simple and perfect for a romantic comedy: Two overworked personal assistants team up to make their bosses fall in love, except the assistants start to fall in love in the process. It’s a delightful sentence to read, and in practice makes for a very fun and very sweet movie. But Set It Up’s premise also makes for some great teachable moments, which is why we’re all here now.

Being about two assistants and two bosses and two pairs of back-and-forth lovers, Set It Up has a lot to say about work-life balance, work-love balance and set-ups in general. It also has a lot to say about romantic comedies in general, though that’s more to its credit as a charming movie than as a source of wisdom. Regardless, here’s what you can take away from Set It Up:

1. First impressions are important, but not a deal-breaker.

One of the clever things about Set It Up is that its “meet-cute,” the part in all rom-coms where the leads meet and become interested in each other, is not a meet-cute at all, but rather, a meet-and-argue-and-hate-each-other-for-a-little-bit. Harper (Zoey Deutsch, who you will have a crush on after this movie) and Charlie (Glen Powell, who you will also have a crush on after this movie), meet each other in the lobby of their building as they’re fighting over the same delivery order. They’re both very petty and selfish and leave thinking the other is a real piece of work. It’s a wonderful scene.

But of course, after that first impression comes a second impression, and that’s when Harper and Charlie really start to notice each other, and their connection becomes energetic and lively and exciting. They overcame the tough first impression. Remember that, now.

2. Set clear boundaries between your work life and romantic life.

Harper and Charlie manage to ignite a spark between their uber-mean bosses via a kiss cam (pretty savvy, no lie), but it’s not smooth sailing from there. Each boss is such a narcissistic control freak that the relationship between them is compromised at almost every turn, and Harper and Charlie have to scramble to keep things afloat via faked apology notes, gifts and all manner of romantic gestures.

Because see, the bosses don’t have a boundary between their work life and their dating life, so when the ambitions of one bled into the other, it made a huge mess and people were hurt. You have to draw that line nice and thick. Therapists say that.

One of the most romantic and heart-pounding scenes in Set It Up is when Harper and Charlie ditch their dates at an engagement party to eat pizza together on the floor of Charlie’s room. They sit next to each other and talk with their mouths full and make each other laugh and you just want them so badly to kiss their pizza-sauce mouths together in that moment.

But then they don’t. Harper leaves with the last piece of pizza. It’s excruciating. But in your heart you know there’s no going back for either of them. They shared an amazing moment over that pizza. They’re in love now. Thank you, pizza. Always.

4. It’s never too late to catch them at the airport.

Bet we can guess your favorite rom-com scene: the one where the lover who made a mistake chases down the other lover right as they’re about to board a flight. It’s always a strong and emotional moment, and usually leads to a great confession or declaration-of-love scene.

Set It Up has an airport chasedown, too, but it’s a little different, because halfway out the door, Charlie realizes he has four hours before the flight leaves, so he can take his time. It’s very funny, but then when things become serious at the airport later, it’s all very sincere and the payoff really delivers. So if you want to plan a dramatic last-second plea for someone’s heart, the airport is still your best bet. Flights are never on time, anyway.

In Set It Up, the bosses don’t end up together because their selfishness dooms them, and no matter how much string-pulling Charlie and Harper try behind the scenes, it was always going to be that way. On the other hand, Charlie and Harper are reverse set-up at the end of the movie, and they realize that since they’re already pretty into each other, but into each other for all the right reasons (more on this next), they can make the relationship last. Set-ups aren’t guarantees and neither are relationships, but they can both work.

Maybe that point was super obvious.

6. You love someone when you know their flaws and stick it out anyway.

Here’s the best line in Set It Up: “You like someone because of their good qualities. You love someone despite their flaws.” It just turns your brain into an exploding watermelon, doesn’t it? What a lovely, beautiful, profound thing. Remember the first impression? That was an honest impression between Charlie and Harper, but because they were also able to find so much good in each other, they were able to look past the negatives and build an honest relationship based in reality instead of infatuation. That’s why they worked and why the set-up bosses didn’t work.

And that’s the wonderful truth inside of Set It Up, and why it’s so good as a rom-com: It’s just a bit truthful. Oh, and it has pizza. That’s still the best part.

Ask a Pastor: Why Does God Condone So Much Violence in the Old Testament?

It’s Official: The Rock Will Not Be Our Next President