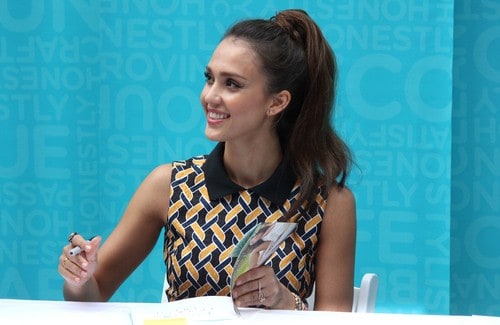 Managing money can be hard. But, along with following sound, proven principles, sometimes, it’s helpful to look at inspiration from people who have done it well. Even if it’s not the people you’d expect.

Not everyone who has a big bank account looks like the Monopoly guy or was born into wealth. Some people have unexpected origins and have discovered a few lessons that we can all learn from.

Barbara Corcoran grew up in a two-bedroom apartment she’s shared with her parents and nine siblings. Today, she’s a multi-millionaire known to many as a savvy investor on Shark Tank. Suffering from undiagnosed dyslexia Corcoran struggled in school. But, what she appeared to lack in the classroom, she made up for with hard-work—and leaning on her personality and ability to connect with people.

On the advice of a future business partner, she tried her hand at real estate, and ended up finding that she had a knack for working with people and finding them homes. With her boyfriend/business partner and a $1,000 loan, she launched her own real estate company with a full staff of agents. Even after her boyfriend/business partner left her (telling her, “You’ll never succeed without me”) Corcoran refused to let another challenge prevent her success. She would go on to a widely-successful career in real estate, eventually selling her company for more than $60 million. She explained to Inc., “I knew how to sell things. And I didn’t like working for other people. A good sign that you should be an entrepreneur is if it bugs you to work for someone else.”

The lesson: Everyone has different strengths. If you are willing to lean into what you are good at and don’t get discouraged by trials along the way, success will follow.

OK, so NFL superstar tight end—and delightful goofball—Rob Gronkowski may not be the first person that comes to most people’s mind when they think about financial genius—but when he first made it to the NFL, he received some interesting financial advice, and has been following it ever since. He puts every one of his NFL paychecks in the bank without spending a dime of it, and instead lives only off what he makes in endorsements.

Obviously, Gronk’s exact method won’t work for most people—he makes millions in salary—but the principle is sound. If you are able to side hustle enough to commit the extra income to covering some basic expenses (like, say rent), than you can bank your main income. If you are married, you can try living off of one income, while saving the rest. Sure, we can’t all live pro athlete lifestyles, but, finding practical ways to save can insure that you still have money in the bank.

“Well, that’s an obvious one,” you say, but is it, really? Solomon’s the wisest man of all time, but you don’t hear his financial savvy brought up nearly as much as his insights into how to determine the true parentage of babies. And yet, his words about money are probably (hopefully) more relevant to your day-to-day life. For all Solomon’s wealth, one recurring theme of the Book of Proverbs is how paltry money is next to true wisdom. “Better to have little with godliness than to be rich and dishonest,” Solomon wrote in Proverbs 16:8. It’s a reminder that a big part of being a financial genius making sure you’ve correctly prioritized finances behind things that have real value.

It’s been a while since Jessica Alba was considered a Hollywood a-lister, but that appears to be mostly by design as she’s moved over to the business world where, believe it or not, she’s making a killing.

Alba’s the founder of the Honest Company, which makes inexpensive and ethical household products. “I founded The Honest Company on this idea: Everything that touches you and your family–everything in your home–needs to be nontoxic, needs to be effective and beautiful to look at, and needs to be affordable,” she told Inc.

It’s a good idea, and that’s not just an opinion. The Honest Company moved $250 million worth of merchandise in 2016 and as of last year, was valued just shy of a billion dollars. Having Alba’s name attached to the company probably didn’t hurt the initial startup phase, but the Honest Company is now in its 10th year and still turning over a healthy profit. That takes real financial savvy, and Alba’s now spent a decade proving her doubters wrong.

The lesson: If you feel called to entrepreneurship, yes, find something you are passionate about, but also find a need that potential customers and clients have, and figure out a fresh way to meet it.

The Servant Who Invested the Talents

Now this may not be the hottest take on the internet, but it’s worth noting that when the servant in Jesus’ parable was rewarded for his financial savvy, it wasn’t an empty gesture. According to Matthew, a master left three of his servants in charge of some money — five talents for one, two for another, and one for the last. The first two servants went into town and invested their money, each doubling their profit. But the last servant was too scared, and he buried his money.

That last servant gets written off as “wicked and slothful” in the Bible, but the first two have gone down in history as “good and faithful.” Now, it’s pretty clear that Jesus was talking about a lot more than just money here, but that doesn’t mean this isn’t sound financial advice. Investment is a risk, but it’s one worth making.

Having trouble managing your finances? Find out where you stand by taking this financial wellness quiz.