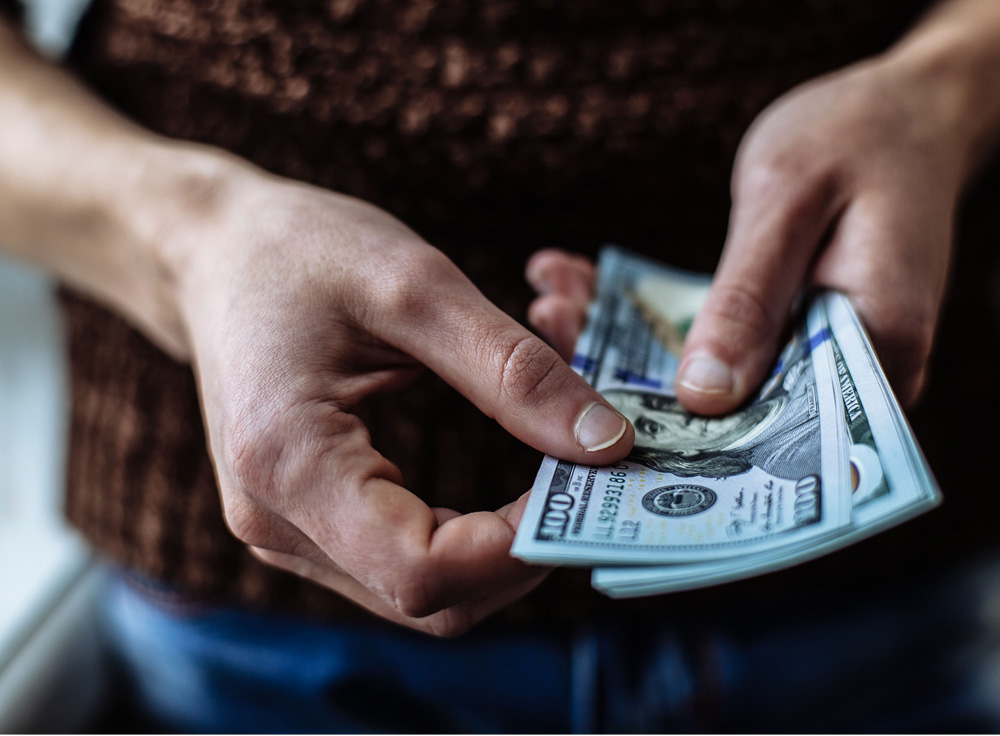 When I was starting my career, I thought about success like a dog thinks about the tail it’s chasing in circles. I was sprinting around to get ahold of success, but what would I actually do if I caught it?

I had no idea.

But succeeding financially isn’t as clear-cut as a dog catching its tail. We can catch up with success so gradually that we hardly realize it. Maybe it’s the house payments we can always make on schedule now, or the vacation that’s finally within reach. Maybe it’s the incremental growth of your small business or the promotions so small that you hardly realize you’re now making almost twice what you made five or 10 years ago.

But when success is gradual, it’s easy to let our expenses slowly grow without intentionally considering the growth of our giving as well.

Here are four reasons to consider whether your giving has kept up with your success.

1. Reconsider your definition of wealth.

If you have more than enough money, it’s time to think seriously about how you give. But how we define “enough” is relative.

In addition to giving to your local church, there are many opportunities to make an impact on the community around you. Global missions. Local schools. Crisis pregnancy centers. Children in poverty. Struggling single moms. Refugees fleeing conflict. It’s easy to look at all the needs and opportunities in the world and say, “I can’t do it all. I can’t take on this many issues.”

God gives each of us individual burdens for specific needs of the Church and the world. Think about your purpose, about the needs and issues that move you to tears. Visualize them. What if there were only three, maybe four, things you could say with your life? Would you want those things to be said on accident, or would you want to pick the ones to be said? Use those priorities to focus your giving.

In Mere Christianity, C.S. Lewis writes, “If you read history you will find that the Christians who did most for the present world were just those who thought most of the next. … It is since Christians have largely ceased to think of the other world that they have become so ineffective in this. Aim at Heaven, and you will get earth ‘thrown in’: aim at earth, and you will get neither.”

Our modest gifts can seem paltry in comparison to the huge needs in the world, and it can seem like it’d hardly make a difference to spend the money on ourselves. But how long will the things we want to buy for ourselves last? Compare that to the last impact of a ministry that is preaching the gospel or helping people lift themselves out of poverty. Even more, compare the things you could buy yourself with the treasure laid up in heaven.

I don’t know about you, but I find it easy to research needs and ministries, consider my burdens, make plans—and then run out of momentum before I actually give any money.

Clear out a time this week where you can sit down and consider issues and opportunities for giving, and then ask someone you trust to hold you accountable to actually following through and giving. You won’t regret it.

Todd DeKruyter is the author of the book Navigating Life with More than Enough. Combining his personal experiences with affluence and his time as a financial advisor, he loves helping people consider how to live wisely with the money God has entrusted to them.

Johnnyswim Is Getting Its Own Reality TV Show

Ann Voskamp: Whoever Tells the Church Mothers to Go Home Are Homewreckers in Our Father’s Church