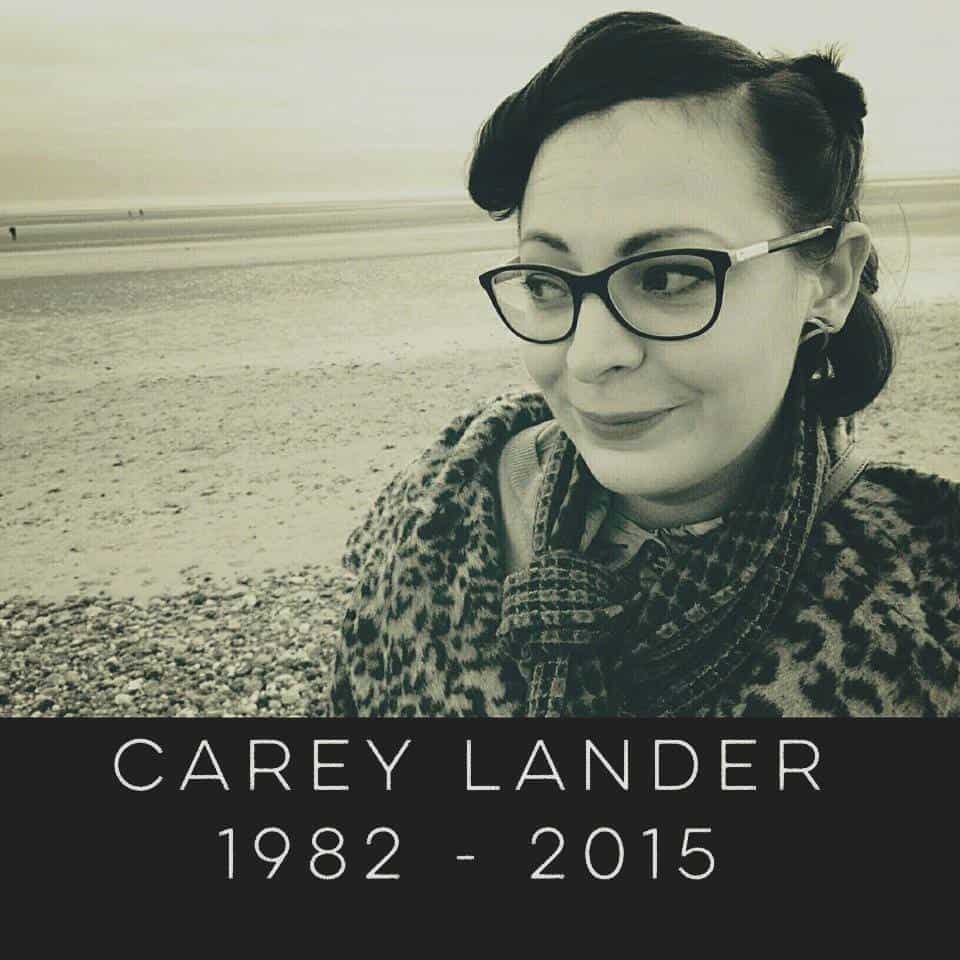 Yesterday, Camera Obscura’s Carey Lander died after a long battle with cancer. She was 33. “It is with the greatest sadness, that we must share the news that Carey passed away peacefully this morning after her illness with cancer,” said the band via Facebook. “We have lost our friend and bandmate, and our deepest sympathy goes out to her partner Kenny, and to all her family and friends.” Earlier this year, the keyboardist started a Just Giving campaign to help fund the fight against Sarcoma.

In 2011, I was diagnosed with Osteosarcoma in my leg,” she explained. “It’s an aggressive form of bone cancer that’s treated with a very harsh regime of chemotherapy and surgery or possible amputation of the affected limb. Particularly horribly, it’s a cancer that most commonly occurs in children and because of its rarity, receives scarce attention or funding and there has been very little in the way of new treatments developed in the last 30 years. It’s probably too late to help me, but it would be great if we could find something in the future that means children don’t have to undergo such awful treatment and have a better chance of survival.

I’ve been quite fortunate in that I have been able to have periods of living something of a normal life in the last four years and to continue playing with Camera Obscura. Being able to record the album we had started working on before my diagnosis, and to travel and play shows again has been amazing, and I’m very grateful to everyone that’s bought out records, come to our concerts or supported us in some way. Sadly, my illness is here tripping me up again and I feel like it’s time to tell people a bit more about it and see if I can raise a bit of cash to help others in a similar situation. I’m hugely grateful for any donations you feel like making. Thank you.

Currently the project has raised over £50k. You can check out the campaign and donate here.

Why You Feel Stuck and What to Do About It