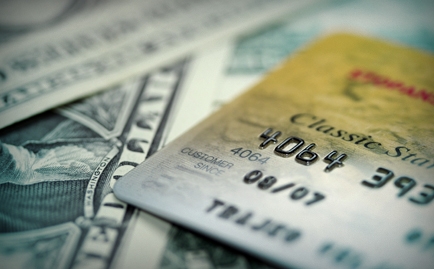 When I was a teenager, I experienced what I can only describe as raging shoelust.

Like
all the other boys in my class, I obsessed over running shoes. After
school I would go to Discount Daisy’s shoe shop just to look at the new
trainers with their sleek design features: bright reflective strips,
super-cushioned soles, the Nike swish, the Adidas stripes. Deep down, I
knew these shoes were special. I had to have them.

How
can I express in print the thrill of the purchase? Words are too poor.
At last, the shoes were mine. All that the trainers were, I now
possessed. And if I was lucky, I could wear them home!

Do you remember this kind of thing?

Something
was going on with those shoes. This was about more than footwear. This
was about envy, seduction, the thrill of the chase, the power of the
purchase, the warm afterglow of conquest and that profound,
inexpressible bond between man and sneaker.

It
isn’t just me. We’re all involved in this worldwide love affair with
stuff. Consumerism has been growing for a while. Since the 19th
century, industrialization has allowed us to make more and better
products. At the same time, individualism has been on the rise. The
members of each generation have increasingly seen their lives as a
personal quest for self-fulfillment. In the last 50 years, consumerism
has gone global. It has become the driving force of our economy,
powered by advertising and easy credit. Now, for most of us, it’s the
air we breathe—as vital to our culture as TV memories are to our
childhood.

So then, consumerism is a bad thing, right?

So it’s a good thing?

If
you’re like me, consumerism is part monster, part friend. If we’re
going to name it well, we need to see both sides. So let’s brace
ourselves and look at the ugly, slimy side first.

For
starters, consumerism is unsustainable. If everyone in the world
adopted a Western lifestyle, we would need at least two planets to
resource it, and possibly five. Which means I’m living a lifestyle that
can’t be made available to all.

Consumerism
has a monster-sized environmental footprint. The shopping economy
depends on us mining and making and shipping and packaging and throwing
away more and more stuff. When eco-disasters strike, the rich nations of
the world will always find a way through. It’s the poor nations,
despite their small carbon footprint, that increasingly bear the
consequences of the consumer revolution they never got to enjoy.

Consumerism
thrives on ignorance. I have no idea who made the vast majority of my
stuff. I don’t know if they were paid fairly. I don’t know if their
working conditions were humane. All this is often hidden from view. But I
am no longer unaware of the kind of things that go on.

This is the ugly side of the monster, the dark shadow of the consumer dream.

But
at the same time, consumerism isn’t without its benefits. Consumerism
has contributed to our prosperity. The power of consumer demand has
encouraged more efficient manufacturing, better technology, developments
in health care and more besides.

Consumerism
has created jobs. Despite the huge differences in pay and conditions
around the world, our consumer lifestyles have created a vast market for
growing economies.

Consumerism
is allied to great political freedoms, too. Who would want to surrender
the right to spend freely earned wages on what we choose?

I am a torn soul. The monster is also my friend. In fact, like every other consumer in the system, I am part of the monster.

On
the one hand, guilt can’t change the world. But on the other, I’m fed
up with being paralyzed by the idea that the only thing I can do to
combat global poverty is buy another pizza.

I’m
looking for a way forward. I want to know how to live within the system
but without it dominating my life. I want my consuming to become
creative, shaping the economy instead of being shaped by it.

But how do we know if this is more than a fantasy?

How do we know if liberation is possible?

That’s when I turn to the Scriptures.

There’s
a whisper of liberation in the leaves of the Scriptures. There’s a
conspiracy of freedom. The Bible carries the story of slaves on their
way to a new land. It is alive with the songs of those who once were
trapped but now find themselves in a spacious place. It’s the Scriptures
that tell us a fairer world is worth hoping for. They tell us that
liberation is possible.

Liberation
requires a journey. It means facing the sparse wilderness, and learning
some truths about ourselves along the way. But in the end, we will find
a new kind of abundance, greater than we have ever known.

The path is
always worth taking.

Liberation is possible. If we are willing.

It doesn’t matter where we’re starting from or what pace we’re traveling. What matters is the journey.

This is where grace comes in.

Grace
says it doesn’t matter where you’re coming from. All that matters is
which way you’re facing, and just taking one step at a time.

So I am a consumer. This is where I begin.

Can you see this?

Are you willing to try something different?

If so, let’s do it. We can embark on a journey to be more than consumers. On the way we can learn what it means to first
be friends and family members, neighbors and citizens, human beings and
children of God. If we get that right, “consumers” is the last thing
we’ll be.

Then
when we consume, it will be different. When we consume, we will be more
free, more just, more joyful. And sometimes we won’t have to consume at
all.

This is the breakout I’m looking for.

This is where the journey begins.

Taken from Consumer Detox by Mark Powley. Copyright
© 2010. Used by permission of Zondervan. www.zondervan.com.
Mark Powley is a founder of
Breathe, a Christian network for simpler living (www.breathenetwork.org). He
has studied theology at the Universities of Nottingham and Oxford. He is
Associate Rector of St George’s Leeds, UK, where he lives with his wife and
four young children.