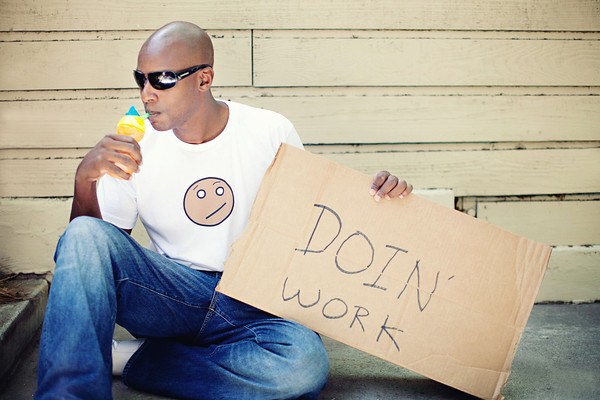 Doyin Richards is the man behind Daddy Doin’ Work, a blog recounting his adventures as a father to two girls, a three-year-old and a newborn. His wife, Mariko (who is half-white, half-Japanese) expressed some skepticism that Richards could do his daughter’s hair, so he snapped a photo of himself whipping it into a ponytail. This is the Internet, so you just know someone is going to find some reason to hate it, and find it they did. Richards’ photo went viral, with all kinds of racist jerks spewing their racist comments all over it. We won’t reprint them here, except to say there were a lot of accusations that the kids couldn’t be his because they didn’t have his skin color.

Fortunately, Richards has handled it all like a hero, sending commenters packing with class, wit and style.

Why don’t you put big boy shorts on and get in on the revolution of good fathers? It’s not a good look to tear down dads for doing the work your wives wished you were man enough to do on your own. If you don’t believe me, just ask your spouses. They’ll tell you.

Take note, Dads. This is what a good one looks like …

So You Don’t Like the Way Christians Are Portrayed on TV?