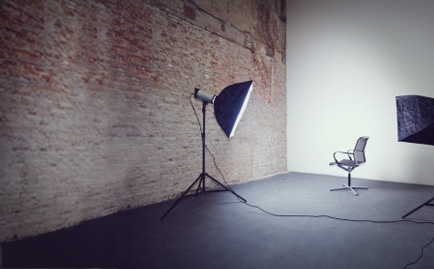 In high school I had a journal with a verse quoting John the Baptist emblazoned across the front: “He must increase, but I must decrease.” During my teen years, this was my creed: serving on the sidelines, pointing to Christ.

But this was before the advent of social media. Before I became a literary publicist and promotion became my profession. Before I got wired to my laptop and began internally cheering at every blog hit, Facebook “like” and new Twitter follower. It seems everyone is clambering in some way or another for influence, and I, like many writers and bloggers, began to develop a love/hate relationship with social media. To me it seemed like the two causes are held in tension: How do we reconcile building our own platform and building Christ’s Kingdom? Are the two mutually exclusive or can they work in harmony?

As much as people might like to champion social media or blame it as the scapegoat for our culture’s vices, I’ve learned that social media is what you choose to make it. New media has been bravely and creatively used to spark awareness for social issues, and it’s been used by ministry leaders to publicly defame other ministry leaders. It’s been used to connect communities that otherwise would have never bonded, and it’s been used as a mind-numbing distraction and irresponsible use of time. Like all things on God’s green earth, we can either use it as an instrument to further God’s Kingdom, or we can fashion it into an idol for our own self-worship. And the deciding factor is often a posture of the heart.

The technology may be new, but the tension is old. Like many authors, pastors and bloggers today, John the Baptist was building a platform back in the first century, and he embodies the perfect example of how influence can be used for selfless purpose. John the Baptist was preaching the coming of Christ in the wilderness, and people were coming to him in droves to be baptized. The religious leaders of the day were suspicious of his influence, possibly viewing him as a competitive threat, and they confronted him by demanding that he identify himself and his purpose. Instead of using this opportunity to talk about himself, John replied by defining himself as the voice merely introducing another: “John replied in the words of the prophet Isaiah, ‘I am the voice of one calling in the desert, "Make straight the way for the Lord"’” (John 1:23).

It’s not as if John the Baptist didn’t have chances to build up his own glory—Scripture tells us that when he preached, whole cities went to listen (Mark 1:5)! But John’s purpose was not to draw attention to himself. He was preparing the way for a greater Word, a Word from heaven. John knew he had a voice of influence, and instead of stifling it in the name of false humility, he used it strategically to usher people into the presence of the Savior.

The same choice is ours today in the digital realm: We can either use our voices of influence for our own self-promotion, or for a sacramental purpose:  as an avenue of grace extending beyond ourselves. I’ve learned that when it comes to social media and ministry, the message is not about buzz and blog stats. It’s about life. In this age of information overload, we don’t need any more influence-hungry marketers. We need people who are able to articulate life-giving truth with elegance and clarity.

This is an issue that requires constant checking of ourselves and monitoring of our motives. I know I have been guilty in the past of using my voice simply because I have been handed a loudspeaker, but my online interactions were not ministering to anyone, they were simply adding to the noise (to borrow from a Switchfoot lyric). If we’re ever blogging just to fill the blank page, or speaking into cyberspace just to tally up our own influence, we’ve let the medium overshadow the life-saving message of redemption. And I hope that by intentionally checking ourselves and practicing putting Christ first in our physical lives as well as our digital lives, we will learn to turn that around.

The tension between platform-building and Kingdom-building is reconciled by just that: a simple turn in perspective. Best-selling author Ann Voskamp articulates this same perspective that John the Baptist knew long ago: “The only platform in the upside down kingdom is an altar.”

Stephanie S. Smith is a twentysomething writer, editor, blogger and literary publicist addicted to print and pixels. She runs her business, (In)dialogue Communications, from her home in Upstate New York where she lives with her husband. Stephanie blogs at www.stephindialogue.com about embodied faith, creative life and millennial culture, and you can catch her on Twitter @stephindialogue.

Worst Airport to Sleep In