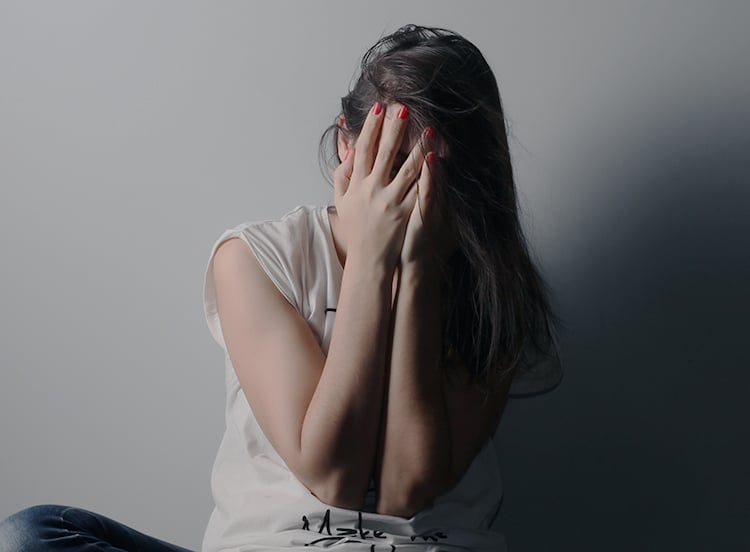 Addiction is a condition that plagues millennials. And it’s not simply drug addiction—whether you’re addicted to pornography, social media or entertainment, you’re struggling with a dangerous idol that threatens your relationships, not least among them your relationship with God, who wants desperately to offer you freedom.

But relapse happens. As a recovering alcoholic, I personally know the pain of returning to the bottle, and the difficulty of finding release once you’ve sunk back in. I’m also intimately familiar with the guilt, shame and self-judgement that come along with relapse. Here are a few things that Christians should know about relapse.

It happens even when we don’t want it to.

My first period of recovery was, honestly, one of the greatest experiences of my life. I felt this incredible sense of lightness, an inexplicable inner peace that, even when I felt like going back to drinking, never really left. For a long time, it motivated me to stay sober. Then I relapsed, and for what seems like no good reason. I wasn’t struggling, I wasn’t experiencing an intense urge and life seemed to be on a great path. But Satan is called the Tempter for a reason: He will exploit any weakness, even as he attempted to cause a weakened Christ to sin in the desert.

The Word reminds us that no one is—not even Christ—outside of temptation. In fact, Christ was tempted in every way (Hebrews 4:15). As fallible human beings, we are given to temptation, and at times it’s a barrage when we least expect it. The Tempter is cunning, and we’re all susceptible.

It’s really hard to break from.

One of the most difficult things to do is to break an addiction, and relapse actually makes it worse. When Christians relapse, the feeling of failure is often so strong that it drives them even deeper into addictive behavior. That sense of failure is manipulative, and it’s so harmful.

The best thing a Christian sister or brother can do for someone struggling to gain release from relapse is to remind them they’re not a failure. That the progress they’ve made is real, and that further progress is achievable. Paul’s admonishment to the churches in Galatia, to bear up one another’s burdens, is critical for us to remember, especially when the burden of addiction is so heavy and relapse makes it so difficult to pick oneself up.

God doesn’t value you any less.

It’s a dangerous lie to believe that God is angry with us when we give in to sin. Christ utterly absorbed and dispelled the wrath of God on Calvary’s tree. Romans 8:1 reminds us there is no condemnation. Our sins are forgotten by God.

Nevertheless, we forget God’s abounding love for us when we relapse because we’ve fallen into a sin that sometimes seems insurmountable. What God does see in those moments is our pain and our brokenness, and He desires to reside with us in those dark, deep places. He also grieves over the natural consequences of our sin, which in cases of addiction, can be severe. God’s desire for us is deliverance from addictive behaviors, and through therapy, medication, Christian community, prayer and careful attention to our choices, we can come to a point where we truly experience freedom.

There is no shame.

Shame is sometimes useful in that it helps us to feel uncomfortable about something we’ve done wrong. But in relapse, it should never be more than a realization. Allowing oneself to settle into shame, to live in that negative space, not only allows the Enemy a further weakness to exploit, it also stalls one from reaching a point of recovery.

Brené Brown, author and expert on vulnerability, guilt and shame, believes these feelings get in the way of true healing from addictive behaviors: “As a shame researcher, I know that the very best thing to do in the midst of a shame attack is totally counterintuitive: Practice courage and reach out!”

The way to combat shame is to be vulnerable about our failings, admit them and seek out ways to constructively overcome them—without beating ourselves up for falling short of the expectations of others (or ourselves).

Above, I mentioned that we’re all susceptible to temptation. And that means relapse can happen to anyone, even after they’ve found recovery. I once knew an alcoholic in AA who had suffered through relapse after relapse, found sobriety, maintained it for 30 years and then relapsed again in his 70s.

The good news is, he recovered. And as a believer, he credited his relationship with his Higher Power for giving him the strength to overcome something that he thought he had beaten years prior. Yes, relapse can happen, and happen again. But there’s no reason to lose hope of victory.

It’s easy to think those in relapse aren’t “trying hard enough,” or the addict needs to “hit rock bottom” before realizing true recovery. These are misconceptions that Christians need to work hard to combat. After all, the Church has a major role to play in helping addicts achieve true recovery and freedom in our Lord Jesus Christ.