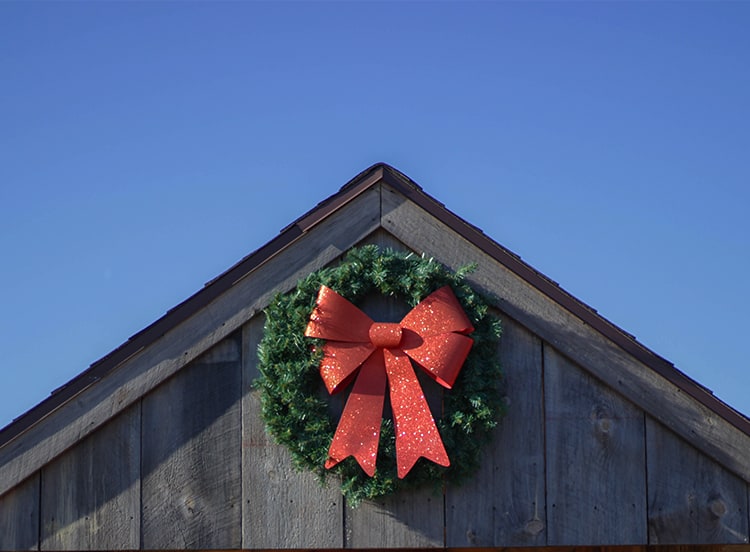 Christmas might be the most heavily mythologized thing of all time. Sure, it starts out with the myth about Santa and eight tiny reindeer, and most of us unlearn that one pretty early, but then there are other myths that start getting broken down. Eventually you learn that December 25 wasn’t Jesus’ actual birthday, Rudolph wasn’t part of the original gang and “Jingle Bell Rock” is terrible.

But no matter how many myths we take down, there always seem to be a few more. Here are some common myths about Christmas a lot of people—even Christians—still believe about the holiday.

December 25 Used to Be a Pagan Holiday

By this point, most people are probably aware that December 25th wasn’t Jesus’ literal birthday. The more popularly held view now is that December 25th was a holiday that celebrated one of the Roman gods, and Christians just re-appropriated it. But actually, that’s not totally correct either.

According to Andrew McGowan of the Berkeley Divinity School at Yale, there’s really no record of a pagan holiday on or around December 25th. In all likelihood, choosing December 25th as the date of Christ’s birth was a bit of an educated guess. Tertullian of Carthage estimated that Jesus was crucified on March 25th, and Christian tradition held that he died on the same day he was conceived: the Feast of Annunciation. And exactly nine months after March 25th? December 25th.

“Xmas” is taking the “Christ” out of Christmas

Wherever the word “xmas” is used as shorthand for “Christmas,” you can be sure there will be a few people claiming the “x” is a weapon of those secularists and their unending War on Christmas.

Actually, the usage of “X” for “Christmas” is almost as old as the holiday itself. In the fourth century, when Constantine elevated Christianity into a state religion, he started using “X” as a symbol for Jesus Christ. Parchment was expensive at the time, so it was it was common for people to use shorthand for popular words like Jesus.

According to Vox, “XPMas” had become a popular nickname for Christmas by about 1021, which was later shortened to “Xmas.” The phrase has stuck ever since, making it an interesting literary holdover from a millennia ago, but not particularly relevant to the alleged secularization of Christmas.

It’s hard to know where to begin with this one because the pop culture idea has become so prevalent. Many (although not all!) Christians now know that the Bible doesn’t specify the number of “wise men” who came to visit Jesus, but that’s not the only myth at work here. In addition to the number, many of us are confused about who these people were. They weren’t kings, but magi. We get our English word for “magician” from the same root, and they were actually closer to magicians than they were to royalty.

Magi were usually men of noble birth who devoted themselves to studying ancient wisdom of all kinds, something like a cross between a philosopher, an astrologer and that annoying guy at parties who listens to too many podcasts.

The cuddly pictures of the magi showing up around the same time the shepherds did is wrong, too. While the shepherds did show up on night of Jesus’ birth, according to the Gospel narrative, the magi came later—maybe a lot later. We know they arrived after Jesus was presented at the temple, which would have been at least 40 days after His birth. We also know Herod ordered his soldiers to kill every child in Bethlehem younger than 2 years old, so we can assume Jesus was under 2. That means the magi showed up anywhere between 40 days and 2 years to congratulate Mary and Joseph on their new baby.

Hey, it’s the thought that counts.

Jesus was born in a stable, because there was no room in the inn.

We have to be careful here, because this is such an important part of many people’s vision of the Christmas story. The Bible does say that Jesus was laid in a manger, which gave rise to the popular notion that all this happened in a barn next to an inn. But the Bible doesn’t say that and, in fact, there is good reason to assume otherwise.

The greek word being translated to “inn” here is kataluma. That word can mean “inn,” but it doesn’t have to. The only other time kataluma is used in the New Testament is in reference to the well-furnished guest room where Jesus ate the Last Supper with His disciples. We know Joseph had family in Bethlehem (which is why He traveled there to take the Roman census) so it’s safe to assume that, in this case, kataluma is referring to a family guest room.

Now, the word “manger” here does mean an animal feeding trough, but at the time, a family’s animals were often brought into the house itself at night to protect them from theft. It was not at all uncommon for families have mangers in their ground-floor rooms so the animals could be fed at night while the human members of the household slept in the upper levels.

So what probably happened was this: Mary and Joseph traveled to Bethlehem expecting to be able to stay with Joseph’s family. But the guest room was full by the time they arrived, so Mary and Joseph stayed downstairs with the animals. Not exactly an ideal scenario for giving birth, but not a barn either.