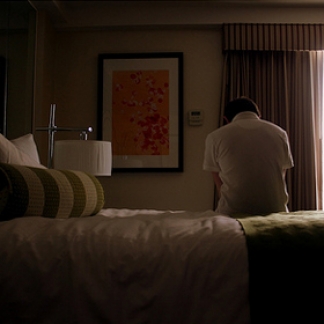 “We regret that we are unable to offer you admission at this time.”

“I really see our relationship as more of a friendly one. Pal.”

“There are better candidates for this job. Thank you for your interest.”

Rejection stinks. As in, it almost literally has a smell: the aroma of dashed dreams and curtailed crushes. It’s not pleasant, and it lingers. And whether you’re rich or poor, handsome or homely, fortunate or persistently unlucky, we have one thing in common: we’ve all caught a whiff.

It’s a feeling that’s becoming far more common of late. With a faltering economy, jobseekers are facing a tough road in finding employment. Recent college graduates face higher unemployment than any other educated group. And the rejection begins before a lot of people even graduate. In a recent interview, Gary Boley, Youngstown State University’s director of career and counseling services, spoke of the way the economy is impacting a tough job market. “With the economy taking a dive and there being less hiring, we’re seeing less recruiting on campus,” he says. “The employers are hiring fewer people. Instead of hiring four or five, they’re hiring one or two.”

Rejection goes far beyond just employment, though. No matter who you are, from Moses to Barack Obama, you’ve been rejected for something in your life. Getting shot down is arguably the largest blow that happens to your ego; it’s a big “return to sender” from the entire world—unsigned, unsealed, undelivered. Sometimes you don’t even get an explanation: you’re simply stood up, or told to pack your things and be escorted out. Maybe you never hear a peep about the entries you expectantly send to the New Yorker cartoon caption contest each week (which chronically happens to, uh, my friend).

The toughest part about rejection is that it makes you feel unseen. The editor doesn’t want to read your manuscript. Your bank doesn’t care how badly you need that loan. It’s the aching knowledge that that cute guy or girl has looked you up and down, taken full stock of your brains and talents and personality, and said, “Hmmm. I think I’ll pass.”

If rejection is God’s protection, as countless Christians have told me, then I must be the safest person in the universe. In the past year, I’ve gone from graduating with an Ivy League degree and dating a cluster of cute guys to being stuck in my ho-hum job and eating frozen pizza on Friday nights. And not for lack of trying. But at some point after receiving that first layoff, the seventh rejection letter, and that 250th unreturned email, the “no’s” start to get to you.

Rejection has a way of wearing us down. In his book Rejection Is Hell, Jonas Clark states that, "Rejection is one of the most pervasive hindrances of spiritual maturity in the body of Christ today." It changes our perception of ourselves, and we begin to believe that we deserve the rejection that comes our way.

So how do we deal with being rejected without letting it derail us? We could try to close ourselves off to experience, or to caring. But this brings disastrous results. As C.S. Lewis said in his book The Four Loves: "To love at all is to be vulnerable. Love anything, and your heart will certainly be wrung and possibly broken. If you want to make sure of keeping it intact, you must give your heart to no one. Not even an animal. Wrap it carefully with hobbies and luxuries, avoid all entanglements and keep it safe in the casket of your selfishness. But in the casket—safe, dark, motionless, airless—it will change. It will become unbreakable, impenetrable, irredeemable."

The only way to truly deal with rejection is to know the source of our self worth. Paul tells us that we are accepted by God, saying: "For all who are being led by the Spirit of God, these are sons of God. For you have not received a spirit of slavery leading to fear again, but you have received a spirit of adoption as sons by which we cry out, ‘Abba! Father!’ The Spirit Himself testifies with our spirit that we are children of God, and if children, heirs also, heirs of God and fellow heirs with Christ, if indeed we suffer with Him so that we may also be glorified with Him" (Romans 8:14-18, NAS). And it’s important to remember what an honor this is. God accepts us, though He’s the one person from whom we warrant rejection. As Pastor John Piper puts it, "The more beautiful and valuable man is made to appear, the less amazing it is that God should love him and help him." If we’ve been accepted by God when we deserve rejection, shouldn’t that take some of the sting out of the minor rejections we face from day to day?

Ultimately, it’s important to remember that nobody starts out on top. The CEO started as the intern. The homeowner began adulthood in a studio apartment on the rough side of town. The soul mates often fought through a string of sour relationships before they met. While God’s will for some is clear, others hit speed bumps and detours and trying times along the way. But each foggy patch builds your character, your confidence, your faith. There’s no right job or right decision that will land you at the end of the rainbow, because there is no end of the rainbow. Just the knowledge that God will never forsake you in the journey.

As for me, I’m deciding to stop taking rejection personally; to not over-idealize some career or some marriage in the future, but to enjoy what I have and where I am in the present. Fear of rejection keeps me and millions of people from acting, paralyzing us with the irrational belief that others’ reactions and approval are the driving force in life. We are over-dependent on human affirmation, and so we don’t take risks. We wallow in our comfort zones, decline invitations and ignore those opportunities that float our way, because we’re too lazy. Or too afraid.

Life is too short to waste time daydreaming about what your life could look like some day. Be glad that you have a job, even if it’s not your dream career, and if you’re unemployed, keep searching and get creative about it. Send your article to the next publisher on your list. Try out that Bible study or that singles group.

If you want to reject something, reject the idea that life is all about you. Reject being too absorbed in your own travails to see that others are hurting. You may not have the power to control who rejects you, but what you do have is the ability to make others feel loved and accepted for who they are.

The only thing worse than getting rejected is never having tried in the first place.