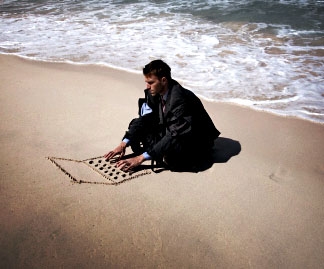 It’s 11:00 p.m. Do you know where you are? You’re online, of course. Everyone is online. To not be online is… well, it’s like being in a coma. You can’t function in the real world without being active in the virtual world. Checking your email 100 times a day might have been a bit excessive a few years ago, but now is considered commonplace. You probably check in with Facebook at least twice an hour. If you don’t sign on to your Twitter account in the next 20 minutes, you will almost certainly miss a life-altering update. You might even have the internet in your pocket. And in most circles, to check your email less than every half hour is to neglect your job, your friends, the news, your stock portfolio and your daily appointment reminders. So, in our modern world, who isn’t “addicted” to the Internet?

To identify a serious Internet addiction is to determine the boundaries for acceptable Internet use. With so many vital parts of life interconnected on the Web, the parameters of acceptable Internet use are fluid and completely subjective. In the 21st Century, being connected to the Net is as common as the United States Post Office, an entity whose tentacles touch every home with a mailbox. In dealing with a so-called “Internet addiction,” perhaps we’ve been trying to solve the wrong problem. Aren’t some people prone to compulsive or addictive behavior? Would it matter if these obsessive personalities focused on the Internet or their rock gardens instead?

To clarify what needs to be cured, or at least treated, many doctors question the term “addiction.” “It’s a sloppy word,” said Carlton Erickson of the Addiction Science Research and Education Center at the University of Texas at Austin, as quoted by Carol Potera in her Psychology Today article “Trapped in the Web.” Potera says there are seeming addictions everywhere as people become obsessed with dieting, exercising, eating, having sex, working, watching television, shopping and a myriad of other vices. She suggests that we have been using the word “addiction” quite in vain.

Erickson noted that the medical world ceased from referring to drug “addiction” and now uses the term “drug dependence,” which connotes an entirely different psychological process. “In dependence, people can’t stop because they have developed a brain chemistry that does not allow them to stop.”

Still, others claim that neither word accurately describes the dark side of Internet use. Perhaps such behavior isn’t dependent or addictive, rather just compulsive. John Grohol, director of “Mental Health Net,” shunned the idea that “excessive” Internet use is pathological. Potera’s summation of Grohol pointed out, “by the same logic, book-worms should be diagnosed with ‘book addiction disorder.’”

Whatever the label says, the social problems of Internet abuse mirror those of other skull-and-crossbones addictions, such as drug or alcohol abuse. Psychologist Kimberly Young identified the warning signs of Internet abuse. Among them: Neglecting loved ones, chores, sleep, friends, exercise, hobbies, sex or social events because of the Internet; spending 38 hours or more a week online; feeling anxious, bored, sad, lonely or stressed before going online, but feeling happy, excited, loved, calmed or confident while being online. If you feel like this might describe you, take Dr. Young’s Internet Addiction Test.

Defining a label for the folly of Internet use might be difficult, but hopefully pinpointing potential problems will not be. David Goldberg, AT&T Labs’ psychologist, paralleled peoples’ virtual personalities with their real personalities and made several conclusions. Basically, virtual reality and reality are polar opposite. Outgoing, emotionally stable, adventurous individuals tend to avoid virtual social gatherings like chat rooms and stick strictly to business when online. On the contrary, painfully shy, emotionally needy introverts tend to embrace the “freedom” of Internet society and often adopt new and different personas to counteract the truth of their "real" social life.

Young, a whole-hearted believer in Internet addiction, supported Goldberg’s theories by pointing out that individuals particularly susceptible to said addiction are “those who are lonely, bored, depressed, introverted, lack self-esteem or have a history of addictions.” Obviously the Internet isn’t the problem, it’s merely a trigger for a pre-existing character flaw.

There are several answers to this problem. Maressa Hecht Orzack, founder of Harvard University’s Computer Addiction Services, encouraged those battling tragic character flaws to set limits on the time they spend online, or on any activity for that matter. Balance is the key to resisting obsessive-compulsive behavior. Such self-examination would be beneficial to all of us.

In the Long Run