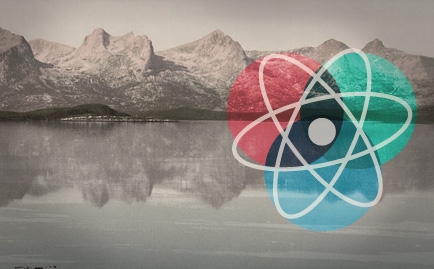 Get Ready for the 11-Month Election Cycle

For some Christians, the science-and-theology dialogue is peripheral to their faith. The heat from disagreement, conflict and unresolved questions repels them. By contrast, I think Christians should care deeply about science—and they should intentionally engage the theology-and-science dialogue.

Here are 10 reasons Christians should care about issues emerging from the science-and-theology interface and an argument for why engagement in the dialogue is fundamental, not peripheral, for Christians interested in an intellectually responsible faith.

We cannot know God as well as we otherwise might if we fail to study creation’s witness to its Creator. The Apostle Paul puts it this way, “Since the creation of the world, God’s invisible attributes—His eternal power and divine nature—have been clearly seen, being understood from what has been made” (Romans 1:20, NIV).

Christians cherish the Bible. It provides the primary—but not only—resource for knowing God, knowing how humans ought to live and knowing some things about the universe. But Christians also know biblical texts can be interpreted in diverse ways.

In the first two chapters of Genesis, God gives humans a special task: care for creation. Taking care takes many forms, depending on the contexts. At their best, Christians draw from science when considering how to be care-full toward all God’s creatures.

For instance, Christians should respond appropriately to the overwhelming evidence for global warming when considering how best to fulfill the call God has given them. They must also heed ecological research on species conservation, even when conservation means changing the way they play, farm, hunt or develop the land.

While Christians may not agree on how best to proceed in response to difficult issues such as these, science should play a central role for finding better ways to care for the world God creates.

Christians do not live in isolation. They exist in communities, societies and cultures. In fact, a huge part of Christian theology emphasizes the relationship Christians have with broader culture.

Science has a loud voice in the public square today. The Christian ignorant about science is easily sidelined or even cut off from cultural conversations about the common good. To be loving citizens who care about God’s work in the world includes conversing with and learning from scientific communities.

Too often, Christians think scientists are people outside the Church. But many scientists are active church members, and many feel ostracized. Too often, for instance, preachers make comments such as, “scientists say,” and then proceed to characterize science negatively. Too often, scientists are looked at suspiciously when it becomes known they affirm evolution, the big bang, the latest in neuroscience or evidence for human contribution to global warming. Too often, young scientists in the Church feel forced to choose between the best in science and Christian faith.

Although the old saying is simplistic, we need to revive the notion that scientists can “think God’s thoughts after Him.”

Nearly 100 years ago, the great philosopher Alfred North Whitehead wrote in the Atlantic Monthly, “When we consider what religion is for mankind, and what science is, it is no exaggeration to say that the future course of history depends upon the decision of this generation as to the relations between them.”

In that same article, Whitehead talks about the conflicts—both apparent and real—nearly a century ago. Today, conflict remains. Dealing with this conflict in a responsible way can develop positively the character of those in the discussion. And it can provide insights for dealing with conflicts in other domains of human existence.

Religion and philosophy are generally known for dealing with the biggest questions of life. Questions such as, “Why is there anything rather than nothing?” and, “What is the ultimate source of right and wrong?” have traditionally been given religious and/or philosophical answers.

But many today argue that science should also play a role in answering these questions. And this argument should carry weight for Christians, because they think the revelation God has given in Jesus Christ and all creation helps answer the biggest questions humans face. Science can help in understanding better the various ways God is revealed to us.

Christians insist that God is the creative source of all that exists: God is Creator. But the Bible also says creatures play a role in the creating process. Genesis says, “The Lord God had formed out of the ground all the beasts of the field and all the birds of the air” (2:19). But Genesis also says God calls upon the ground to “produce vegetation” (1:11), calls upon the waters to “teem with living creatures” (1:20), calls upon the earth to “produce living creatures according to their kinds” (1:24). Creatures are created co-creators.

The idea that God is the ultimate source of creation and creatures joining the creative process is present in other places in the Bible. And God desires that we join in God’s work in our becoming what the Apostle Paul called “new creation.”

These are 10 reasons why Christians should engage in the science-and-theology dialogue, but it is by no means an exhaustive list. What are some other reasons you believe people of faith should also be people of science?

Dr. Thomas Jay Oord is professor of theology and philosophy at Northwest Nazarene University, Nampa, ID, and the author or editor of about 20 books, including The Nature of Love: A Theology (Chalice Press).

Counting the Cost of Cohabitation