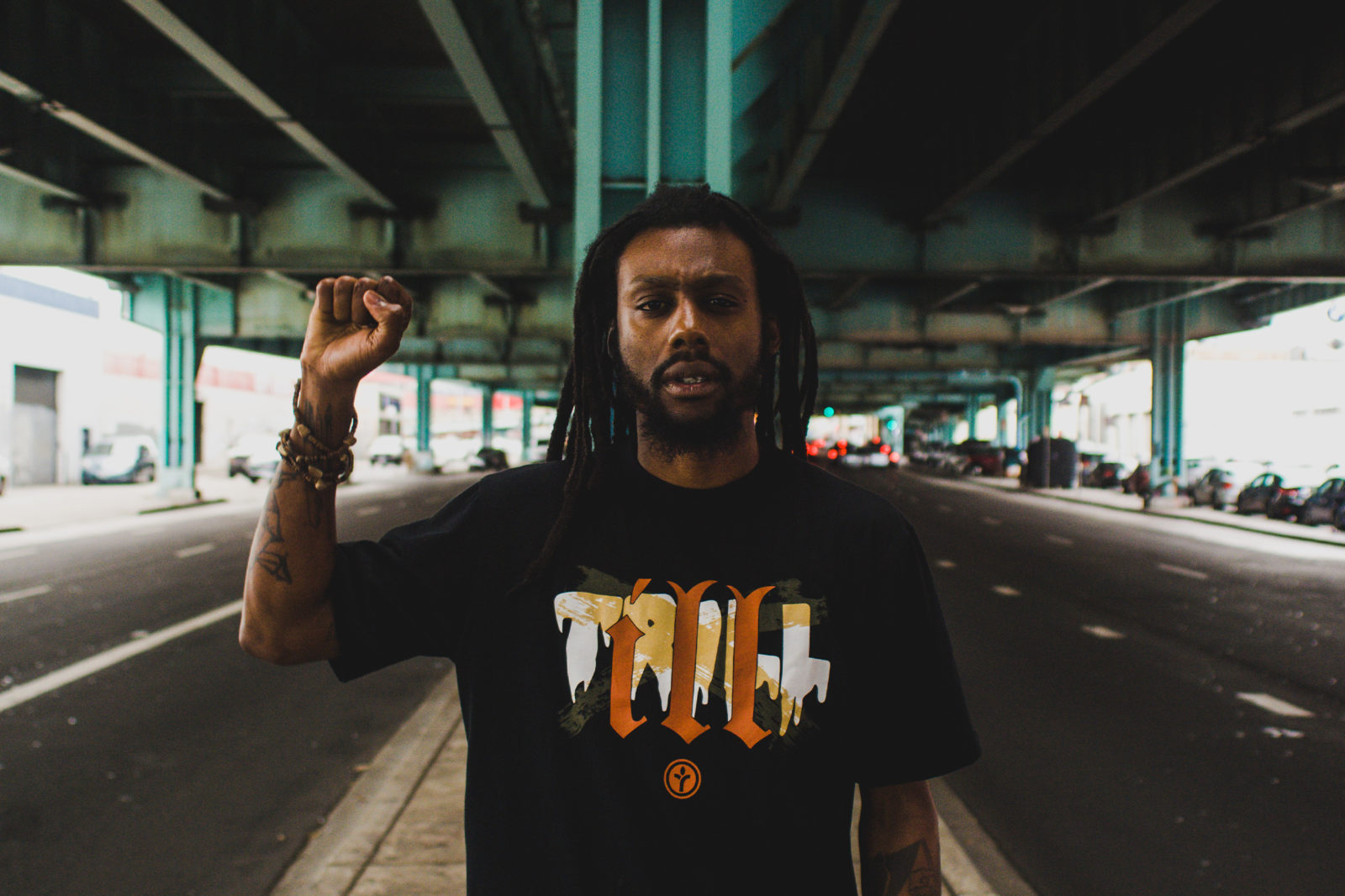 Although President Donald Trump’s various attempts at a legal challenge to the vote continue unabated, there is just no reason to doubt that Joe Biden handily won the election and will be sworn in as president in January. This raises all sorts of emotions — and, in some cases, lack thereof — among the American populace. Some, who did not vote for Biden, are disappointed. Some, who did, are elated.

And then there’s West Coast rapper and activist Propaganda, who doesn’t fit easily into either camp. Prop was not a fan of the Trump Administration, but he’s not exactly cheering about Biden either. He sat down with RELEVANT from his home in California to talk about his thoughts on America’s next four years.

How do you feel about the president-elect?

I think he’ll do. He’s a rational human. I do think it’s funny to think that, OK, if you’re going to believe that there’s some sort of leftwing conspiracy to trick the election or to cheat it, of all the guys to trick it, treat it, to steal it for …Joe Biden? Come on, man.

Not exactly a compelling Trojan horse.

If he’s a Trojan horse for socialism, this is the gluten-free, vegan, Whole 30 version of socialism, you know what I mean?

Biden’s qualified. I am pleased to have someone that at least I can reason with. When it comes to our outgoing president, these four years kind of proved to me that “Oh, you are exactly what I thought you were.” Biden, in a lot of ways, is just sort of a return to quiet racism. Quiet status quo.

He can dial racism back down to normal levels.

I think he is a little more indicative of the bulk of the humans. Basically, everybody wants to brunch. Most of America just wants to go back to brunch.

After the marches and protests that built to an acute point this summer, do you feel like people are going to be too optimistic now? You feel like too many people are ready to just say, “Alright, we did it. Mission accomplished”?

I do feel like that’s the inclination of those who jumped on board the movement this year. Us marginalized groups, our rights are challenged every four years. It’s always life and death for us, so we can’t ever leave the frontlines. But if you have an option to step away and you’re not being gaslit every day, then you can go back to brunch.

But I honestly don’t think those that are on the frontlines are really going to let them. We’re still going to keep pushing at you. I think the damage of conspiracies and the distrust will push these things. We’ve yet to see the totality of what that’s done to our democracy.

Would you say that, like last weekend when they called the election for Biden, were you hopeful? Were you optimistic? Was that a good feeling?

It was good that, in some senses, the doomsday clock just dialed back a little bit. There’s some wiggle room. I definitely felt a sense of relief again that I’m just not going to be gaslit for the next four years. I’m the guy that was reading the war games simulations back in July about what are the four or five different scenarios for how this thing’s going to go and was totally aware Trump wasn’t going to concede, but still watching it happen was still just terrifying.

But it’s dope that people voted and they chose. And you can’t argue with the numbers. So I felt a relief there that it wasn’t just the popular vote, that it was electors.

The elation of that is you’re holding two things at one time. I’m elated. But Kamala Harris is also a cop. I’m from California. I suffered from some of her policies. I have a political position, but I am in no delusion about my party’s issues, my party’s problems, my party’s shortcomings, my party’s capitulation. My party’s not going to save us. This is not the Justice League. These are not the Avengers.

I think there’s two camps right now. One side is asking everyone to just kiss and make up over the last four years. The other side is saying forget about the other side, just do whatever it takes to win. Who’s right? Or is there some sort of third way we’re not seeing?

I do think there’s a third way. Think about African-American history. As soon as the Civil War was done, they just wanted me to sit down with the person that owned my family? Remember, the other side didn’t think they were wrong. They just lost the war. There was no capitulation because they still didn’t believe I’m a human. So there’s that truth.

The MAGA world needs its own reckoning with itself. If you want me to take you seriously and meet in the middle, then you need to deal with your Proud Boy problem. If you’re going to claim to be America’s party, you all got to deal with that.

I do believe as a Christian, justice comes before reconciliation. The Son was crushed before we were reconciled. Cross, then forgiveness and reconciliation. Justice. So miss me altogether with these “come together and let’s just be civil” things. God executed justice first. I’m definitely in that camp.