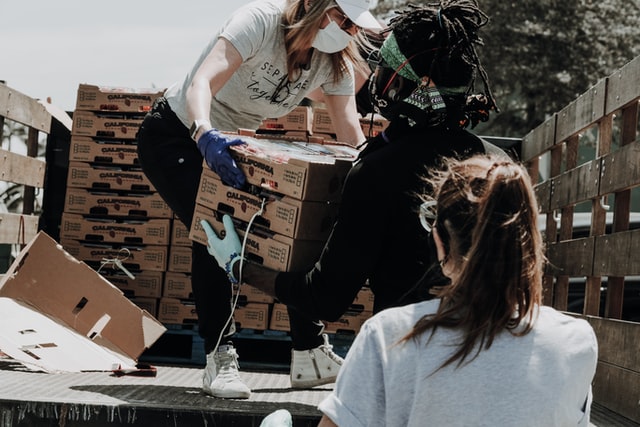 Growing up as a millennial, the mission-centric, overseas life has been idealized and venerated. We are encouraged to look “out there” and to give and serve, with everything we have whether it be through short- or long-term service trips.

Meanwhile, our friends post photos of their life-changing, life-saving, service-oriented Jesus-hugging trips. Naturally, this shifts our focus away from ourselves (or at least that’s what we think) and onto how we are going to change the world.

I once started a group for middle schoolers called “world-changers,” no joke. Only two kids showed up and one of them, Perseus, left my group because he didn’t want to change the world, he just wanted to change Chicago. For him, that was the world. Perseus convicted my heart. I was so focused on serving “out there” that I hadn’t even begun to understand the issues right here.

You see, Perseus was homeless, he slept in a car with his mom every night and had bad vision. But he couldn’t afford glasses, so he acted up in class. He smelled bad, swore a lot and didn’t listen much to authority. When Perseus stormed out of the room, asking why we were worried about stuff around the world while there are kids sleeping in the streets “right here” in Chicago; I didn’t have a good answer. I had these massive farsighted glasses on that made everything closer to home seem blurry. It wasn’t until I saw Perseus get upset and felt the uncomfortable reality settle in around me, that I truly felt it and finally understood.

Perseus wanted to be a world-changer but talking about global issues while he lived a daily injustice was upsetting to him. He understands the basic principles that many millennials forget in the altruistic endeavor to change the world; that if you want to change the world, start with where you are.

Truth be told, I wasn’t ready to do overseas work in my early 20s simply because my motives were wrong and my heart was confused. I wasn’t wrong in having a desire to fight global injustices, love my neighbor and make a difference. But when it overshadowed my relationship with Christ and identity as a daughter of God and active part of the local church, the world-changing desire became more about me and less about God’s ministry and timing. In all of the excitement, I forgot that the local church is part of the global Church.

Because of people like Perseus, I started working in an inner-city school in Chicago and began volunteering in various neighborhoods on the weekends. I joined my local church and got involved with a small group where we encouraged one another to live intentionally and met weekly to build on our relationship with Christ. God slowly taught me to rely on Him through daily prayers and a solid community of believers. While God did eventually bring me to serve “out there,” He was kind and gracious in tearing down my idols and teaching me how to be a world-changer anywhere.

I no longer consider a world-changer to be someone who lives or serves abroad as a missionary, but rather someone who lives out the gospel of Christ in their daily life. My participation in God’s global mission should remain active regardless of location, circumstance or vocation—not because of what I do but because of who I am in Christ. So you want to change the world from where you are? Let’s start with actively living in the present.

Somewhere along the line, we started believing the myth that location and job titles define how effective and important we are to God’s mission—and forgot along that God works through anyone and everyone who has faith and courage. In the present tense.

Your current circumstance, location or role is not a means to an end; to qualify you to someday make a difference and serve “out there.” Instead, it’s an invitation to make a difference “right here.” Whether it be working at a coffee shop, pushing datasets at a factory, studying in college or graduate school, or while working any other odd job. God uses us in the present tense.

It doesn’t mean you have to join a revolution, and it doesn’t mean you have to serve in the streets, or seek out homeless friends. After all, each one of us stewards varying gifts and abilities. Gifts and abilities that aren’t meant to lay dormant until our circumstance or location changes, they’re meant to be tested, tried and built upon. In fact, Jesus uses parables that stress the importance of good stewardship in everyday living: the man of many talents, the women and the oil, the man who found a field, and the list goes on.

So, let’s think like middle school kids once more. What would Perseus say is a way to change the world? How would he work to serve families living on the street? How would he raise awareness? What complex issues are a part of his paradigm? How has God uniquely gifted you to work in a community or with the local church?

But let’s not stop there, take time to learn and listen to issues of interest, to God’s leading on your life and in your community—take time to discern the voices of reason and those that lead astray and especially those which align with Christ. And take time to serve, faithfully, prayerfully and lovingly where you are. If you remain passionate about global issues and injustice, then engage those as well, just don’t forget to live in the present. And perhaps by God’s grace, in time, you’ll begin to see the unique ways that Christ has led you to make a small difference in this world, one day at a time.

Alison Kate lives in the middle east with her husband. She currently spends her mornings in Arabic class and afternoons working for a humanitarian organization. You can contact or follow Alison Kate on Instagram @kaboomba77

Yes, the Bible Is a Call to Social Justice

A Pro-Life Vision for Justice

How the Church Can Repent of Its Slaveholding Legacy