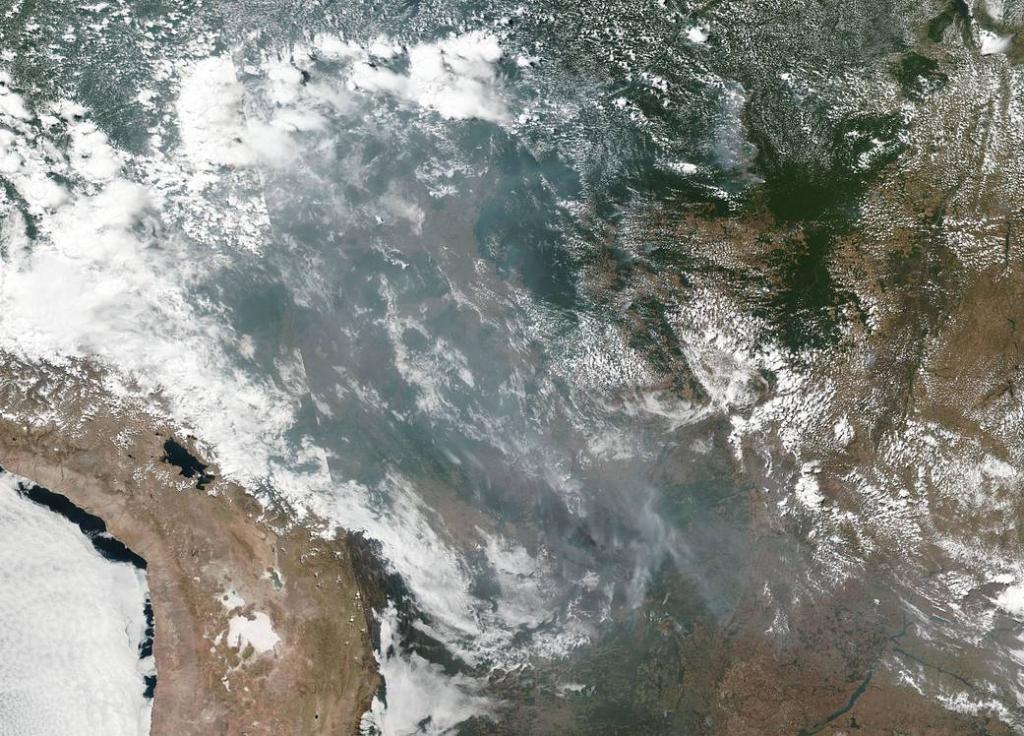 The Amazon rainforest, which scientists refer to as “the lungs of the planet,” is on fire. The Brazilian Amazon has experienced 74,155 fires this year, an 85 percent increase over last year and well above the 67,790 fires of 2016, during a severe drought, according to Brazil’s National Institute for Space Research. [h/t Washington Post]

Smoke from wildfires in the #AmazonRainforest spreads across several Brazilian states in this natural-color image taken by a @NASAEarth instrument on the Suomi NPP satellite. Although it is fire season in Brazil, the number of fires may be record-setting: https://t.co/NVQrffzntr pic.twitter.com/4JTcBz9C8f

The culprit, in this case, appears to be deforestation. “There is nothing abnormal about the climate this year or the rainfall in the Amazon region, which is just a little below average,” INPE researcher Alberto Setzer told Reuters. “The dry season creates the favorable conditions for the use and spread of fire, but starting a fire is the work of humans, either deliberately or by accident.”

The European Union’s Copernicus Climate Change Service warns that the fires will have huge ramifications for the entire planet, leading to spikes in carbon monoxide and carbon dioxide, aggravating global warming.

The fires have increased pressure on Brazilian President Jair Bolsonaro, who has greatly relaxed regulations around deforestation in the country. Early in August, researchers found that 1,330 square miles of rainforest had been lost since January, a 40 percent increase in deforestation over the previous year. Bolsonaro called those numbers “a lie” and fired the director of the scientific agency who calculated them.

The Amazon covers 2.12 million square miles and is responsible for taking in a full quarter of the 2.4 billion metric tons of carbon absorbed by all the trees in the world. But as the Amazon vanishes, its ability to pull in carbon goes along with it. That is already proving to be devastating to the vast array of creatures that live in the rainforest, many of them found nowhere else on Earth. And deforestation has also proved to be deadly to the indigenous tribes who have called the rainforests home for as long as anyone can remember.

Researchers say that deforestation is the number one threat facing the Amazon rainforest, although climate change is on pace to overtake it. “According to the results of our studies, even in the “best-case” scenario (optimistic), half of Amazonian tree species will be threatened in the future,” said Vitor Gomes, an environmental scientist at the Federal University of Pará in Brazil, according to The Post. “The trends we’ve seen today could be beyond our ‘worst-case’ scenario.”

Earth Just Had Its Hottest September on Record