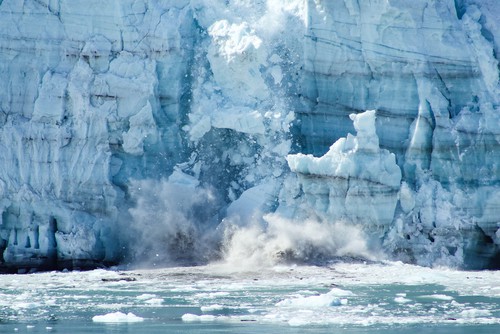 A major new climate change report from the United Nations’ scientific panel suggests that the chickens could be coming home to roost on climate change far sooner than feared. The human toll of the world’s inaction on climate change, long predicted to be a problem for future generations, may actually be our own. In fact, experts say, we could start seeing dire consequences as early as 2040.

The Intergovernmental Panel on Climate Change, a group of scientists hired by the UN to consult world leaders, says that food shortages, wildfires and mass “die-off” of the world’s coral reefs could begin in just over 20 years. This is according to a study carried out by 91 scientists from 40 countries, utilizing six thousand scientific studies. Via The New York Times:

The authors found that if greenhouse gas emissions continue at the current rate, the atmosphere will warm up by as much as 2.7 degrees Fahrenheit (1.5 degrees Celsius) above preindustrial levels by 2040, inundating coastlines and intensifying droughts and poverty. Previous work had focused on estimating the damage if average temperatures were to rise by a larger number, 3.6 degrees Fahrenheit (2 degrees Celsius), because that was the threshold scientists previously considered for the most severe effects of climate change. The new report, however, shows that many of those effects will come much sooner, at the 2.7-degree mark.

Bill Hare, a physicist and author of previous climate reports says this report “is quite a shock, and quite concerning.”

They value the economic price tag at $54 trillion — not a number that’s going to inspire many world leaders to get involved. The United States has the world’s largest economy, but has dragged its feet at any notion of reducing carbon emissions. President Trump has famously pledged to increase coal production and withdraw from the Paris Agreement, the 2015 global pact struck to fight global warming.

In addition to the death of the coral reefs and major food shortages, experts warned of rapid coastal flooding in the United States, Bangladesh, China, Egypt, India, Indonesia, Japan, the Philippines and Vietnam, which would cause “disproportionately rapid evacuation” of people from the tropics, according to Aromar Revi, director of the Indian Institute for Human Settlements and an author of the report: “In some parts of the world, national borders will become irrelevant. You can set up a wall to try to contain 10,000 and 20,000 and one million people, but not 10 million.”

The U.S. walked a fine line with the UN’s report, unwilling to dismiss academic science on a global stage but aware of Trump’s mockery of climate change. A State Department statement simple said that “acceptance of this report by the panel does not imply endorsement by the United States of the specific findings or underlying contents of the report.”

There’s an Ethical Way to Winterize Your Wardrobe

Earth Just Had Its Hottest September on Record