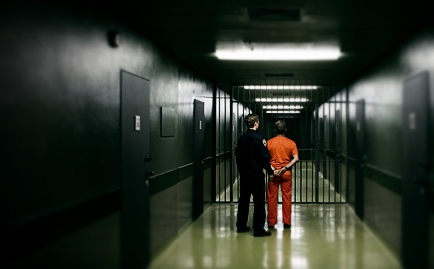 Roughly one in every 300 Americans is currently serving a prison
sentence. Of those who will one day be released, up to three-quarters
can be expected to return to prison within three years. Some estimates
place the number even higher. Often, these numbers are cited as
evidence of the ineffective nature of the penal system in
rehabilitating inmates to ensure that they avoid further criminal
activity. This is partly true, but we must also ask, what happens in
the three years between one prison sentence and another?

Meet Paul. Paul is every inmate, and he is none. Paul is a
conglomeration of the men I have met while interning in the Federal
Bureau of Prisons. (Bureau policy rightly prohibits me from sharing any
information about a real inmate.) If we are speaking in terms of
averages, Paul is incarcerated on drug charges. More likely than not,
he was poor, a minority and uneducated. Hopefully while in prison, he
will seek to prepare for a better life following his release. Many of
the men I met while a chaplain intern planned to leave prison to
contribute to society through community work or Christian ministry.
This was hardly a majority, but was substantial enough that we can have
hope that Paul might be so inclined.

Suppose Paul attended a Bible study in prison and gave his life to
Christ. Prompted by the Holy Spirit, Paul might desire to live a holy
life and to serve others and God. One day, his sentence will be
complete. Perhaps a halfway house will help him to find a job and a
home. If he is lucky, he will have a family waiting for him. However,
many men lose their families while in prison, or, even worse, have
families who will do nothing but cause them to stumble if they return
home.

It is a common thing to hear an inmate tell of a sexually or
physically abusive parent, a drug-addicted wife or a brother who was a
fellow gang member. Sadly, if an inmate’s family is not a strong
option, he will likely have few alternatives. Partly, this is because
prison sentences often result in friendships being severed, but more
often this is because a felony conviction substantially alienates a
former convict from society. Once you have a criminal record it is
difficult to find a job, to find a landlord comfortable renting to you
or even to participate in some state and federal aid programs. This
would particularly be true if Paul had committed a sexual offense and
became a registered sex offender.

What happens when an inmate is released from prison but has few
options and no support? The result is often homelessness. I was once
also a chaplain at a homeless shelter in North Carolina where I kept
records of the men I met. Twenty-five percent admitted they had spent
time in prison. If you factor in those who kept silent about the past,
chances are the number is much higher. Of course, we cannot view all of
these men as mere victims. In my experience, some of the men wind up in
a shelter because of their continued criminal activities and sinful
lifestyles, not because they are innocent victims. Despite this, there
are social martyrs among the homeless because they are suffering and
homeless as a result of their faith in God. I met plenty of men who
went to prison, repented of their past through faith and then gave up
crime to follow Christ. They followed Him out of the prison gate, away
from their gangs and criminal sources of income, through countless
rejected job and apartment applications, right into the homeless
shelter.

I will never forget the man who looked me in the eyes on the brink
of tears and told me he could leave the shelter that afternoon if he
began to sell drugs, but would likely remain there for months if he
persisted in faith and righteousness. His faith was growing weak, he
confessed, and the shelter was just another form of prison to him. This
was a man seeking to do the right thing, and yet never given a chance
by society. In the case of our hypothetical inmate, Paul, I worry his
release will all too likely lead to tears and poverty. Amid this social
alienation, it is easy to return to crime and then to prison.

This is the cycle I have seen many times: poverty leads to crime,
crime to incarceration, incarceration to further poverty and
homelessness, and then poverty and homelessness again leads to crime.
The vicious circle is complete. I do not advocate ignoring crime and
sin so that we paint inmates as only victims. Part of Christian
ministry is preaching repentance from sin through faith in Jesus
Christ. However, we cannot forget the Gospel, which teaches not only
that God forgives us but that God “reconciled us to Himself through
Christ and gave us the ministry of reconciliation” (2 Corinthians
5:18). Incarceration often leads to isolation in our communities.
Christ’s salvation reconciles us in love.

How, then, should a church that remembers the Gospel respond?
Often, churches take the important first step of leading Bible studies
in prisons and homeless shelters, calling men and women to repentance.
To this, many churches add mercy ministries that give the homeless
basic necessities for life.

These acts demonstrate forgiveness and love, which is important,
but without reconciliation it is not enough. Reconciliation calls us to
restore inmates to full participation in society. This can be done in
several ways. Perhaps your church should consider participating in
mentoring programs through state or federal prisons. You can contact
your local prison chaplain or groups like Prison Fellowship to begin
this process. If you find yourself a victim of crime, ask your attorney
about a restorative justice program to help reduce many of the pitfalls
of the incarceration to homelessness cycle. Though it will likely be
spiritually challenging, if you seek to reconcile with a criminal
before conviction you will reduce his likelihood of becoming a repeat
offender. More information about restorative justice can be found at RestorativeJustice.org.

Perhaps you will consider a more radical step: The next time your
business has a job opening or your church needs some work done,
consider calling a nearby homeless shelter. Ask for the man or woman no
one else will hire, and then offer that individual a job. More likely
than not, you will have touched the life of a former inmate. If nothing
else, please consider praying for those who seek to lose their life so
they may find it in Christ. Pray that though they have no home, they
may have strength to persevere. Above all, remember that Paul is a
hypothetical man, but those who leave prisons only to be trapped in
poverty and homelessness are real people. Their crimes were real, the
repentance Christ offers them is real and our Lord’s call to the Church
to help those in need is real.

This article originally appeared on our sister site, RejectApathy.org

Wasted Food Has More Energy Than Our Oil