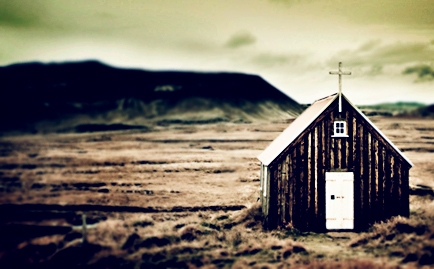 In May 2008, I posted a question on my blog that simply asked, “What’s one thing you feel you can’t say in the church?”

I didn’t anticipate the response it would receive.

At around 500 comments, you can imagine the variety of answers. This question obviously struck a chord with a lot of people. I read and reread and reread the comments for months. I printed some out and kept them on my nightstand, trying to understand the scope of why so many people felt they couldn’t say so many different things in church. Surely there had to be a common denominator.

Fear was obviously there. Shame. Rejection. But those feelings were more of the why people didn’t speak up more often.

I was looking for the what.

One night in December, seven months later, it hit me:

Whether it’s as a result of sin, or fear of the response we’ll get by speaking up about something like politics or relationships or mental health in a broken world, it all boiled down to brokenness.

And if this fracture in whatever part of our lives threatens our reputation, our character or our dignity, we hide.

If something in our spiritual life is broken or is confusing to us, we hide.

If a relationship is broken, we hide.

If there’s an unhealthy habit we fall back on, we hide.

If there’s a controversial political or social issue confronting us, we hide.

We ultimately want to hide what’s broken, whether it occurs individually or in a community. The Bible is filled with broken people, most of whom at some point or another tried to cover up their brokenness. Yet it seems like the people who are the most broken, the most helpless, are the people God often uses the most.

King David committed adultery and murder, yet he was considered a man after God’s heart. Rahab was a prostitute, but she understood her culture and helped protect Joshua’s spies. (She later gave birth to Boaz, making her the great-great-grandmother of King David, whose lineage continues on to Jesus.)

The disciples were considered spiritually worthless in their culture and had already been rejected by various rabbis (that’s why they were all working in their respective family trades when Jesus found them), and they were the 12 people Jesus most closely associated with.

Through church experiences and relationships in my own life as a child and as an adult working in a church, the pressure to be perfect and to have all the answers strongly influenced my decision to keep quiet about a lot of broken things. Some were decisions I was making that were sin. Others were the result of the sin of others, or simply questions about my faith and my God.

We’ve all seen how dangerous it can be to be vulnerable in the church. But now, we have the chance to do something about it.

The church is supposed to be a safe place for everybody, especially the people who are the most broken, right? The Bible says the Kingdom belongs to the poor in spirit—those so broken they have nothing to offer. Jesus came to heal the sick.

Although unofficial in title, the concept of the church being a refuge dates back to the time of Moses and Joshua. In the Hebrew culture, there are historical records of fugitives seeking protection at altars, which recognizes religion’s role in protecting human life even for the most terrible offenders.

The Christian church adopted the right of sanctuary in the fourth century. Because of Christendom’s strong belief in the sanctity of life, clergy and priests began acting on behalf of the criminals, defending them from unfair judgment and execution. It wasn’t an easy out for the criminal; they were often restricted in their daily activities, but at least their lives were safe in the church until they received the king’s pardon or a fair punishment.

Anyone was welcome to take safety in the church at this time—not only criminals, but slaves who escaped cruel masters and those who couldn’t repay debts. Village townsmen, women and children who came under attack from outlaws could take refuge in the church.

However, as time went by, people with power interfered with the system and began excluding specific groups or crimes. At first, those who had committed treason or murder were no longer allowed to find safety. Over the next few centuries, slowly, fewer and fewer crimes were given the right of sanctuary, until the end of the 18th century, when it was abolished altogether.

Outside of the legal system, hundreds of years ago, when a person confessed certain sins or doubted or renounced their faith, some Christians refused to welcome that person back into the church, even if the person had truly repented. These kinds of Christians felt like the church was better with these so-called sinners out of the picture.

I find it interesting that in our current culture, we identify the church as a safe place for broken people to find refuge. Church is a place for us to claim the right of a modern-day sanctuary where we can name our sins or ask our questions, and be protected and sheltered while we search for grace, forgiveness and answers.

Yet as history shows us, for hundreds of years, churches have been sacrificing the beauty of confession and brokenness for religious trappings and the malady of perfectionism. In some cases, if we don’t measure up to a manmade cocktail of moral codes and checklists—if we aren’t “good enough”—we no longer feel welcomed in a church or around other Christians.

We feel ashamed that we don’t measure up to the “holiness” of others.

And shame tells us to keep those ugly, messy parts hidden. Without our secrets showing, maybe then we can be accepted.

We think, and in many cases have experienced, that if we share our secrets or our questions, we’ll be rejected.

And so people—broken people like you and me—feel pressured to choose.

Either we can conform to an institutionalized and over-organized product of religion, masking and repressing our secrets or questions or shortcomings, or we can escape the walls of the church and find a place outside a faith-based environment where we are free to share all of who we truly are.

Most of us choose to live in one of these extremes: conforming or escaping. Few can find peace living in the tension of both. Those of us who do wonder if we’re too idealistic to believe a faith community can be a hospital for our wounds to be welcomed and healed. That true sanctuary can be found both within the walls of the church and outside the church as well.

At the risk of sounding overly idealistic, I’d like to say that for those of us who believe the church should be one of the safest and most grace-giving places a person can experience here on earth, it’s time to reclaim what our faith stands for.

It’s time for us to politely but passionately disagree with those who make church a “safe” place by removing all the messiness.

It’s time for us to put all we have out in the open—not for the sake of faux humility or self-depreciating exploitation or attention, but for recognizing the things the Cross stands for and left for us: ultimate love and undiscriminating grace.

Anne Jackson is an author and blogger. This article is an excerpt from Permission to Speak Freely (Thomas Nelson, 2010) by Anne Jackson. Used by permission. All rights reserved.

The Problem with Black-and-White