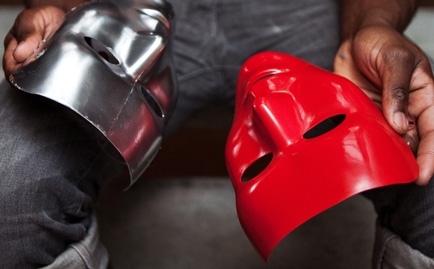 As a biblical studies professor at North Park University in Chicago, I teach a class called “Jesus of Nazareth.” At the end of each class, we recite the Lord’s Prayer together. I do this with my students for two basic reasons: because the Lord’s Prayer sums up the entire teaching ministry of Jesus, and because the word “sin” is found in it.

Two student conversations represent the responses I usually get. One student told me he had almost never heard of sin in any church service. A second student told me she was offended that I would import the word “sin” into the Lord’s Prayer because it was so negative and harmful.

Not only did I urge her to take a good long look at the Lord’s Prayer in Luke 11:1-4, I urged her to reconsider what she was saying. Saying that each of us sins isn’t harmful; it is true—it tells the true story of who we are and what the Gospel is designed to accomplish.

It’s as if we’re saying, “Yes, of course we sin” and then do nothing about it.

Widespread apathy toward sin reveals itself in the lack of interest in holiness. Your grandparents’ generation overdid it—going to movies, dancing and drinking alcohol became the tell-tale signs of unholiness. Damning those who did such things became the legalistic, judgmental context for church life. So your parents’ generation, inspired in part by the ’60s, jaunted its way into the freedom of the Christian life. Which meant, often enough, “I can do whatever I want because of God’s grace.”

That generation’s lack of zeal for holiness has produced a trend: acceptance of sin, ignorance of its impact and weakened relationships with God, people and the world.

Many were wounded in their relation to God by the legalism they experienced. It was all about “if you are good, God will be happy.” When they heard the good news of God’s unconditional grace, we were healed in deep ways. Pendulums are designed to swing, and the pendulum swing toward God’s grace and love meant a generation has been nurtured on a message that has embraced a gracious view of God, but has far too often ignored the zealous holiness of that same God’s love.

We are in a dangerous place today. We need to confront again the message of the Bible about sin.

One day after I spoke at a church, a college student approached me and began telling me about her roommate, and I’m guessing you know someone like both of these young women. First, she told me her roommate had slept with more than one guy that semester; that her roommate got drunk most Saturday nights; that her roommate was very active in a Bible study; and that she was also in a worship band.

I asked, “Does your roommate consider herself a Christian?” The young woman responded: “Of course she’s a Christian.”

I was perhaps more bothered by that last response than by the actions of the roommate. For this person talking to me, the issue wasn’t Christian-or-not, but why I would even ask such a question.

Her final words to me were, “God forgives, you know.” Her tone wasn’t a tone of gratitude for God’s grace but presumption of God’s grace. I was troubled as much by her attitude as I am by what I see as a trend among our culture: Sin is falling into grace and disappearing from our concerns.

There you have it: When we don’t see the gravity of sin, we won’t be reliant upon God for the grace of sanctification and transformation, and holiness won’t be our aim in life. So, let’s look at what sin is, where sin wants to take us and what sin does to us.

Sin is usurping the place of God

Every fall, I teach a course where we read the beginning of Genesis. Those early chapters in Genesis provide a bucket list of distractions, so I do my best to keep the discussions focused on what Genesis 3 is about: sin. Not only does Genesis 3 unmask the sin of the first couple, it unmasks the sin of every human in history.

Before we proceed, though, we need to define sin. For some, sin is defined legally: that is, it is the failure to conform to the will or law of God.

For others, it is defined more personally as an act of rebellion not just against the law of God but against God Himself. And then others combine the two and make it cosmic in scope.

Take, for instance, this line about sin from Cornelius Plantinga’s brilliant study, Not the Way It’s Supposed to Be: “Shalom is God’s design for creation and redemption; sin is blamable vandalism of these great realities and therefore an affront to their architect and builder.”

I want to extend Plantinga’s words to define sin as the ache and action to be God when we are not God.

Genesis 3 tells the story of two humans, freshly created by an awesome, cosmos-controlling God and then generously plopped gently into paradisal conditions, who are given but one task: to govern the world on God’s behalf. This is why the Bible tells us they are designed in the “image” of God. An “image” represents someone or something, and humans—Adam and Eve—represent God.

But governing the cosmos on God’s behalf was—and is—not enough for humanity.

Humans ache to rule the cosmos. They want to be God. The ache to be God and acting as if we are God are what sin is all about.

There is a well-known agnostic I’ll call Professor Brown. I know the professor a bit, but a friend of mine knows him very well, and told me Brown’s story one day. While in an evangelical seminary and pastoring in a local church, Brown began to listen to the serpent’s lie about sex, and before long had an affair, divorced his wife, wrote enough to get himself a good faculty position and then became well-known at that school for his mind and for his affairs. My friend told me: “[Professor Brown] knew what God said about fidelity, but he once admitted to me, ‘I chose to do what I wanted instead of what God wanted.’ ”

Sin, at its core, usurps God’s place in this world and puts us there instead.

Sin knows where it is headed

James, brother of Jesus, knew sin from the inside-out and explored how it works. What I like about James is that he knew where sin was going. James 1:13-15 reads: “For God cannot be tempted by evil, nor does he tempt anyone; but each person is tempted when they are dragged away by their own evil desire and enticed. Then, after desire has conceived, it gives birth to sin; and sin, when it is full-grown, gives birth to death” (NIV).

Sin is traced by James, as we see with Adam and Eve, to unchecked desire. The extra glass of wine that breaks down our capacity to sustain our morality or the moment when we say, “It might be wrong at this hour of night to be writing to my old girlfriend on Facebook … but she’s just a friend,” and then the friend becomes more than a friend, and an emotional memory becomes an emotional affair and more. Sin is like satire: If you feast all the time on the foibles of others, you eventually destroy them and yourself.

That desire knows where it is headed. Read those words from James again. Sin leads to death. Each and every time. World without end. From beginning to end. Sin has one goal, and that goal is death. Death. Physical death. Emotional death. Psychological death. Mental death. Desire death. Spiritual death. Final death. Death after death, and death beyond death.

I believe in God’s grace, and God’s grace can reverse the death march of sin. But do you know those who are on that death march? I do.

The story of Adam and Eve blows me away every time. Nothing probes the damages of sin as cleanly and quickly as Genesis 3.

Adam and Eve decided to act on the serpent’s lie and chose to think they could be God (instead of governors), and four things immediately distorted life for them: First, they became shameful of their bodies and who they were (so they covered themselves). Second, they became afraid of God and sought to hide from Him. They were assigned to represent God and now they were AWOL. Third, they turned on each other to blame one another for their choice. Fourth, they were escorted from Eden into a world that would not cooperate with them as Eden had.

Sin damages our self-identity, changes our relations with God from love and trust to fear and mistrust, damages our loving union with one another to become a war of wills against one another, and sin also has cosmic effects—we find the world to be red in tooth and claw.

Every sin damages. Not just the big ones.

The earliest Christians quickly developed a listing of the most damaging sins and they were called the “seven deadly sins.” Though the list varied, and one common list includes anger, greed, sloth, pride, envy, lust and gluttony—but it is the term “deadly” that we need to observe. These sins kill because they begin to destroy us from the inside out. But they are not alone; the deadlies kill only because they do what all sins do.

If the earliest Christians were concerned about the seven deadlies, they were even more concerned about holiness. And holiness has always been a focus for the Church, especially during the era of the Puritans.

It is time for us to reconsider this singular contribution of the Puritans to our culture. I grieved when my two children were introduced to the Puritans through the lens of one of their fiercest critics, Nathaniel Hawthorne in The Scarlet Letter. He posed Hester Prynne against Arthur Dimmesdale, the villain of Hawthorne’s venom against Puritan legalism and hypocrisy. Many American students learn of the Puritans in the form of such caricature, but the Puritans, whatever their fault, were obsessed with holiness and with purity and with sin and with living before God with a clear conscience. I would hope more would see John Bunyan’s Pilgrim’s Progress as what the Puritans were getting at. For Bunyan, “Christian’s” (the name of the main character) life is about shedding sin and growth in holiness. Bunyan got this vision from the Bible.

The Bible tells us not only that God is gracious and loving, but it reveals an unforgettable statement in Leviticus: “Be holy because I am holy.” Let us not forget we are summoned by God to make our pursuit in life a pursuit that is simultaneously after love and after holiness.

This article originally appeared in the July/August issue of RELEVANT. To get more great articles like this, you can subscribe by clicking here. Scot McKnight is the Karl A. Olsson Professor in Religious Studies at North Park University and author of One.Life: Jesus Calls, We Follow (Zondervan) and blogs at Jesus Creed.