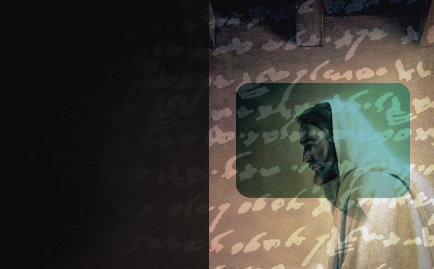 “I think the music box should be a Bible.”

My boss was talking about a short graphic novel I’d written. I won’t get into what the story was about, except to say that it ended with our heroine finding inspiration from a music box that, in my story, was supposed to represent salvation. My boss liked the overall idea, but told me to make the music box look like a Bible.

I tried to explain that the symbolism would be stronger without it, and readers weren’t idiots, surely they could figure it out; and, in any case, music boxes were pretty. But my boss, saying that he felt the music box was a little “new-agey,” demanded a Bible.

“Also,” he said, “she should have longer sleeves. Just in case we have any … you know.”

I didn’t know, really, but I complied. It was my first piece to be published in any capacity and it wasn’t very good, even without those edits. But it was just that experience that drove me to the parables of Jesus to examine His methods of storytelling, motivated by one question: How did a man who was such a marvelous storyteller found a religion fraught with such bad ones?

Jesus’ parables were a refreshing expansion from the small box of simplistic stories that I’d been working in. Combing over them unearthed a few ideas that changed a lot about the way I started telling stories—and changed even more about the way I lived.

The Parable of the Good Samaritan is one of Jesus’ best-loved stories. Even outside of Christiandom, this layered answer to the “who is my neighbor?” question resonates at something dear and deep in our guts. But, removed as we are from first-century Israel, its nuances are a little cloudy.

I’d spent most of my life thinking of Samaritans as, well, good. I knew something about them not being liked by the Jews, but I figured you could chalk that up to general misunderstandings. The actual bad guys were the Levites and the Pharisees—the two travelers who ignored the robbed man. Pharisees are bad and Samaritans are good—it’s as basic as the Empire and the Rebel Alliance.

If I’d lived in the first century, I would not have felt such charity for the Samaritans, nor would I be so biased against Pharisees. Then, Pharisees were undisputedly the good guys, kindly, disciplined and wise. If I’d been in Jesus’ audience, I would have taken it for granted that the Pharisee was the good guy.

And Samaritans, far from being churlish rogues, were genuinely dangerous. The bad blood between Jews and Samaritans had reached points of violence. Jesus actually encourages His disciples to stay away from Samaria in Matthew 10.

So, to recast the Good Samaritan story for our time, we might consider the Samaritan to be a terrorist or a drug runner. Perhaps the Pharisee would be your old youth pastor. And it is against this backdrop that the meaning of Jesus’ parable becomes clearer.

We are not good guys and bad guys. Not many of us. We are just neighbors. Neighbors with a whole mess of good and bad in each of us. And when we write off one of our neighbors as good or bad—a Samaritan or a Pharisee—we miss out not only on who God created them to be but also on who God created us to be.

Happily Ever After (Some Restrictions May Apply)

The ending to the story of the Prodigal Son is as well-known as the one about Washington and the Cherry Tree. The father waiting for his son with open arms. The fatted calf. Father and son with a bright future ahead of them.

That is a happy ending indeed. But it’s not actually the end.

That real end of the Prodigal Son story ends not at a party but just outside of it. Not with a cheer, but with frustration, reprimand and a curious lack of resolution. The prodigal’s older brother, fuming in the night, complains that his faithfulness to his father had never merited as much favor as this whelp’s betrayal. “‘My son,’ the father says at the tail end of this story, “you are always with me, and everything I have is yours. But we had to celebrate and be glad, because this brother of yours was dead and is alive again; he was lost and is found.”

That’s it. That’s the end. No group hug. No tearful brotherly reunion. The son doesn’t even admit that maybe his father has a point. It’s not even really an “ending.” It’s just there, and it’s had scholars scratching their heads ever since.

Whatever else Jesus was communicating to us in that little coda, one thing comes through loud and clear: endings are complicated. The stories of our own lives end in odd loop-de-loops, P.S.’s or letdowns. To pretend otherwise simply doesn’t ring true.

We understand this, but the temptation to force a happy ending is a strong one. There’s such nice symmetry to it. So much marketable sheen. The two millennia of puzzled reactions Jesus got from this ending is just the one we’re trying to avoid.

But then, it’s what elevates The Prodigal Son above greeting card sentimentality. This father is more than just a white-washer of wrongdoing. This family is more than a sitcom caricature. There were consequences to the Prodigal Son’s decisions, and the far-reaching effects of these resonate right into the hearts of anyone who has ever felt the simple sting of jealousy.

Buried in a dusty corner of Matthew is the curious Parable of the Workers in the Vineyard. It goes like this: A rich man goes into town very early in the morning to hire workers for his vineyard, setting them up with a flat day rate. He goes out again later in the morning and hires more workers for the same rate. He does the same later on in the afternoon, and then again, shortly before dinner—offering them all the same pay. When all the workers come to collect their pay at the end of the day, the workers who have been out since sunrise are angry at being paid the same as those who have only been working for an hour. And the landowner tells them to stop complaining. “I am not being unfair to you, friend. Didn’t you agree to work for a denarius? … Don’t I have the right to do what I want with my own money? Or are you envious because I am generous?”

“Therefore,” Jesus concludes, “the last will be first and the first will be last.”

And that’s all He says. It’s not the hook for a longer sermon. He doesn’t ask anyone if they get what He’s trying to say. He doesn’t even have the decency to finish His story with everyone praying to accept Him into their hearts. Jesus tells the story and calls it a day.

In our circles, that’s a terrifying notion.

An excess of explanation can be seen in almost any given Sunday morning. The sermon will start off with an engaging anecdote, skit or video clip, and you can see heads start nodding and backs start slouching the exact second the storyteller says, “And this is exactly what the Bible is talking about when it says …” They pull back the curtain on their plays to make sure everyone’s with them. This might come from a lack of trust in the audience. It might come from the speaker’s desire to show off how smart they are. Most likely, it just comes from the fear that the story isn’t good enough by itself.

But that begs the question, if the story isn’t enough without explanation, then will it really be enough with it? Perhaps even more to the point, if we put as much effort into our story as we did into the explanation behind it, would the explanation even be necessary? Jesus thought not. His stories exploded like grenades in the audience, and He left them to pick up the pieces. In the case of the landowner and the vineyard, His audience had no cheat-sheet to determine who the landowner represented, or whether or not anything clever was meant by having four separate groups of workers. They had to engage with the story and with each other—asking questions and learning. They had to work together to tie up the loose ends.

And what about us? Are we going to stuff our stories full of qualifiers and legends? Or will we trust that the Holy Spirit is alive and well, capable of opening the hearts of our audience to know how to handle the stories we want to tell?

It’s worth noting that there were several occasions (such as Mark 4) in which the disciples asked Jesus to explain His stories further, and Jesus happily complies. Of course, no one should ever be above entering into conversation with their audience—storytelling is a participatory sport—I am only saying that when the explanation is tacked right onto the story itself, it removes the need for engagement and conversation altogether.

Jesus’ parables were not full of saintly protagonists. They weren’t set up with neat endings. And they weren’t cheap tricks to grab attention. They were as real, complex and straightforward as Jesus Himself is with us. And whatever Jesus may have to teach us about better stories, it’s not half as important as what He has to tell us about being better people.

Tyler Huckabee is something else. He lives in the Midwest where he writes a television show called Footnote and directs plays for the Colonel Mustard Amateur Attic Theater Company. He tinkers around on his blog and has contributed to Stereo Subversion, Tandem and Videogum.