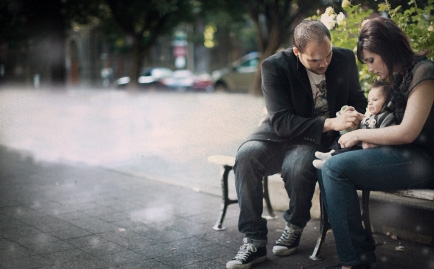 As Christian holidays go, Easter makes sense. Sure, the bunnies and eggs date back to a fertility goddess and pagan worship of life, but the celebration of Jesus risen from the dead is the date the fight was won, not the day the fighter was born.

Except for birthdays of people 90 and above, celebrating birthdays every year is a bit odd. Staying alive for another 365 days shouldn’t warrant the same type of celebration that we use for graduations and weddings. For most of us, there really is no accomplishment in staying alive. Maybe it’ll change when we’re really old and our friends are dropping every year. It’ll be more like a survival club … those who made it through the winter, or whose chemo treatment worked. The celebration would be for winning a fight, coming out on the other side still alive, still being able to eat omelettes, able to see our grandkids, great grandkids. We’ll earn the right to make jokes that are only okay to make if you’ve lost someone you’ve loved, only okay if you could remember when the CD first came out.

For most people significant enough for the general population to celebrate, we take time to acknowledge their life on the date whatever they did happened, not on their birthday…because them being born didn’t discover a new world or beat the other guy, it was the date of the discovery or the fight. I mean, Columbus Day is when Chris landed in America, not when he was born.

On December 28th, 2007 my wife had a miscarriage. I wasn’t sure how to process the loss—I didn’t know if it was just that things weren’t going together right inside of her, or because we were being punished for something we didn’t know about, or because she ate some bad fish. But a few months later, we were thrilled to find out that she was pregnant again. It felt like a 2nd chance, like someone had flipped a switch to make it right … like someone was paying attention now.

We were numb. I was pretty convinced that I was broken, that God or natural selection had seen through to my core and realized that I needed to be taught a lesson or two. My poor wife was just an innocent bystander in my mind … unlucky to be married me. We talked about adoption as a welcome alternative to going through another miscarriage ever again.

Fast forward one year. Exactly one year. July 10th, 2009. My wife gave birth to twins. Natural twins. Not that I bought, but that we made, together. And so now I get it, I understand how a birth can be redemptive. How a birth from two broken people can heal pain, can turn many teary eyes toward God. I can be arrogant, but I’m not arrogant in this. What we wanted so badly, what we needed to heal us, came in the form of two babies. Hear me … we didn’t need babies to heal us, we needed to know that our God was trustworthy. I wonder why God wrote the rules in a way that two people need to get together in order to pop out a baby. He could have just made it so people crawl out of ocean at 11 years old, self-sufficient, no relationship between parents and children. But He didn’t…

And so on Christmas, the day we’ve chosen to celebrate the birth of Jesus, I understand this year for the first time why a birth can be celebrated; why the farmers and prophets and businessmen back when Jesus was born were brought to their knees on his birthday. They were broken, run down and in real need of redemption that had been promised for thousands of years. And so Jesus’ birth was much more than the start of something … it was the end of a long line of waiting.

When Gabriel is talking to Mary about Jesus in Luke, he says "… and of His kingdom there will be no end.” The manger and lambs and no room in the inn is a nice touch, but pales in comparison to the redemption Jesus’ birth has to a world that isn’t … quite … together.

This Christmas, as we read in Luke the same story that we’ve heard over and over, our family will be humbled by God’s faithfulness, humbled by the generations that will be called redeemed because of a few births. Each of us can hope for wholeness because of birth. And that’s what we should remember on December 25th.

A thrill of hope,

Joe Cassara is a husband, father and thinker from Rochester, NY.

The Christmas Lessons of Bones