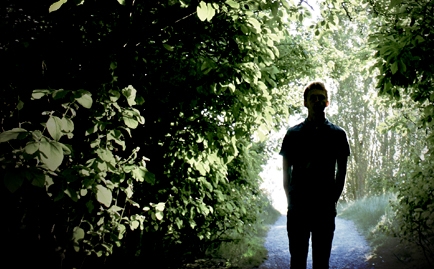 I’ve heard this little phrase in Christian circles that says “you can be the person God designed you to be.” The implications of the phrase are:

1. You are not the person God designed you to be, and

2. The speaker or writer has some sort of formula that is going to help you become who God intended for you to be.

Now to be sure, every time I’ve heard this the intentions have been terrific. It’s always the nicest (and for that matter, most God-fearing God-loving people) people who say these things. If the world were more populated with people like them than people like me the world would be a better place, for sure. God knows they mean well, and they mean well for God and for you.

That said, I take issue with the phrase. I don’t believe you and I are going to be the people God intended for us to be until we get to heaven, until we are reunited with the Trinity. Until then, we are the people God never wanted us to be, that is people who are separated from Him. We have access to Him through Christ, but we won’t be with Him, as it were, until the wedding feast of the lamb, so until then, we are incomplete and that’s the most obvious truth in the world, all you have to do is watch the news, or have a video camera follow you around for an hour.

If you want a good picture of what life would be like if we were the person God created us to be, you just have to look at the book of Genesis. Moses repeats one descriptive phrase over and over, that before the fall, people walked around naked and weren’t ashamed. He really doesn’t explain much else. He just keeps going on about how when people were with God, they could walk around naked. It actually makes you start wondering if Uncle Moses (or, as I like to call him, “Uncle Mosie”) was some sort of pervert.

But if you think about it, it’s quite a meaningful way of saying that, in the presence of God, we are hardly self-aware. That is, we can walk around completely naked and feel no shame. That’s very hard to believe, you know, because every time I’m naked I am acutely aware of the fact I am naked. Honestly, it never slips my mind. I never find myself at the grocery store, catching a chill in the frozen food section when I suddenly realize I’m in my birthday suit.

What Moses is saying is that we were designed to live in the presence of God, and in His presence, and His presence alone, self-awareness fades away, and we are made complete in an exchange of love we can’t possibly imagine. Moses, then, summed it up pretty well: They were naked and felt no shame.

It sounds like a slight thing to  contend with, but believing you can become some sort of actualized human being before the wedding feast of the Lamb has negative emotional consequences. If you actually believe that, you aren’t going to be happy because you’ll spend your life believing you are missing out on some kind of life that isn’t accessible till you are reunited with God. No formula is going to reverse the affects of the fall of humanity. You don’t have that kind of power, and neither does a formula. God will bring you to Him when He chooses, and at that point you will be the person He designed you to be, namely, you’ll be with Him, which is what He designed you for.

And there’s nothing depressing about that at all. Ever meet a girl who just got engaged? She’s happy. She’s not happy because she’s married, she’s happy because she knows she’s going to get married. She has hope.

What this means for me is that I can learn about God, I can pray to God, I can long for God, I can cry out to God, I can allow God’s principles to guide me in this vapor of a short life, I can enjoy my suffering as a point of reference for His eventual deliverance, but in terms of being an actualized human being, all I’ve got going for me is Christ. I’ve got nothing else. And Christ will reunite me with the Father, and at that point, I will be the person God designed me to be. I’ve got no hope in myself at all, and no hope in formulas. I’ve got all my hope in Christ.

So next time you’re reading a religious book and the author says you can be the person God designed you to be, flip to the back cover and look at the author picture. If said author is wearing clothes, put the book back on the shelf. It’s like my Uncle Mosie told us: Never trust a fella wearing clothes.

Donald Miller is a speaker and author of books such as Blue Like Jazz and A Million Miles in a Thousand Years. This article originally appeared on his blog.