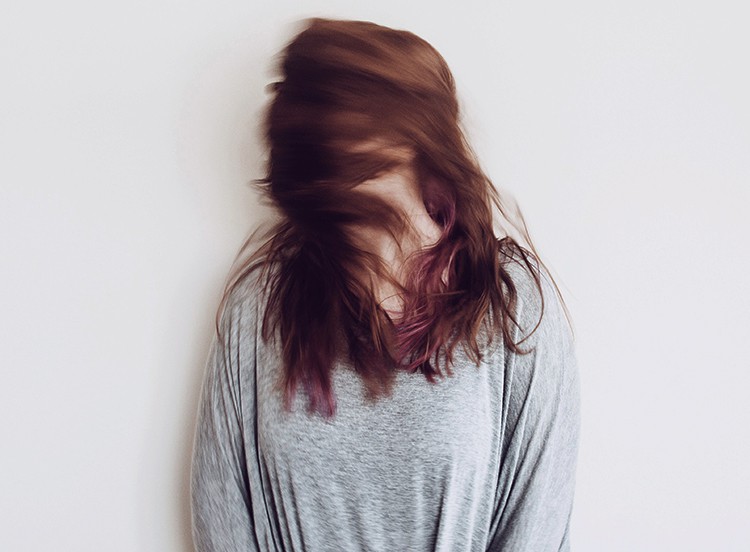 If the results of Microsoft’s infamous study are correct, you have a shorter attention span than a goldfish. That means I have eight seconds to grab your attention before you click away from reading this.

The study led Microsoft CEO, Satya Nadella, to conclude we live in a world where “the true scarce commodity is increasingly human attention.”

We’re more distracted than ever, constantly feeling overwhelmed by the torrent of information that floods our eyes and ears each day. Arcade Fire’s newest album, Everything Now, captures the spirit of our distracted age. In a surging song that sounds like several playing at once, frontman Win Butler holds up a mirror to the modern world with these words:

Butler is warring against the Instagram age, mocking our contentment with endless streaming, infinite music and never-ending social media feeds.

One of Eugene Peterson’s books on following Jesus is titled A Long Obedience in the Same Direction. His message is that discipleship to Jesus takes discipline and attention, and he’s right.

But how do we get people’s attention long enough to disciple them? Here are four ways to encourage people toward a long obedience in an Instagram age.

EDUCATE YOURSELF (AND YOUR DISCIPLES)

You probably feel like Tony Reinke about your phone:

My phone is a window into the worthless and the worthy, the artificial and the authentic. Some days I feel as if my phone is a digital vampire, sucking away my time and my life. Other days, I feel like a cybernetic centaur—part human, part digital—as my phone and I blend seamlessly into a complex tandem of rhythms and routines.

We can’t go on living as if constant connection to our devices isn’t changing anything. Paul tells us we are to “take every thought captive to obey Christ” (2 Corinthians 10:5). If our attention jumps every eight seconds, we don’t stand a chance against an enemy who would love to distract us to death.

Christians must become more educated about the good and bad of smartphones and other devices. We are a people of the Word, a people who lift up the Son of God as being the very Word of God. If anyone is to take their attention seriously, it should be disciples of Jesus.

There are some great resources about technology and faithful discipleship to Jesus. Andy Crouch’s The Tech-Wise Family and Tony Reinke’s 12 Ways Your Phone is Changing You are both excellent at giving an overview of the pros and cons of technology and how to live wisely with our devices.

Tristan Harris, the former design ethicist at Google, has some great articles and videos from a secular perspective that explain what’s really going on at big tech companies and how they design their apps and products.

Educate yourself on what’s going on, then educate those you disciple as well. It would be a major disservice to those you’re discipling to never address the device that’s likely sucking up two or more hours of their day.

There’s a reason almost every metaphor for spiritual growth in the Bible relates to gardening. Spiritual growth takes time, and much of it is out of our control. Just like with gardening, disciples of Jesus will experience seasons of growth, seasons of drought and times of harvest. There will be times to celebrate and times to grieve.

We have to remember that the men and women we’re discipling are living in an “everything now” age.

If this is the internal dialogue of many in the Church (and I think it is), then our constant reminders to have a quiet time or serve their neighbors can become really frustrating when they don’t see progress, especially when they’re used to Amazon bringing whatever they want to their door in two days.

We’re programmed to want immediate satisfaction, but that’s simply not how spiritual growth works. We want a microwaveable faith, but the one we’ve been given is a crockpot faith. Low and slow is the key to following Jesus—it’s how you get that unmistakable flavor of someone who has simmered in the flavors of Christ.

We have to constantly remind those we disciple that following Jesus is a lifelong pursuit. What they’re after is a life that’s more and more obedient to Jesus every day, even if they have trouble seeing the daily change. The good news is we’re not alone in our pursuit of holiness. This is what the Apostle Paul meant when he wrote, “And I am sure of this, that he who began a good work in you will bring it to completion at the day of Jesus Christ” (Philippians 1:6).

Even though we’re guaranteed to screw up along the way, God will see through the work He started when He saved us. Teach your disciples that spiritual growth doesn’t happen overnight, and remind them they’re not in it alone.

The temptation is to cater your approach in order to get people’s attention. In the Church, that means we start shortening services, asking less of volunteers or lowering the bar for membership. But to ask less is to miss the point.

Jesus was constantly surrounded by people claiming they wanted to follow Him. Every time people asked how they could become one of His disciples He responded not by lowering, but raising, the bar.

“I will follow you wherever you go!” someone proclaimed to the Messiah. “Think again; I don’t have anywhere to sleep tonight,” Jesus answered.

“I’ll follow you. Just let me bury my father first,” another said. Jesus replied, “Let the dead bury their own dead.”

Jesus responded to sincere requests by raising the bar so high it forced His would-be disciples to count the cost of making Him their Lord. And He calls us to do the same today.

We cannot respond to an eight-second attention span with 10-second devotionals. Not if we’re going to build the kingdom of God. The Master Himself spent three years of concentrated time with those He discipled. He walked, talked, taught and slept right alongside them. That’s far more discipleship than most of us fit in over cups of coffees in the same amount of time.

Asking more of our disciples means we set the bar high from the outset. In my own discipleship groups, I’ve been clear about the expectations on the front end. I tell them it won’t be easy, it will be more work than they’re used to, but it will also be a time of accelerated spiritual growth they won’t regret if they see it through. I let them know I’m asking the following of them over the next 12 to 18 months:

They’re given time to think through and pray over that list before the first meeting, so they have plenty of time to count the cost. That way, if they know they’re not going to commit to those things, it saves both of us time and allows me to focus my attention on someone who is ready.

If we’re going to get our disciples’ attention, we have to raise the bar to the same place Jesus did. In a superficial time of excess, the call to true discipleship will surely be off-putting to some. But for those who are willing to make Jesus their Lord, the call to more is a call they’ve been waiting for.

While the answer to discipling men and women with tiny attention spans lies in asking more of them, we still have to be realistic about what we can expect, especially early on. They’re trying to become disciples of Jesus, but they’ve been discipled by the culture for far longer.

When a guy commits to being a part of a discipleship group with me, I know he’ll struggle with reading the Bible daily and memorizing Scripture. His attention span is short, he’s easily distracted and might have trouble completing tasks on a routine basis. He’s used to looking at Facebook, Instagram or email first thing in the morning, not Matthew, Mark or Luke.

The same is probably true of those you’re trying to teach to follow Jesus. Know that growth may come slow. Expect to have the same conversation about turning off Netflix and opening the Bible over and over again. But beware of the temptation of frustration.

As disciple-makers in an Instagram age, we can end up being distracted by frustration over our disciples’ pace of growth, which causes us to miss explaining the most foundational thing in discipleship—Jesus.

When the weekly meeting comes up and the guys I’m discipling explain they didn’t get their reading done or didn’t memorize the verse, I can either get frustrated, or I can see the moment for what it is—a chance to give them grace and show them Jesus.

If you pay attention to the Spirit’s work, you can seize these kinds of opportunities and watch God make the most of it. These are the times when a man or woman looks up with guilt in their eyes and, instead of sighing and telling them to try harder, you get to say:

I’ll be glad to help you come up with some strategies for getting up on time and getting your reading done. But first we’re going to talk about guilt, which is not from God. God convicts; only the devil condemns. When we put our faith in Jesus, it is no longer our performance that counts, but his. His perfect righteousness covers up our imperfect sinfulness. You don’t need to wallow in that guilt. Look to Jesus, believe your sin has been paid for, and keep moving forward.

When they hear the gospel spoken into their life in a specific way, they’re driven to awe that Jesus laid down his life for theirs. The fledgling disciple’s heart is softened to the work of Christ and the work of gospel change begins.

Following Jesus means entering into a lifetime of continual transformation. It means settling in to a long obedience in the same direction. And to teach others how to do it means we have to learn how to get—and keep—their attention.

Grayson Pope (M.A., Christian Studies) is a husband and father of four, and the Managing Web Editor at  Gospel-Centered Discipleship. He serves as a writer and editor with Prison Fellowship. For more of Grayson’s writing check out his website, or follow him on Twitter.

George Foreman Wants to Fight Steven Seagal for Some Reason