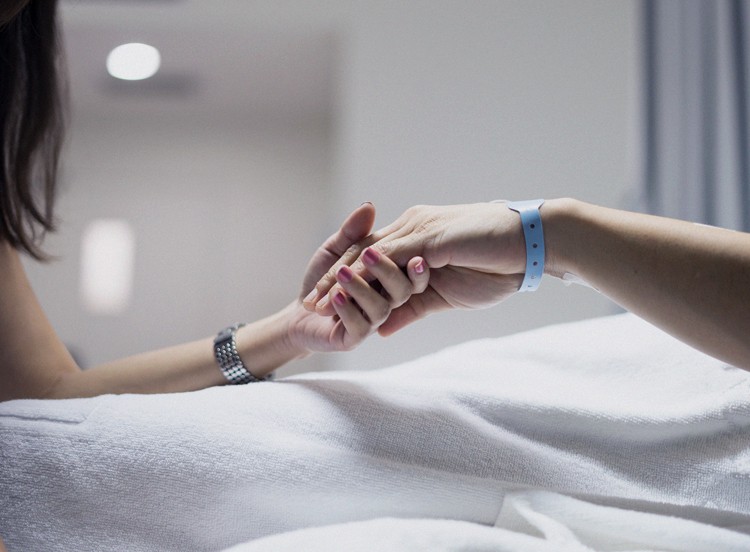 When I was struck with a bacterial infection in my heart, I had no warning. Neither did my wife, my kids, my church, my friends or my parents. It was hard to recognize at the time, but I see now that my affliction was also theirs. This is how affliction works—one person’s suffering becomes the suffering of those who love them, and we dare not deny them their own sorrow.

My illness came on like a virus, leaving me a little achy and feverish like other sicknesses that tended to pass in a week or so. My symptoms were mild enough at first that I kept going to work. The fever barely reached the triple digits. I had been on a diet, so I didn’t think anything unusual about the weight loss.

On a personal level, it was a stressful season so I didn’t give much thought to how restless my sleep had become. But I was like a frog in a pot with the heat ratcheting up so subtly that I got used to living with the fever which ran for close to three weeks.

I was relatively new to town, so I had not yet found a primary care physician. I had no need for one. It is not the healthy who need a doctor. When I finally got in to see one, he told me nobody should run a fever for as long as I had. When he listened to my heart he heard a murmur and put two and two together—I likely had a blood-borne bacterial infection, and his bet was that it had formed a colony in my heart.

A blood test revealed a raging strep infection coursing through my veins. A sonogram showed that the infection was in my heart and had destroyed my mitral valve. Less than twenty four hours after my blood test, doctors pieced together that my blood was poisoned and I was in in the early stages of heart failure. Soon after I found myself talking with a cardiac surgeon who had come to my room to explain that I would need to go under his knife. Few things have been the same since—both for me and for my family.

Early in this experience, my writer’s instincts kicked in. I took a lot of notes documenting my illness, which I put into a book chronicling my journey through affliction in real time. I wanted to write about what I was experiencing as it happened. One reason I wanted to do this was because of all the books I’d read on suffering and affliction, most were written either from an academic or theological perspective, but few from the vantage point of the afflicted. At the time I was more interested in the questions suffering raised than the lessons it taught. In general, I still am. But much of what I did learn through that season took time to become clear.

When affliction comes, it can seem like someone turned off the lights. We have to adjust to seeing in the dark, and that takes time. It is a confusing process where answers come slowly, and only raise more questions. This applies to the afflicted, and to those who love them.

I struggled to see in the early days of my affliction that what had happened to me also happened to the people who loved me. Of course their experience was different, but it was theirs. My sickness meant that my wife suddenly had to face the reality that her husband’s heart was failing. My children had to wonder why their dad was so weak and why they couldn’t crawl on him anymore. My congregation had to watch a thin man with an ashen complexion and sweaty forehead get winded during the sermon. My parents from three states away had to rely on short and incomplete updates to stay current on the health of their youngest son—and there was nothing they could do to help.

When I got sick, what happened to me also happened to those who loved me. For each one of them, my affliction was theirs too. And it remains theirs. Not in the same way as I experienced it, but I dare not judge them for that. We ought not begrudge anyone (ourselves included) the right to experience the pain, fear and sorrow that comes when someone they love suffers. We are made to carry each other’s burdens, which means to be burdened ourselves by the sufferings and sorrows of others. This is nothing short of an expression of love.

Russ Ramsey and his wife and four children make their home in Nashville, Tennessee. He is the Content Director for She Reads Truth and He Reads Truth and a pastor at Christ Presbyterian Church. Russ is also the author of Struck: One Christian’s Reflections on Encountering Death (IVP, 2017), Behold the Lamb of God: An Advent Narrative, and Behold the King of Glory: A Narrative of the Life, Death, and Resurrection of Jesus Christ. He is a graduate of Taylor University (1991) and Covenant Theological Seminary (MDiv, 2000; ThM, 2003). Follow Russ on Facebook, Twitter, and Instagram.