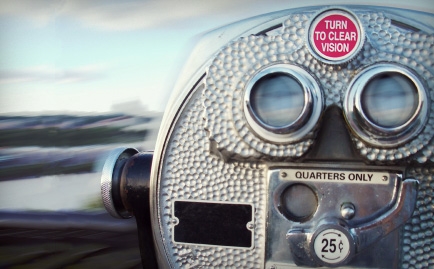 What does it mean to say something is "biblical"? We have grown so accustomed to using the word “biblical” prescriptively (to mean, “what God wants”) rather than descriptively (to mean, “that which is found in the Bible”). We have forgotten that behind every claim to a biblical lifestyle or ideology lies a complex set of assumptions regarding interpretation and application.

Somehow we’ve gotten stuck in the wrong conversation. When we turn the Bible into an adjective and stick it in front of another loaded word (like “womanhood,” “politics,” “economics” and “marriage”) more often than not, we end up more committed to what we want the Bible to say than what it actually says.

So how do we move the conversation forward? How do we ground the word "biblical" in reality?

I think we have to start by acknowledging the fact that we all experience a few involuntary reflexes when we read the Bible:

We have a shared tendency to project onto the text our cultural and personal assumptions or to distort the text until it fits into a presupposed ideal. (I am familiar with this tendency because I am guilty of it too!)

It reminds me of folks who argue that free market capitalism is “biblical” when such a system did not even exist at the time the Bible was written. I understand what they are trying to say is that this economic philosophy is compatible with “biblical principles,” but even our notion of what constitutes “biblical principles” is selective and profoundly affected by our culture, our tradition, our projections, our experience and our biases.

When it comes to biblical interpretation and application, Christians have developed a funny habit of accusing one another of “picking and choosing” when the reality is, we all pick and choose. We all employ a bit of selective literalism when applying the Bible to our lives.

Most of us are doing the best we can to pick and choose in a way that honors God and reveres the text, but this is an inexact science. There is no single “biblical” lifestyle, and we must regard any claims to such a thing as inherently selective.

We Lose Things in Translation

It drives me crazy when people talk about “the plain meaning of Scripture” when most of them are not reading the Bible in its original language or cultural context.

As John Walton says in The Lost World of Genesis One, "We like to think of the Bible possessively—my Bible, a rare heritage, a holy treasure, a spiritual heirloom. And well we should. The Bible is fresh and speaks to each of us as God’s revelation of himself in a confusing world. It is ours and at times feels quite personal. But we cannot afford to let this idea run away with us.

We must remember that every poem, every letter, every list of laws and every historical account of the Bible had an intended audience that shaped its content. We’ve got to humbly acknowledge our own limitations in applying an ancient text to modern times.

To suggest that a collection of ancient texts, written by multiple authors and in multiple genres, spanning thousands of years and countless cultural contexts, provides a single, uniform prescription for how to live is absolutely ridiculous. The Bible is much more interesting than that!

At the heart of a prescriptive use of the word “biblical” is a desire to simplify—to reduce the Bible’s cacophony of voices into a single tone, to turn a complicated and at times troubling holy text into a list of bullet points we can put in a manifesto.

Trying to summarize what the Bible says about something is not necessarily wrong, of course. Often it’s the quickest and most efficient way to communicate about something. We just have to be wary of ignoring the parts that don’t fit to the point that we forget them … or of relying so heavily on someone else’s summary that we never stop to read the Bible for ourselves!

Reality checks keep us humble and prevent us from making idols of our own interpretations. As I’ve said before, I am suspicious of those who say the Bible never troubles them. I can only assume this means they haven’t read it.

We Bring More to the Table

Honestly, when I look at the Bible, I see a lot more passages that seem to support slavery than seem to oppose it. Slave owners in the American South did a great job of using these verses to claim that slavery was indeed “biblical.” And yet somehow, as a church, we managed to work our way around these passages because of shared sense of right and wrong, some kind of community agreement.

My Catholic readers will love this, but I think Protestants sometimes live in denial about the fact that we don’t rely exclusively on Scripture to arrive at moral conclusions. Tradition, experience and reason all play a part in our understanding of God and our interpretation of his Word. Often, when we say that something is “biblical” (meaning “what God wants”), we will find that our conclusions reflect a blending of biblical content, conscience, cultural assumptions and theological commitments. And that’s OK—as long as we admit it.

So, do I think we should get rid of the word “biblical” altogether? Probably not. But I think it’s time to change the conversation.

None of us are living 100 percent biblically. We all project. We all select. We all have a habit of reducing the Bible and ignoring its cultural context. And we all have some baggage—some of it good, some of it bad—to bring to the table. So let’s stop throwing the word “biblical” around like we’ve got it all figured out, and admit for a moment that we don’t.

… Because, I don’t know about you, but I’m ready for a better conversation.

Rachel Held Evans is the author of Evolving in Monkey Town: How a Girl Who Knew All the Answers Learned to Ask the Questions. She also blogs regularly. This article originally appeared on her blog and is used by permission.

The Heavy Yoke of Beauty