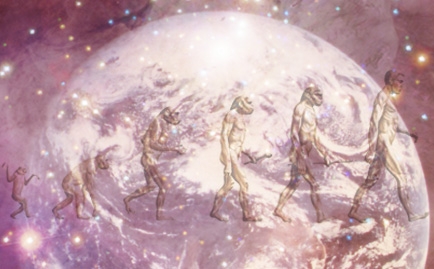 Most people, Christians or atheists, are not content to hold competing and contradicting beliefs in separate compartments. We don’t want to have one set of beliefs when we study the natural world, another set when we decide how to vote, a third set when we decide how to spend our money and a fourth set for church. We want all the parts of our lives to flow from a unified, consistent set of beliefs.

When Christians discuss creation, evolution and design, it is easy to focus immediately on areas of controversy and disagreement. We think it is important to start by pointing out certain areas in which nearly all Christians agree. Christians generally agree about the fundamentals of God, God’s Word and God’s world in the five areas described below:

This truth is confirmed in the first line of the Apostles’ Creed, one of the ecumenical creeds of the Church that many Christians recite every week: “I believe in God, the Father almighty, creator of heaven and earth.” Christians believe that God created all things from nothing, bringing them into being through His Word, His Son (John 1:1-3). God continually sustains the whole universe, governing all creatures according to His providential care.

The God who created this world also reveals Himself to humanity.

God has revealed Himself at various times and in multiple ways throughout history, including the written Scriptures and the Incarnation. As it says in the first verses of the book of Hebrews:

"In the past God spoke to our ancestors through the prophets at many times and in various ways, but in these last days He has spoken to us by His Son, whom He appointed heir of all things, and through whom also He made the universe. The Son is the radiance of God’s glory and the exact representation of His being, sustaining all things by His powerful word. After He had provided purification for sins, He sat down at the right hand of the Majesty in heaven" (Hebrews 1:1-3 NIV).

The God who created this world is also our Redeemer.

We belong to God because He created us, but when humanity turned from God He bought us back. He redeemed us through the incarnation, life, suffering, death and resurrection of Jesus Christ.

The Bible is authoritative and sufficient for salvation.

God inspired its human authors and ensured that the Bible truthfully teaches what He intends. The Holy Spirit testifies in our hearts that the Bible’s message is from God, not merely human writing. Christians accept the sufficiency of the Bible for establishing our core beliefs and practices; all that we need to know for salvation is taught there. God certainly can use various means—including the natural world—to teach us new things. But these new things should be compatible with, not contradictory to, what God teaches in Scripture.

God is sovereign over all realms of human endeavor and has given human beings special abilities and responsibilities.

"God’s creation extends beyond the biophysical sphere to include the vast array of cultural possibilities that God folded into human nature. … God’s good creation includes not only earth and its creatures, but also an array of cultural gifts, such as marriage, family, art, language, commerce and (even in an ideal world) government. The fall into sin has corrupted these gifts but hasn’t unlicensed them. The same goes for the cultural initiatives we discover in Genesis 4, that is, urban development, tent-making, musicianship and metal-working. All of these unfold the built-in potential of God’s creation. All reflect the ingenuity of God’s human creatures—itself a superb example of likeness to God."
—Cornelius Plantinga, Engaging God’s World, 2002.

Applying this idea to the natural sciences, we conclude that God has graciously given humans the ability and responsibility to study the natural world systematically. As with all human endeavors, we do it imperfectly. We must seek to do it as God’s imagebearers, in gratitude for God’s gifts.

1. As we study God’s Word, what is the best way to understand passages that talk about God’s acts of creation?

2. As we study God’s world, what can we reliably conclude that it tells us about its history?

Some Christians describe themselves as young-earth creationists. They believe that the best interpretation of the book of Genesis is that the earth is only a few thousand years old and was shaped by a global flood. Young-earth creationists hold a range of views about how to interpret Scripture, the extent to which scientific data indicates a young universe and the extent to which it indicates at least an appearance of long history.

Other Christians describe themselves as old-earth creationists. Some believe that in the best interpretation of Genesis 1, the events on each day actually describe several long epochs of scientific history.

Some old-earth creationists describe themselves as evolutionary creationists. They believe that the best understanding of the scientific data—in conjunction with the best interpretation of Scripture—implies that God governed and used evolutionary processes in the unfolding of creation.

Other old-earth creationists describe themselves as progressive creationists. They believe that science and Scripture both indicate that God used not only natural processes but also some miracles along the way, particularly in the history of life. Arguments for Intelligent Design are usually, though not always, used to support versions of progressive creation.

Because of these disagreements among Christians, a number of churches, denominations and organizations have affirmed that Christians can and do hold a variety of views on origins—each motivated by a sincere desire to be faithful to God and to Scripture—and that a range of views falls within the bounds of Christian belief.

Rather than placing theology over science or science over theology, remember that God is sovereign over both. The Holy Spirit can guide us to new wisdom and understanding of both. If God uses Scripture to teach something about the natural world, then Christians must listen. If God uses our experiences, including facts learned from science, to improve our understanding of Scripture, then Christians must listen. Science should not cause us to throw out part of the Bible or to interpret it in a way that conflicts with the rest of Scripture. On the other hand, if a passage can be interpreted in several ways, all of which are consistent with the rest of the Bible, then God might use science to help us reach a better understanding of that passage. God created the world, and God inspired Scripture. Our goal should be to listen to what God is telling us from both sources.

Reprinted with permission from Origins (c) Faith Alive Christian Resources, November 2011. To order a copy of this resource please call 1-800-333-8300 or visit our website www.faithaliveresources.org.

What about you—what do you believe about creation? How have both faith and science contributed to this conclusion?

When “Liking” Is a Crime