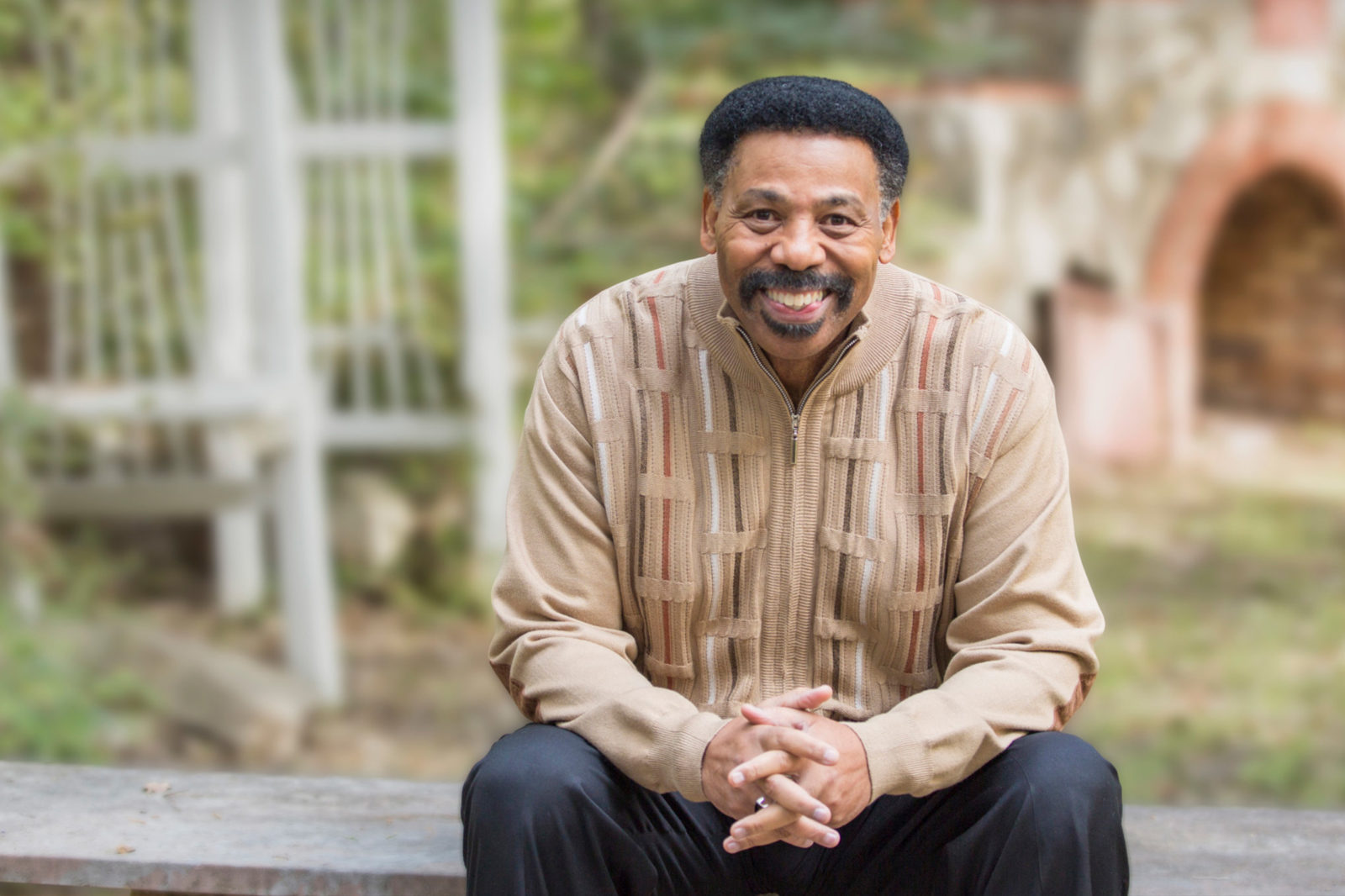 A New Conan the Barbarian Series Is Headed to Netflix

One of the hungriest people in Scripture was the apostle Paul. From a prison cell, where he no doubt suffered deprivation and pain, he penned some of the most profound insights in all recorded history. His letter was written to the church at Philippi, but the principles within the book apply to us today just as much as they did back then.

In chapter 3 of this letter, Paul wrote,

Whatever things were gain to me, those things I have counted as loss for the sake of Christ. More than that, I count all things to be loss in view of the surpassing value of knowing Christ Jesus my Lord, for whom I have suffered the loss of all things, and count them but rubbish so that I may gain Christ (verses 7-8).

You can tell a lot about a person when they are at their lowest point. Whether it’s a health crisis, financial disaster or relational issues, what matters most usually rises to the surface when life boils over. Here was Paul struggling in a scenario that gave him no creature comforts, no relational intimacy, no financial stability and no personal security. Yet, in the midst of his most dire situation, he wrote about things like value and gain—not tied to an IRA or platform, but tied to knowing Jesus Christ.

Paul was hungry for more than just food. In fact, he was so hungry to know Christ that he said nothing else mattered to him anymore except for that. Although his circumstances were negative, they did not control his well-being. Paul had an inner contentment in knowing that the greatest pursuit in life—that of knowing God (through His Son, Jesus Christ)—was his highest aim.

Hebrews 1:3 tells us that Jesus Christ manifested the invisible as the visible: “He is the radiance of His glory and the exact representation of His nature, and upholds all things by the word of His power.” We also see this in John 1:18, which says, “No one has seen God at any time; the only begotten God who is in the bosom of the Father, He has explained Him.” To put it in everyday language, Jesus is God’s selfie. God became a man so that as you relate to Jesus, you come to know God. Jesus is our pathway to the Father.

The story is told of a soldier sitting outside the White House one day, crying uncontrollably. A little boy saw him weeping and asked, “Sir, what’s wrong?”

The soldier replied, “I was hoping I could see President Lincoln. We’ve got this devastating situation, and only the president can intervene and save the lives of my men. But they won’t let me in.”

The little boy took the soldier’s hand and said, “Come with me.”

They then proceeded to walk past the sentry at the gate and straight into the White House, past the guards. They then walked right into the president’s office, and the little boy said, “Dad, this soldier needs to talk with you.”

Sometimes it may feel like you can’t get to God. You can’t see Him, feel Him, touch Him. It seems as if He is this cosmic being far off in never-never land. But it is through the life of Jesus Christ, who came to earth as a human and who understands your weaknesses and struggles (Hebrews 4:15-16), that you have full access to the Father. Jesus offers His hand and says, “Come with me, you who are weary and burdened. I know exactly where to lead you” (see Matthew 11:28).

No doubt Paul was weary. No doubt he was burdened. But he had learned what most of us do not yet know — that there is greater value in knowing God than in anything that produces momentary pleasure. It wasn’t because Paul had never known greatness, accomplishment or achievement that he chose contentment so readily. Paul had been very successful in his culture, both in his pedigree and in power. In Philippians 3:4-6, he listed the things about which (from a human standpoint) he could boast. Paul had known luxury, power and prestige. Yet here he sat, dirty and hungry in a prison, saying none of that was worth even as much as rubbish when compared to the surpassing greatness of knowing Jesus Christ (verses 7-8).

Let me give you another word for what has been translated in verse 8 as rubbish—and that is manure. When was the last time you saw somebody studying manure, bragging on manure or cherishing manure? If you saw someone doing those things, you would say that something was wrong with them. I would say the same thing, because that’s waste.

Yet what Paul was saying is that you cannot gain Christ and cherish rubbish at the same time. Essentially, you can’t cherish human achievement and gain the knowledge of Christ. You can’t make a big deal out of the things that people make a big deal out of while simultaneously thinking that God is making a big deal out of it too. Because He’s not. Cherishing worldly success and knowing Christ are mutually exclusive activities.

Paul didn’t say, “In addition to everything I have gained in life, including all the accomplishments, likes, followers and sales I amassed, I’m also glad I know Christ.” No, he said that he counted all of those things as a loss compared to the value of gaining an intimate knowledge of Jesus.

Yes, you may be great at your job or have an awesome personality or enormous bank account. But none of that will give you clout in heaven. None of that will give God a reason to applaud you. Don’t misunderstand the underlying principle I’m seeking to emphasize. I’m not saying there is something wrong with achievement. Paul didn’t say that either. What he did say is that when it comes to knowing God, those things are not the criteria God uses. What makes you big among men may actually make you small to God. Focusing on human notoriety, resources or success is not akin to focusing on God.

What Paul wanted us to realize is that there is a treasure far more valuable than any offered by humanity. That’s why his next statement reads, “May be found in Him, not having a righteousness of my own derived from the Law, but that which is through faith in Christ, the righteousness which comes from God on the basis of faith” (Philippians 3:9).

Paul made it clear that the standard by which he wanted to be measured was not one based on his own deeds or righteousness. Rather, he wanted to be measured solely on the righteousness imputed to him by virtue of faith in Jesus Christ. He desired this because he knew that self-righteousness was worth little more than “filthy rags” (Isaiah 64:6 KJV). He knew that the only perfect righteousness in existence is that which is deposited into every believer upon salvation. This righteousness, implanted within us in seed form as the Holy Spirit, produces Christ’s righteousness as we grow in our sanctification through Him (1 Peter 1:23). As the Spirit of Christ develops a believer from within, that believer manifests the righteousness of Christ in word and action. It is the growth of the Spirit’s rule over our own fleshly will and desires that produces the transformation. It is the growth of the Spirit’s influence that enables us to shift our perspective on what is truly valuable.

Dr. Tony Evans is Senior Pastor of Oak Cliff Bible Fellowship in Dallas and President of The Urban Alternative, a ministry dedicated to restoring hope in our churches and society. He is the author of over 50 books. Visit TonyEvans.org for more information.

Carlos Whittaker: You Have to Want an Abundant Life Before You Can Live It