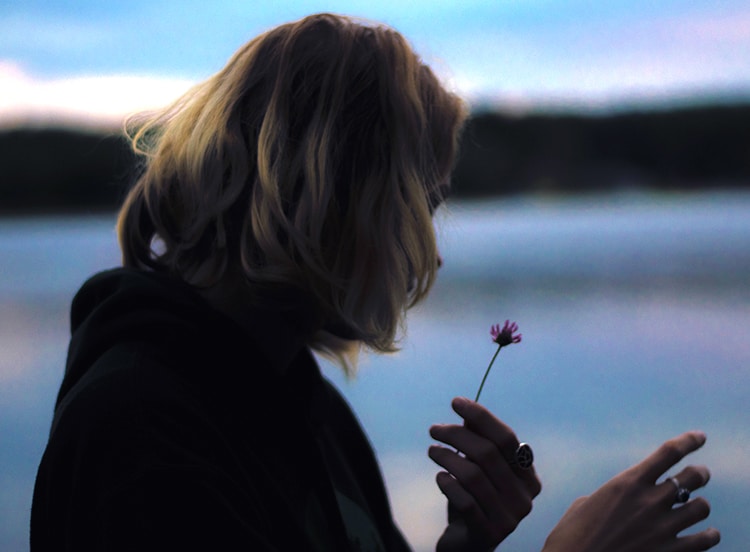 Jennie Allen knows what it’s like to be busy.

Not only is she a popular author and speaker, she’s also the founder of IF:Gathering, a conference with a mission to “equip and unleash the next generation of women to live out their purpose.”

But being constantly busy and trying to meet other people’s expectations can take a toll. We recently spoke with Jennie about the experiences behind her new book Nothing to Prove: Why We Can Stop Trying So Hard and the spiritual benefits of slowing down.

Tell me a little bit about why you decided to write this book?

Actually, it’s probably a lifelong journey, this one in particular. I actually started off writing a different book and wrote most of that book and toward the end of it I called a friend who is a great writing coach and he set me down and said, “OK, I think you’re writing the wrong book, I think you’ve found that there’s a symptom here and you’re not dealing with the problem.”

I realized I was fighting a demon I’ve had most of my life of trying to measure up and feeling lots of stress from that and anxiety from that. I think a lot of people wrestle with this and sometimes we don’t even notice that it’s happening.

So for me it took leading on a massive scale to realize this is getting to me. I can’t carry this kind of pressure and live trying to please people and measure up and make it. I just had to find a different way to do it.

Why do you think this is something that’s so prevalent in our culture right now?

We’re just running everyday. I think we notice it most when we’re still, but the problem is even when we’re still, we have a phone pinging us or even just distracting us and causing us to check out rather than self-diagnose or self analyze what’s happening.

And so that’s why numbing had become such a danger to me is because I never was really giving myself real space, even when I was alone with God or just alone, I was performing and executing things that I needed to get done. So because my job is largely talking about God and teaching and writing, whenever I was alone with God I was getting the next thing ready that I was going to deliver rather than actually just enjoy his presence.

So I think what’s happened is everything has become a performance or something to achieve rather than something to enjoy. [There’s just] an ease and an enjoyment to life that, in America, we’ve lost. I feel like as Americans and as young people today that we’re all trying to prove ourselves and we’re exhausted and we’re actually not enjoying the best parts of life.

I noticed it most when I was over in Europe this past Christmas with my family and we went to several different countries and we noticed themes in each one of these countries.

First of all, they had all been superpowers before. At different times in their history, Italy and certainly Great Britain and France had been superpowers. And what you found was this relaxed environment where they actually built lives that they enjoyed rather than lives where they achieved.

In Italy, it’s the way that they would eat and enjoy a three-hour meal with multiple courses with all of their family present or in England, they practice tea time. There are times in the day that they slow down in the middle of the day, when it’s supposed to be the busiest, most productive part of the day, everybody stops and checks out. And they actually serve this in multiple restaurants, and it’s almost an extra meal, a time for them to just slow down.

So you just notice an ease to their life and an enjoyment of their life that in America we’ve lost.

And somebody pointed this out that these countries are like older people who realized they’ve already achieved and accomplished everything and they don’t have to keep performing and achieving. And I feel that way.

When you started incorporating this new mindset and some of these practices into your own life, what changes did you notice?

It truly has changed everything.

One of the most significant moments in this journey, I was at a retreat and I poured out my guts to a counselor. I told him everything. I said, “This is why I’m not happy, I don’t know how to fix it, I don’t know what’s wrong, I don’t know what I don’t understand, but I know this. It feels like the ministry and the calling God’s given me is like a Barbie dream castle as far as my mind goes. I think, Oh, It has everything that I love. It has people and community that I love. It has deep purpose. We’re actually seeing lives change. It’s using my gifts. Why do I feel like every morning when I wake up that I want to kick it in?”

That was my overwhelming feeling. And he said, “Jennie, why don’t you just kick it in?” I said, “Are you kidding me? We’re changing the world, I can’t kick it in.” But immediately my shoulders relaxed, I took a deep breath and asked how I can do this. He said, “Because if it’s from God you can’t kick it in, you cannot kill it and if it’s not from God then you just did Him a favor.”

It was a turning point for me because I had felt all this pressure to do it right, to take care of all of the details, to not make the wrong decisions, to keep a pure heart, to not mess this up this thing that God was doing. To think that, Hey this does not depend on you nearly as much as you think it does was actually so freeing and I really believe at that point I started to live completely different.

So I’ll give you an example: This was just a few weeks ago my team sits me down at IF Gathering—my board and my CFO said, “Hey Jennie, we’ve got a deficit of 200,000 dollars that if you don’t figure it out within a few months we’ve got to close the doors.”

And people are crying, they’ve prepped themselves for this very difficult meeting with me and I literally started laughing out loud. And I was like OK. I didn’t know how to solve it, there was no divine revelation, but I began to pray, “God you know how you’re going to solve this, I’m here and I’m willing to do what you need me to do.”

But I didn’t feel this pressure like I have to fix this problem or we will go under, instead I had these open hands almost with laughter going how are you going to do this. Because I have watched Him part the Red Sea again and again and again. And I don’t want to live in fear, I want to live in faith. I want to be someone who doesn’t just preach about having faith. I want to be someone that lives having faith. So why would I not believe that He’s going to take care of it?

And I’m not kidding you it took a few months of praying and it definitely turned to tears at times, but in one day in my office we found $200,000 hiding in places—it was truly money from the sky. It felt like the biggest provision in the entire universe. And I know it doesn’t always work out that way. There are times that the diagnosis does not get changed, that the needs are not met in abundance in that moment.

He causes what we need to happen in the moment. Now we wish it would happen earlier, we wish He would explain it, we wish He wouldn’t take us through two to three months of fretting and running around and trying to find that money. But He will take care of our needs and I think it’s shifted my understanding that He is a God of abundance.

He is a God that works in ways we can’t understand and we just have got to turn to Him more and trust Him and be willing to receive what He has for us rather than try to control it.

Iraqi Christians Are Being Arrested by Immigration Officials in Detroit, Sparking Protests