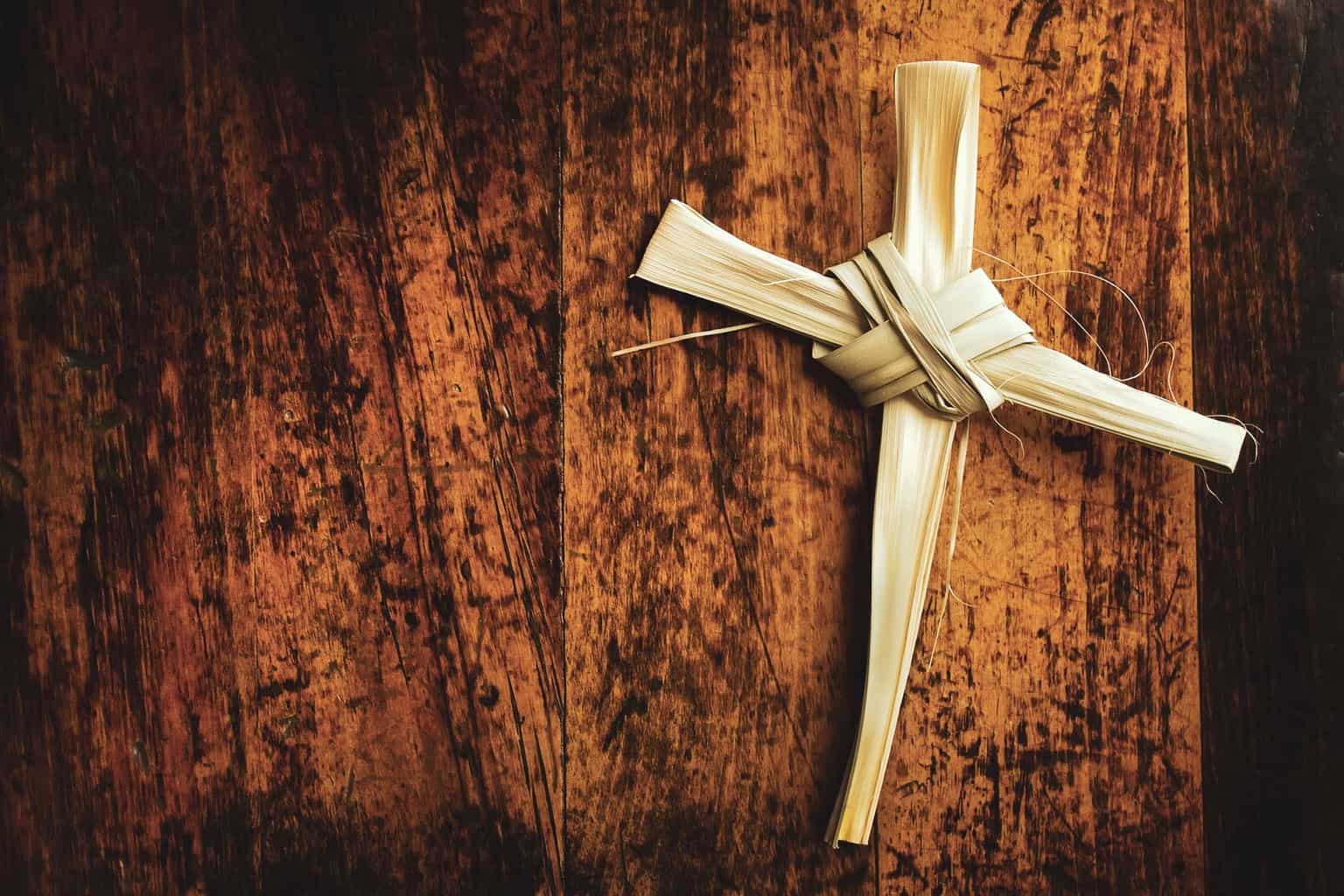 Ariana Grande Brought Out *NSYNC at Coachella, Delighting the Young and the Young at Heart

When we wonder why God allows our temporary thorns in the flesh, we can remind ourselves that He also allowed His own, much worse, thorn in the flesh.

Why did God allow His own thorn in the flesh?

He allowed it so that He can relate to you in your pain (see Hebrews 4:15).

He also allowed it because it was through His carrying of that thorn that He made a way for us to be delivered, once and for all, from our own thorns. Through His weakness, we’re made strong.

At the cross, Jesus’ pain and suffering cut an opening into the fabric of the universe, an opening through which all God’s healing, forgiveness and power invaded the darkness of humanity.

In addition to the smaller “thorns” that pierced the skin of Jesus’ forehead and scalp, He also had three large stakes driven through His flesh. Stakes impaling Jesus’ flesh held the squirming heaviness of His body until His punctured lungs drowned in His own blood. Jesus simultaneously suffocated and bled to death.

He has felt your pain, and feels your pain with you, today.

When we worship Jesus for eternity, we will not worship a soft-handed prince, a trust-fund baby who never saw combat. We will worship a spiritually muscular Being who willingly lowered Himself, ventured into our hell, fought our demons, carried our death, ate our pains, drank our suffering. And if anyone ever doubts His claim to the throne of the universe, they will only need to look to His hands. Because, while eternity will lack thorns, we will always have vivid evidence of their past existence—in the gaping cavities of the King’s hands and feet.

In Jesus, we find the one true God of the universe, entirely powerful and in the process of delivering us from our pain, but also entirely human and hurting together with us, longing with us for the redemption, repurposing and healing of our pain.

It is one thing to know that Almighty God is with you on your journey through this fallen world. It is something else to also know that He Himself has walked through the jagged rubble of this planet, as a human. The same rocks that injure us have cut His skin. These same thorns have drawn His blood. He knows the discouragement of the darkness all around you. He knows the full range of emotions you experience: highs, lows, flat-lines, frustrations. He knows the limitations of a human body, the pains of human flesh.

Christ relates not only to our severe, life-defining pain, but also to our daily struggles and temptations. His carpenter hands know the stab of a splinter under the fingernail. He knows the warmth of a salty tear on His cheek. He probably even knows what it’s like to bite His tongue while eating. He knows what it feels like to have to go to the bathroom. He knows the feeling of a sneeze. He knows the emptiness of rejection, the frustration of being misunderstood, the inward bruising of slander.

Let’s walk together, quietly, into the hours just before Jesus met the thorns of His torture and suffering.

A few hours before the physical agony of the cross, we find Jesus in emotional agony. He sneaked away to a favorite place of His, a garden outside Jerusalem’s city walls. Inside the walls, thousands of torches pierce the darkness, a city teeming with tourists, all there to celebrate the festival of the year, Passover. (A holiday that, not incidentally, celebrates God’s redemption through shedding the blood of a spotless, sacrificial lamb, reminding believers of their rescue out of slavery, out of a foreign land.)

Many of tourists packing Jerusalem admire Jesus. Thousands are talking about Him, even now, as they finish their ceremonial Passover dinners. They’ve heard of Jesus’ miracles. Many have seen Jesus heal the blind or raise the dead to life. Thousands have eaten the fish He multiplied. Some even believe He is Messiah—God among us, to save us. A whole mob of them spent the week chanting exactly those words.

In this moment of personal emotional turmoil, Jesus could have chosen to remain among His admirers. He could have found human comfort in their admiration, their desire to be near a celebrity leader, their gushing all night long about His miracles. Instead, Jesus walks away from the warmth and comfort of other people. Out into the cool evening dark, where He has always found His true comfort, with His Heavenly Father.

He walks beyond the city walls, choosing the path of death. He goes to Olive Mountain. There, in the chill of the setting sun, Jesus approaches God His Father in prayer.

In the evening dew of Gethsemane Garden, we find Jesus, still physically healthy, anticipating the pain of the cross. Jesus, who created the thorn-free Garden of Eden, now asks the Father if He can avoid the thorns of the cross. Like Paul the Apostle, who would later follow Him, Jesus will ask not once or twice. Three times He pleads to escape from His pain.

We can look in on Jesus as He prays these prayers. We see Him. The flesh of His back not yet notched by the shredding teeth of the Roman whip. The calloused flesh of His hands and feet do not yet have gaping punctures torn by the stakes, which will drive through the tissue that holds His finger and toes together.

The skin on His forehead is sweaty as He agonizes. Is that perspiration, or drops of blood glistening in the dark? Jesus’ moist brow does not yet bear the swollen trace of thorns, which will push through the muscle and nerves, toothpicks through finger-food, before scraping against the white bone of skull.

Jesus, in this moment, has no thorns in His flesh. But He knows they are coming.

From the common thorn bushes of the region, His thorns will be tied like barbed wire into a mock crown, will puncture the sensitive nerves of His forehead, bludgeoning their way through blood vessels, delicate facial muscle and tissue.

Jesus knows those thorns are coming. And, being just as fully human as you and I, Jesus begs God the Father to remove these thorns from His near future. He begs to avoid such sufferings in His flesh, in His emotions, in His spirit.

What is that, happening to Jesus as He prays?

He chokes on the uncontrollable, rhythmic, heaving sobs of grief. Of agony. He cries out in such desperation that, as He stumbles in circles, He falls to the ground, scraping His body, so weighed down by the sorrow of His coming thorns that He cannot raise His head.

Moments earlier, Jesus asked His closest friends to support Him in prayer. “My soul is overwhelmed with sorrow, to the point of death,” He told them, using every word of His era for despair and emotional agony.

Jesus is suffering through the most difficult time in His life—and how do His closest friends respond? They fall asleep.

Here is almighty God, abandoned by His closest friends.

All of this, not because God is weak, but because Jesus willingly, voluntarily limited His God-powers, when He stepped down into our human form. (See Philippians 2).

We know of Jesus the Savior. Jesus the Healer. Jesus the Judge, who will return to earth to winnow out evil, who will cast Satan into hell for eternity. These are all true of Jesus. Just as true, Isaiah the prophet tells us, is Jesus the “man of sorrows.”

To carry our weakness, He volunteered to live under our weakness, as one “despised and rejected by men, a man of sorrows, and familiar with suffering. Like one from whom men hide their faces.” (Isaiah 53:3)

Do you know how it feels to be so disfigured that people turn their faces away from you, grimacing? Jesus does. Your saving God is “familiar with suffering.” He does not look down from a distance, unconcerned or uncaring about your hurts.

Here in Gethsemane, as Jesus stumbles in circles, as He crawls on His knees, clawing toward the sky and crying to the heavens, Jesus, who cannot lie, whimpers, “My soul is overwhelmed with sorrow to the point of death.” (Mathew 26:38)

As Jesus cries in prayer, struggling in sorrow, falling to the ground, He begs God the Father to take away the thorns that will soon impale Him.

And, being spiritually One with God Himself, Jesus could have chosen to avoid those thorns.

He asks the Father “Is there any other way?” Any other way to complete the Father’s plan, to restore humanity back to God, to repurpose evil, to forgive all who seek God? Jesus asks two times: “if there is any other way, let this pass from me.” (Luke 22:42)

Then, Jesus prays a third time. He asks God the Father, one last time, if somehow He can avoid the coming pain of His thorns in the flesh.

And then, He surrenders.

If God the Father said the Cross could be repurposed for good, then Jesus believed it.

This article was excerpted from the book I Am Strong: Finding God’s Peace and Strength in Life’s Darkest Moments by John S. Dickerson (Zondervan).