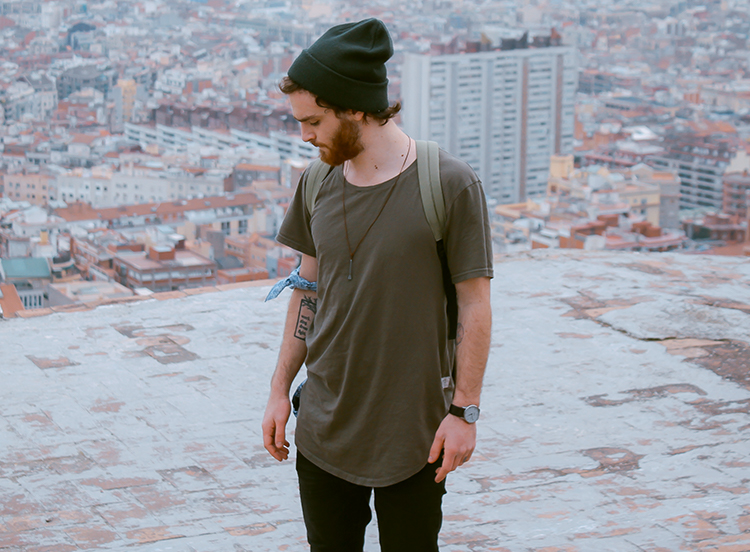 When I was in college, Bank of America came after me, claiming I owed them more than $10,000.

I had never even cashed a check in a Bank of America, so I told the collection agency as much. I got some help in proving my identity to them. Eventually, they backed off as I proved I wasn’t the Scott Savage they were looking for. At the end of the day, it came down to the fact that their Scot had one “t” in his first name and I had two.

A year later, a couple at my home church in Las Vegas came up to my dad and told him how excited they were for me. When he asked why they were so excited, they thought he was playing dumb.

They said, “Because we just saw him win $57,000 on Wheel of Fortune last night!” It wasn’t me, though; I’ve never been on a game show. But it was a Scot (with one “t”) Savage from Las Vegas, Nevada. We’re fairly certain it was the man Bank of America was after. So hopefully they got their money out of what he won!

Struggling to Define Our Identities

The importance of our identity goes far beyond theft or being confused for a game show winner. Our identity is one of the most important things about us.

And yet, it is our identity and our struggle to define it and live true to it, which causes significant angst and anxiety within us. The struggle of my generation to claim their identity is one reason why we’ve become culture’s punching bag. We’re watching millennials trying to find out who they are via non-stop social media posts.

For those of you who are older, do you remember how you struggled to figure out who you were? Would you want to show each stumble and struggle in HD pixels along the way? I doubt it.

Identity issues plague all of us, though. As a pastor, I watch some men struggle with identity whenever they fail to perform at work, lose their job or retire. Because in a world where the first question you get asked is, “What’s your name?” and the second one is “What do you do?” losing what you do can shatter your sense of who you are.

I watch some women struggle with their identity because they feel inadequate in staying home to raise their kids instead of being “strong, independent and career-minded.” And I’ve seen some women with a career feel like they don’t measure up to the standard of the “perfect moms” whose parties look like a Pinterest post, even while they’re earning a bonus at work.

The Second Most Important Thing About You

A.W. Tozer was a prolific author and pastor in the middle of the 20th century. His famous books like The Pursuit of God and Knowledge of the Holy continue to sell well today.

I’m no Tozer, so I’m not going to argue with him. But recently, I began wondering, “If that’s the most important thing, what’s the second?”

Have you ever considered that question—what God thinks about when God thinks about you? What comes to mind for God when you come to mind? I think this is an incredibly important question. Subconsciously, I believe our answer to this question defines the way we view ourselves, the way we interact with others and the way we live on a daily basis.

Does God Really Love Me?

While we sing songs about God’s love and read verses describing God’s kindness, many of us live as if God’s unconditional love is more of a dream than reality. And when I write “we,”I really mean “me.”

My response to personal failure and sin reveals that I may be able to quote John 3:16 from memory, but most of the time I don’t view God’s primary response to me and my sin as love.

For years, my functional understanding of God has been far from a Father who loves unconditionally and closer to a Master who cannot understand why I keep messing up. I’ve spent the majority of my life trying to understand how God could love me unconditionally. On many days, I’ve hustled to earn God’s love and related to Him more as a boss than Father. I regularly function as if I can earn God’s love if I just keep everything together for long enough.

Whether that struggle comes from my personality, my childhood or something else, I’m not sure. But I’ve found it a lot easier to tell other people about God’s unconditional love than embrace it myself. And I doubt that I’m alone.

It feels foreign to believe that our worst moments don’t change God’s love for us. We suspect forgiveness and grace is a divine game of bait-and-switch, so we keep waiting for the other shoe to drop, to feel the hammer of condemnation and judgment.

But I’ve come to believe we will be waiting forever if we hold out for that moment.

When I Finally Understood What God Thought About Me

Over 10 years ago, I stumbled onto Brennan Manning’s book, The Ragamuffin Gospel. Manning shared with raw vulnerability about his own sin and brokenness. Amidst addictions and failures, he shared how he discovered God didn’t have to love him; God chose to love him. It wasn’t an obligation; it was a joy and delight. This was a new way of thinking for me and it may be for you too. Many of us believe God has to love us, but He doesn’t really like us.

In Genesis 1:27, we learn we were created in the image of God. Psalm 139:13-16 says we were made by God’s hand. John 1:12-13 states we are God’s sons and daughters. Romans 8:1 announces that in Christ, we are no longer condemned. Romans 8:37 states we are more than conquerors. 1 Corinthians 12:27 refers to followers of Jesus as the body of Christ on Earth. 2 Corinthians 5:17 says we are new creations. Galatians 2:20 indicates Christ lives in us. Ephesians 2:4-5 says we have been saved by grace and are now alive in Christ. Ephesians 2:10 describes us as God’s masterpiece, His crowning achievement. Colossians 1:13-14 announces we are forgiven. And finally, Philippians 1:6 states we are unfinished works which God will complete.

In the years since I discovered those verses and underlined nearly every word in Manning’s book, I’ve tried to make the switch from basing my identity on what I think I about when I think about me to what God thinks about when God thinks about me. It’s not been an easy transition and I still struggle on some days, but I’ve found a new sense of freedom in relating to God and other people as I’ve trusted what He says over what I feel.

An Important Question to Answer

If Tozer was right, then we need to determine what we think about when we think about God. Because our view of God impacts our view of everything else. But once we begin exploring that question, we shouldn’t avoid the question I raised. I believe what God says about us is the truest thing about us. And when we build our sense of identity on His perspective, we gain the confidence, security and freedom we’ve been looking for all along. This identity is one no one can take away from us.

At Least 250 Migrants Have Gone Missing in the Mediterranean Sea