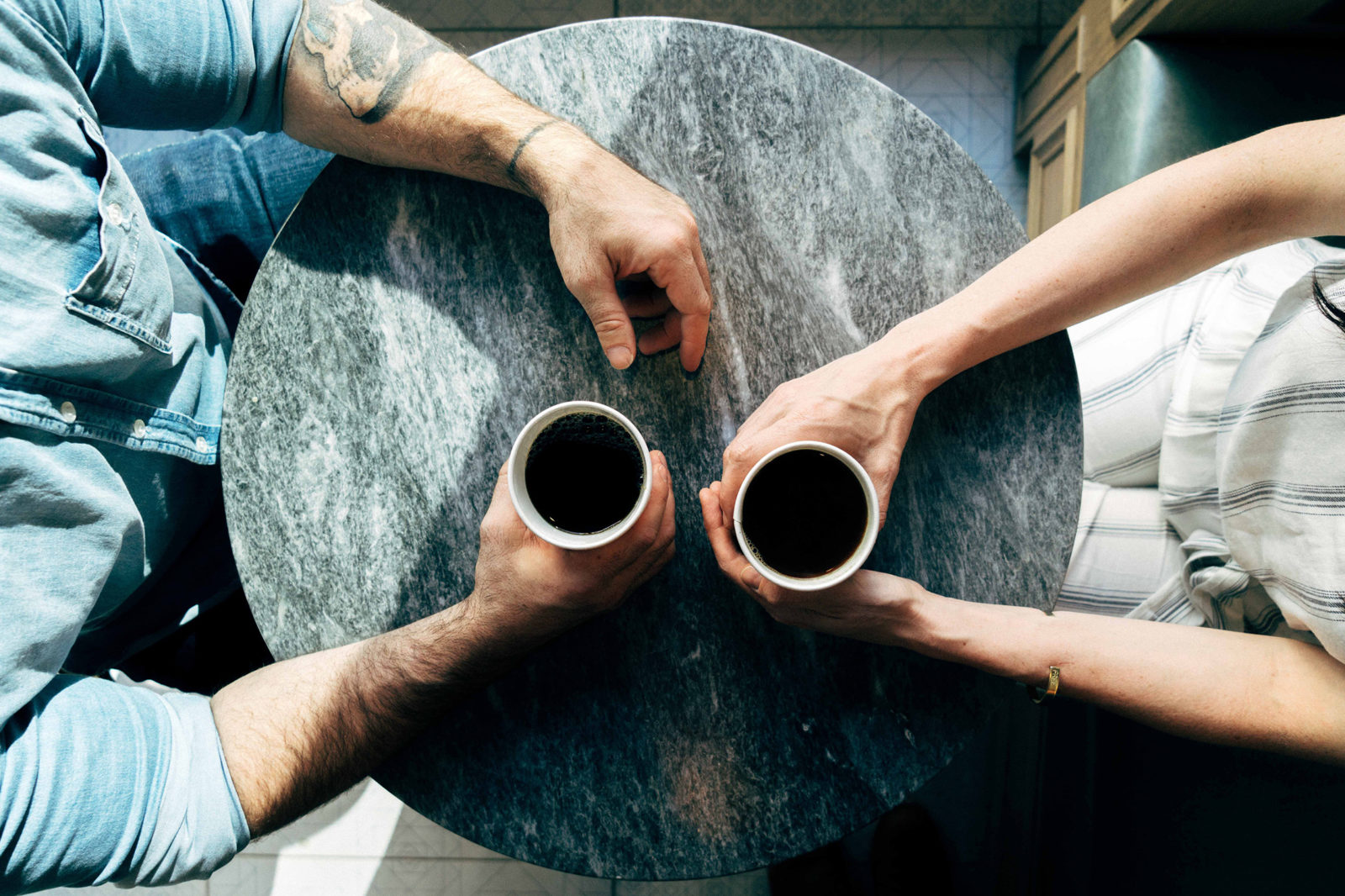 The Mega-Problem Behind the ‘Falls’ of Megachurch Pastors

I have lived in three countries, rented six apartments and attended five churches in only six years. My nomadic lifestyle has been a necessity, but it has also been a choice. A choice to learn about other cultures, and to not be limited by the assumptions of my Christian sub-culture.

The same cannot be said for many evangelicals, especially in our relations with non-Christians.

Recent polls from Pew Research Center and the Barna Group confirm that American evangelicalism is polarizing to outsiders, and this was before the chaos of 2020. Now we are associated with prominent anti-maskers, we are viewed as hostile or indifferent to the Black Lives Matter movement and we continue to largely support a very unpopular President.

It is true that we are to be ‘in the world, but not of it’, yet the evangelical church seems to be wearing noise-cancelling headphones as we roam the streets of America, preaching and shouting.

For example, this summer the megachurch pastor John MacArthur defied public health orders and re-opened his church at full capacity. MacArthur could have been compliant in the name of loving one’s neighbor—which both Christians and non-Christians could understand. Instead, his actions suggested to the secular media that he “doesn’t care about…[people’s] wellbeing.”

Then, in one of the biggest evangelical stories of the year, a friend of Jerry Falwell Jr.—President of Liberty University at that time—claimed he had an affair with Becki Falwell and Jerry liked to watch. Falwell Jr. denied any involvement, but instead of recognizing how this could reflect poorly on a University with a strict moral code, he confirmed Becki’s affair and stressed how painful this was for him. One journalist detected the strategy: “Blame the wife.”

With stories like these, you could say that 2020 will do more damage to evangelicalism’s public credibility than any year in recent memory. Some evangelicals blame the media, but prudence tells us to point the finger at ourselves first. Whatever we gain by stirring controversy or saving face, it comes at the cost of the church’s witness. This is not limited to our leaders, either. Many Christians talk on social media as if the world is blind. We have only ourselves to blame.

What is most concerning about our failures is that they represent not merely a lack of wisdom, but a disregard for God’s Word. The New Testament urges us to select elders who are “reputable to outsiders” (1 Tim. 3:7), to speak in a manner that is “intelligible” to non-Christians (1 Cor. 14:9) and to live “such good lives” that even our detractors see our virtues (1 Pt. 2:12).

If American evangelicalism is to improve its witness in the 2020s, we need to cultivate a special kind of listening, where we do not simply endure the opinions of non-Christians to be polite. We listen to learn how to embody Jesus to our world. This interaction, what some scholars call ‘outsider concern’, was crucial to early Christianity’s growth. It is essential for us too. Our Lord can use non-Christians to improve our witness, and to make us more like himself.

The Irony of Grace

The roots of early Christianity’s ‘outsider concern’ are found in the Old Testament. Many of the first Christians were Jews who were raised on stories of foreign kings calling Abraham to a higher standard (Gen. 12:18, 20:9) or Moses benefitting from the counsel of his Midianite father in-law (Ex. 18:17-18). The earliest Christians developed this theme in the Gospel of Mark, which depicts a confused group of disciples trying to solve the riddle of Jesus’s identity. Eventually the centurion supervising the crucifixion provides the answer: “Surely this is the Son of God!” (Mk. 15:39). This event reminds us that God’s grace is an irony. It favors the unfavorable and works in unexpected places. While God promises that his people will grow, this does not guarantee that we are imminently wise or good. We should always be listening to others, including those beyond the Christian bubble, because they are often more virtuous or perceptive than us.

I was recently reminded of this lesson while watching The Social Dilemma, a new Netflix documentary about the ills of social media. It was striking to hear elite entrepreneurs—most of whom are far from being ideologically aligned with Christianity—discuss how phone addictions can ruin family life and how they take steps to protect their children online. Some of these folks had even done what I could never imagine myself or my Christian friends doing: they had the self-control to crush their addiction to social media by deleting their accounts altogether.

The First Benefit of Listening

If the irony of God’s grace allows us to listen to outsiders, what are the benefits of doing this?

At the very least, listening to outsiders keeps us accountable.

Paul calls us to “not return evil for evil but consider what is good in the sight of all people” (Rom. 12:17). Notice that he allows the world’s perception to play a role in what Christians do. Our lives should be understood by all people—as much as possible—as good and beneficial. The presence of outsiders forces us to be intentional about being the light of the world. Similarly, Peter wants believers to speak well before outsiders so that they maintain a “clear conscience” (1 Pt. 3:15-16). This is pertinent today when, according to the Barna Group, the greatest objections to Christianity are not intellectual, but behavioral: Christians are viewed as hypocrites.

A charge of hypocrisy is not surprising to me. I recently watched in horror as a pastor trended on social media for his conclusion that Breonna Taylor—who was recklessly killed by police in Louisville—would not have died if she had not been sleeping with her boyfriend. This statement is simply incorrect on a factual level. It is also loveless, and possibly racist. I can only imagine the impression that this statement left among non-Christians who saw it on their news feed.

Beyond growing in love and integrity, a solution to our hypocrisy is to be more aware of how outsiders perceive our words or actions. When preparing to speak or write, I was told to place several chairs in front of me and imagine different audience members sitting in them. The goal is to develop arguments that are persuasive for as many people as possible. Too many Christians speak to one audience member: another believer who already agrees with them.

Partners with a Cause

Another possibility created by increasing our ‘outsider concern’ is Christians and non-Christians working together for the common good. Long before Christians advocated for various “pro-life” causes, some Stoic philosophers championed the same things, including the end of the gladiatorial games. As the church grew, Christian voices joined the Stoics in describing gladiator battles—usually forced upon slaves and prisoners—as inhumane and grotesque. These voices were few, but over the centuries, so many Christians began to reject the games that if a person were to stop going to them, they were immediately suspected of being a new convert.

It may be tempting to think that Christianity’s successful bid to ban gladiator contests was simply the result of applying principles of mercy and love. However, early Christians were strategic about their public witness. In one of the most famous treatises against the games, Tertullian’s The Shows, he switches between addressing “heathens” and “Christians” with arguments tailored to each audience. According to Rodney Stark, this is the key to early Christianity’s growth: open networks. The early Christians spoke, wrote and lived in ways that were accessible to outsiders.

Being the Church, Being Human

In contrast to the open networks of the first Christians, many of us think our witness is strongest when it is strangest: go to church and flee the world. We are forgetting our common humanity.

In the second-century letter known as the Epistle to Diognetus, the author describes Christians as a “third race”—after Jews and Romans. Many people use this to defend the idea that early Christians were the original Jesus freaks, a group so odd that they were destined to rock the mores of society. What we miss is the conclusion that this race is the ‘soul of the world’ which champions love and decency.

Christians will live differently from other people, but we should never act like another species entirely. We must develop our humanity. Early Christians did this when they listened to the world and responded to its atrocities, like the gladiatorial games. Their work echoed Jesus’s own ministry, where he showed that he was God, but also the model human being (1 Pt. 2:21). Jesus was different if only because he was so perfectly human: showing love, speaking truth, following God.

This may be the final irony of grace, that to be Jesus’s church in the 2020s—like the church in its first centuries—we have to pay more attention to the world and more often be its loving advocate rather than its sworn enemy.

B.G. White is Assistant Professor of Biblical Studies at The King’s College in New York City. You can follow him on Twitter @bg__white.